In a momentous and mammoth move, the code name 007 has been assigned to a woman and that too black. While Daniel Craig is set to reprise his role as the iconic British secret service agent James Bond in the next film, the franchise is set to shake up by roping in Lashana Lynch who has been cast as the new agent who takes over the 007 code. She takes up Bond’s secret agent number after his character leaves MI6.

Lashana shared a picture on her Instagram which shows her with the code number. Lashana captioned the picture as, “Cat’s finally outta the bag! #BOND25.” The 25th installment of the Bond film will see for the first time a woman that too a Black taking on the ‘license to kill’ number. The character created by author Ian Fleming has always been played by dashing white men and the women in the films were always relegated to secondary characters.

RECOMMENDED READ: Watch: The first trailer for 'Knives Out' is a wild take on whodunits starring Daniel Craig and Chris Evans

A leading international daily quoted a source talking about Bond 25 and revealed that the film opens with Bond (Craig), retired in Jamaica being called back to action to fight a new miscreant. The daily quoted a source, “There is a pivotal scene at the start of the film where M says, “Come in 007”, and in walks Lashana who is black, beautiful and a woman. It’s a popcorn-dropping moment. Bond is still Bond but he’s been replaced as 007. Bond, of course, is sexually attracted to the new female 007 and tries his usual seduction tricks, but is baffled when they don't work on a brilliant, young black woman who basically rolls her eyes at him and has no interest in jumping into his bed. Well, certainly not at the beginning.” The source further added that the phrase 'Bond girls' is now forbidden, saying, “We were all told that from now on they are to be addressed as 'Bond women'.”

On set with #Bond25: Jamaica.
Check out director Cary Fukunaga, Daniel Craig (James Bond #007), @jfreewright (Felix Leiter) and @LashanaLynch (Nomi) in this behind the scenes look at our recent Caribbean filming. Watch the full video at https://t.co/1JH3zpzGuv pic.twitter.com/cIo5iMzVoN

This momentous decision is credited to the feminist TV writer, Phoebe Waller-Bridge. Talking to a daily, Phoebe said, “There’s been a lot of talk about whether or not Bond is relevant now because of who he is and the way he treats women. I think that’s bollocks. I think he’s absolutely relevant now. The franchise has just got to grow. It has just got to evolve, and the important thing is that the film treats the women properly. He doesn’t have to. He needs to be true to his character.” 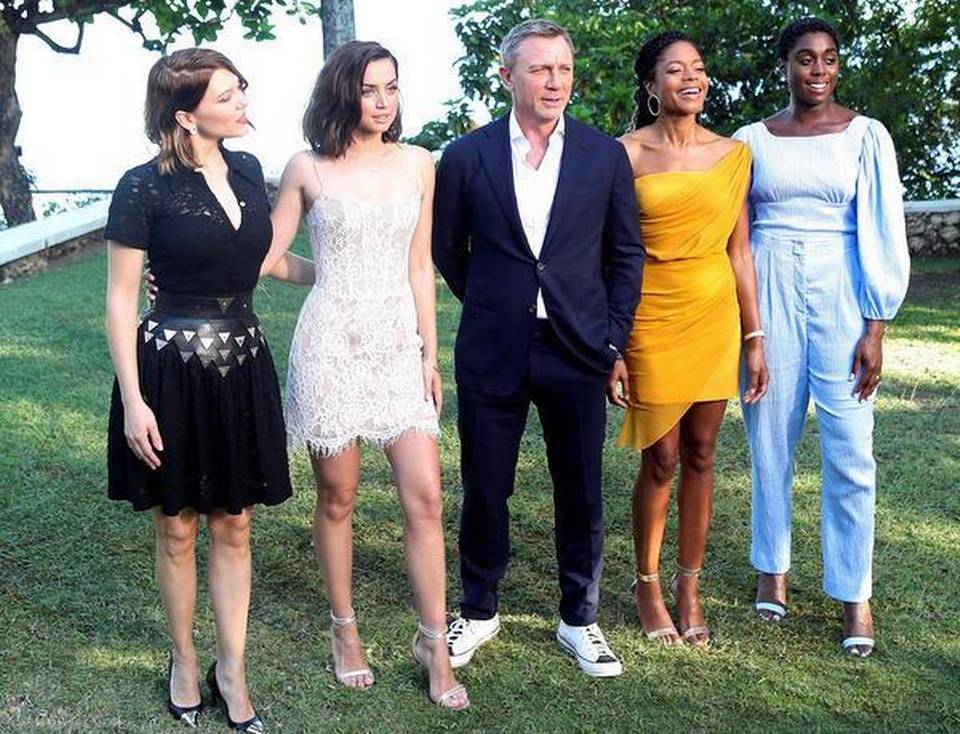 The move has been hailed by a lot of people on Twitter as well.

Wow. Lashana Lynch is the next 007. She’s not playing Bond, but will take over the code name. Brava, Phoebe Waller-Bridge for ushering in a new era where WoC can lead a spy series, like Sandra Oh in #KillingEve. H/t @iamlaurenp https://t.co/qcSpMHF2zR

I LOVE THIS SONG KEEP IT GOING

Lashana has appeared in Captain Marvel, and on many British telly series like, Still Star-Crossed and Crims.