David and Victoria Beckham marked their 20th wedding anniversary on Thursday. The famous couple gushed over one another in a series of sweet Instagram posts which included throwbacks to their lavish and iconic wedding while they were also honoured by their sons Romeo, 16, and Cruz, 14.

David, 44, and Victoria, 45, married on July 4 1999 at Luttrellstown Castle, just outside Dublin, and to mark 20 years since the big day, they spoke about their love for one another. On Thursday, social media was awash with images, as David shared a series of shots from both past and present, with the caption: 'WOW 20 years , look what we created Love you so much', as he gave a nod to their four kids.

Recommended Read: Keanu Reeves and Angelina Jolie might be dating and we don't know how to feel about it

Victoria shared a stunning video with a collage of early shots of their wedding while adding the caption, "20 years today. I love you so much xxxxx Kisses x".

20 years today. I love you so much xxxxx Kisses x @davidbeckham

Happy 20th anniversary to the best parents love you so much ♥♥

David also took to his Instagram stories to unveil the book Harper had made to thank her parents for all their support while also detailing their love of working out and parties. 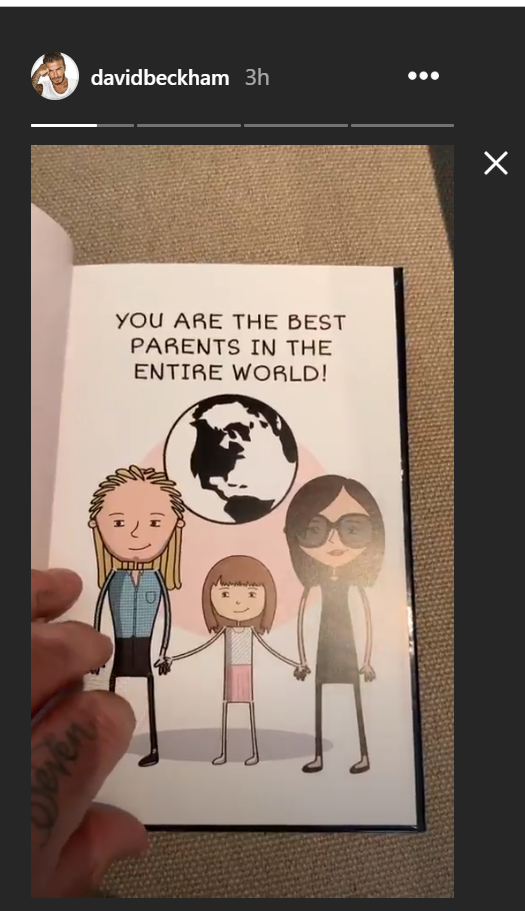