Advertisement
HomeHOLLYWOODNewsFrozen 2: Anna and Elsa brave the cold winds in a new poster ahead of the trailer release tomorrow

Frozen 2: Anna and Elsa brave the cold winds in a new poster ahead of the trailer release tomorrow 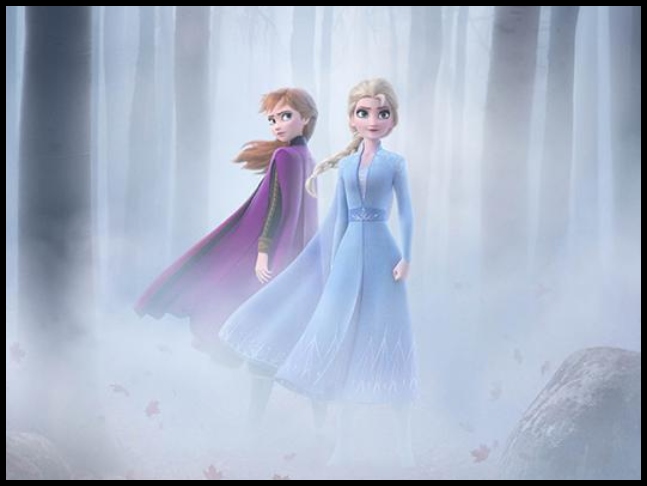 Come November and not only the weather will take a turn but cold winds will be coming our way as well because Walt Disney Pictures and Walt Disney Animation Studios will release the much-anticipated film Frozen 2. The first film Frozen was a roaring hit with children as well as adults alike for its new take on Hans Christian Andersen's fairy tale The Snow Queen. Ever since the 2013 film released people have been quoting the line, 'some people are worth melting for.' From ballet recitals to skits to birthday themes, Frozen has been one of the most watched and loved animated films of the recent times. While the teaser of the sequel is already a hit, the makers unveiled a new poster today prior to releasing the trailer tomorrow.

The new poster shows Elsa and Anna braving the cold winds standing in the woods. The new poster does not feature Olaf, Kristoff or Sven but only the two sisters. Elsa is wearing a different gown as to what she wore in the previous film and looks unafraid, gritty and determined at whatever she is looking at. The Disney Queen in the poster looks fierce and ready to meet every danger head on while Anna is seen wearing the traveling cloak that she wore in the previous film and is dutifully watching Elsa’s back. Check out the poster below. RECOMMENDED READ: Kylie Jenner shares adorable BTS video of daughter Stormi Webster during a photoshoot and you can see a star in the making!

Frozen 2 is directed by Jennifer Lee and Chris Buck and produced by Peter Del Vecho. It features the voices of Idina Menzel, Kristen Bell, Jonathan Groff and Josh Gad, and the music of Oscar-winning songwriters Kristen Anderson-Lopez and Robert Lopez. We can’t wait for the trailer to drop tomorrow. Watch this space for the trailer.