Advertisement
HomeHOLLYWOODNewsGame of Thrones Season 8: Battle of the Brothers! The glorious 'Clegane Bowl' between The Mountain and The Hound was a gripping and an edge-of-the-seat experience

Game of Thrones Season 8: Battle of the Brothers! The glorious 'Clegane Bowl' between The Mountain and The Hound was a gripping and an edge-of-the-seat experience

Amidst all the fire and blood, that was episode 5 on the final season of Game of Thrones, the fans finally got what they wanted since its 7 long seasons – The Hound v/s The Mountain. It’s Clegane Bowl time! As the terrific duo of Arya Stark and Sandor-Hound-Clegane, left from Winterfell to kill their respective person on the ‘list’, we knew we had something big coming up and oh boy, we sure were not disappointed.

You know who’s coming for you! 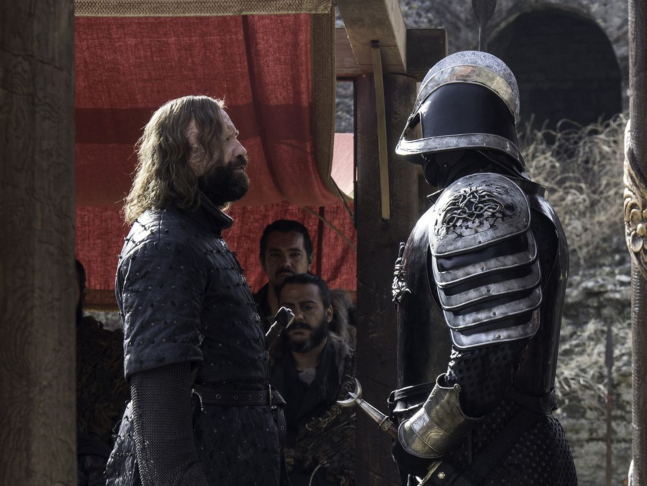 While the capital city of Westeros, Kings Landing was being turned to ashes and ruins, we witnessed an epic battle between the brothers at the fallen Red Keep. Sandor a.k.aThe Hound, who would stop at nothing for his revenge from his big brother Mountain, finally had the chance to pay back. This battle scene was a beautifully filmed sequence which was gripping and equally nerve-wracking. Both of them gave an equal fight falling and collapsing amidst broken towers and turrets. 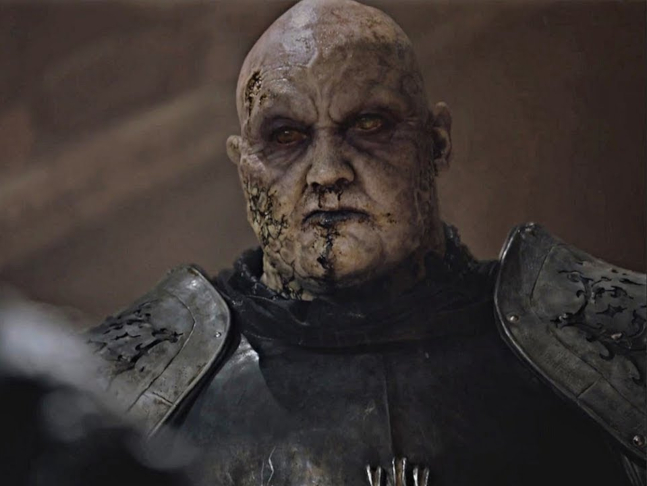 After stabbing the Mounting for like, multiple times, Hound realized that his zombie brother could not be killed this easy. That’s when the tables turned in the favour of Gregor who bashed his Sandor to no extent. There was also a moment where we all feared for his (Sandor) life when the rotten Clegane pulled an Oberyn version 2.0 on our beloved chicken lover! 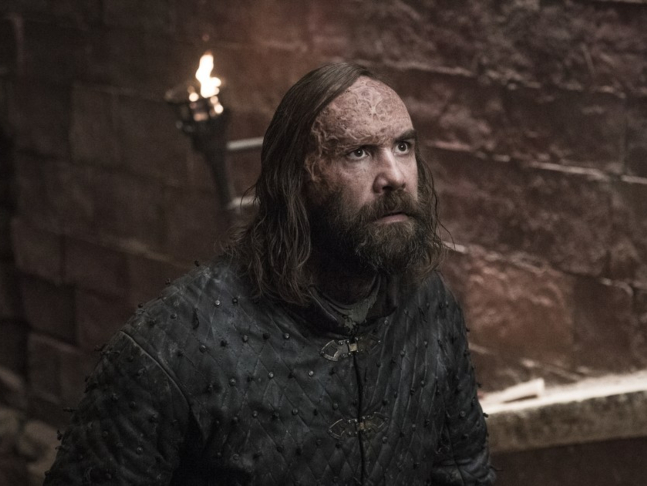 Knowing that only fire could kill him, Sandor did the most heroic thing ever. He pushed himself and his brother off the castle’s edge into the pits of dragon fire which he dreaded the most. No, we are not crying…you are!

R.I.P to our most favourite Hound, may you get all the chicken in your afterlife!