The directors of Avengers: Endgame, Joe and Anthony Russo have revealed that the Marvel Cinematic Universe (MCU) will soon take a major step for LGBTQ representation.

Filmmakers Joe and Anthony have said that that a character will be revealed as gay in an upcoming film, and they suggested it’s a person fans already know.

The other night, we surprised a few Endgame audiences throughout Los Angeles. The energy was electric. We cannot thank all of our fans enough. You’ve made the journey for the two of us absolutely incredible over the last seven years...

Recommended Read: Filmmaker James Cameron congratulates the team of 'Avengers: Endgame' for sinking his 'Titanic' at the box-office

The topic came up when hosts of a radio talk show were asking the Russos about the small part Joe played as a grieving man in a therapy session that was intended to show how ordinary people are dealing with the loss of loved ones after the Snap. “It was an integral scene to show how the world was reacting to what happened in at the end of Infinity War”, Joe said.

The host asked to clarify if it truly was the first out gay character in a Marvel film and that’s when things got revealing. “Yes, openly gay,” Joe emphasized. “There’ve been insinuations about other characters’ sexuality, but this is the first openly gay character." “Who else is gay?” the host asked. “Uhhh,” Joe said, perhaps realizing he opened a door he shouldn’t have. “We’re gonna find out! That’s a story for another day,” Anthony said. 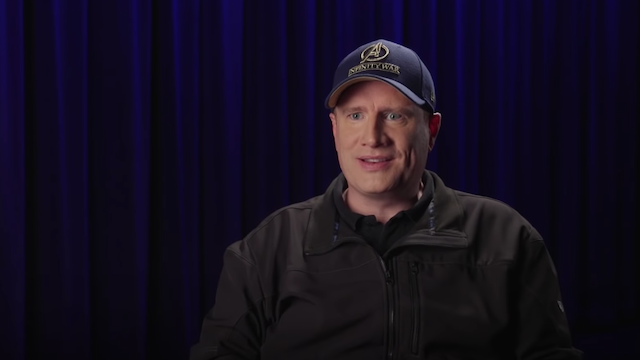 Last summer, Marvel Studios President Kevin Feige said two openly gay characters would be revealed, “Both ones you’ve seen and ones you haven’t seen.” If Joe Russo’s character is the one we hadn’t seen before, the question remains who among the characters we know will come out. “There is a gay character coming up in one of their films, and I think Kevin will make that announcement, I’m sure pretty soon,” Joe said.

‘Dhoom 2’ was my induction into the school of how to be sexy: Hrithik Roshan