Advertisement
HomeHOLLYWOODNewsGame of Thrones Season 8: Not Cersei, but ‘green-eyed’ Daenerys to be the next on Arya’s infamous kill-list?

Game of Thrones Season 8: Not Cersei, but ‘green-eyed’ Daenerys to be the next on Arya’s infamous kill-list?

“I see a darkness in you, and in that darkness I see some eyes staring back at me- brown eyes, blue eyes, green eyes. Eyes you’ll shut forever. We will meet again”

Safe to say Arya Stark has ticked off the brown eyes and blue eyes from Melisandre’s prophecy in the previous episodes of HBO’s drama series Game of Thrones 8 but there is a lot of speculation going on with the green-eyed queen. Fans earlier predicted that it would be Cersei Lannister who would be killed by assassin Arya given that she has green eyes which fits Mel’s prophecy. 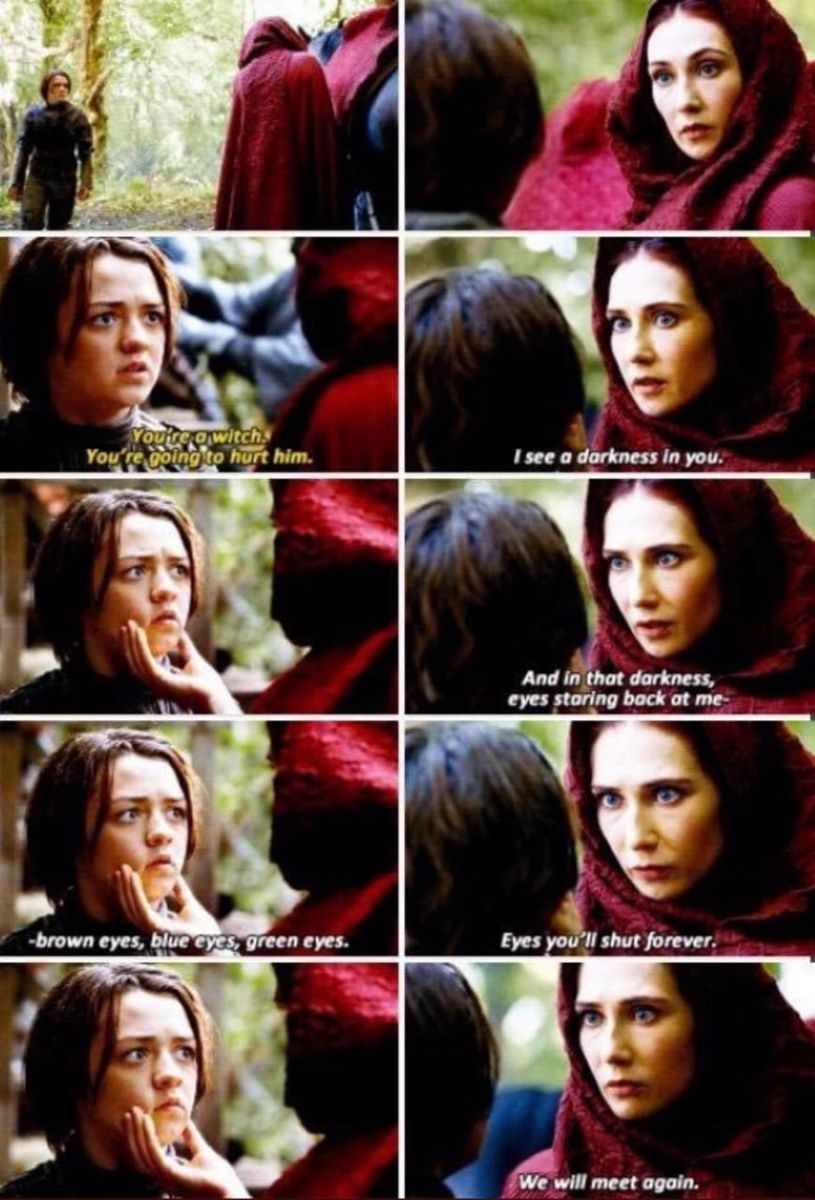 Turns out we have one more green-eyed beauty- Daenerys Targaryen. When the camera zoomed in on angry and fumed Dany in the fourth episode of the final season, some fans couldn’t help but notice the colour of her eyes. 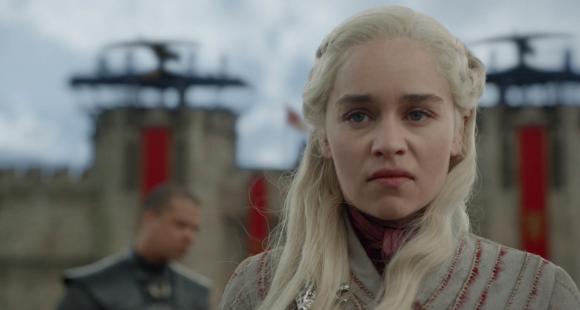 Looking at the plot until now, the mother of the dragons has lost her two children and a bunch of her friends and advisors. To top that, her claim for the Iron Throne could now be challenged with Jon snow in the picture. It wouldn’t be surprising to any of us if the Mad Queen commands to ‘Burn them All’ causing Arya to kill her and save everyone from her wrath!

Would vulnerable and vengeance-seeking Dany fall prey for Arya’s needle? Or will it actually be Cersei? Or none of them as she has already slit the throat of green-eyed Little finger. So many questions with only two episodes left!

Decisions, decisions. Which green-eyed queen would Arya go for?