In an effort to raise awareness and fight the cause of climate change and pollution, Game of Thrones actor Jason Momoa has shaved off his majestic beard for the first time since 2012. Needless to say, the fans are freaking out!

Jason took to his official Instagram and Youtube to share the video of himself shaving his beard off in an effort to promote a new line of "100% recyclable aluminum" cans that he has launched in collaboration with the Ball Corporation. Fans have been mourning the loss of his facial hair ever since and have taken to social media to share their pain.

He captioned the video, "Goodbye DROGO, AQUAMAN, DECLAN, BABA! I'm shaving this beast off, it's time to make a change," he wrote in the caption to the video, bidding farewell to the look of several of his most famous characters. "A change for the better...for my kids, for your kids, the world."

Goodbye DROGO, AQUAMAN, DECLAN, BABA New YouTube episode please subscribe and share this video. LINK in BIO . I’m SHAVING this beast off, It’s time to make a change. A change for the better...for my kids, your kids, the world. Let’s make a positive change for the health of our planet. Let’s clean up our oceans our land . Join me on this journey. Let’s make the switch to infinitely recyclable aluminum. Water in cans, not plastic. #ChangeisComing #mananalu #aluminum #aluminumcans #water #cannedwater #choosecans #recycle #plasticpollution #HydrateLike @ballcorporation shot on the amazing GEMINI by @reddigitalcinema and @leitzcine @leicacamerausa Aloha j. I’m sorry @i.am.aurelius does not know how to spell. It’s Infinitely RECYCLABLE. Not recycleable. He’s young. And I’m working. Sorry

“I just want to do this to raise awareness for our planet”, said Jason in the video, bidding farewell to some of his most memorable characters like Khal Drogo, Aquaman, Declan and more. Reflecting on his new appearance, which revealed his chiseled jawline, he quipped: "Looks pretty good!"

Here is how social media reacted to the video: 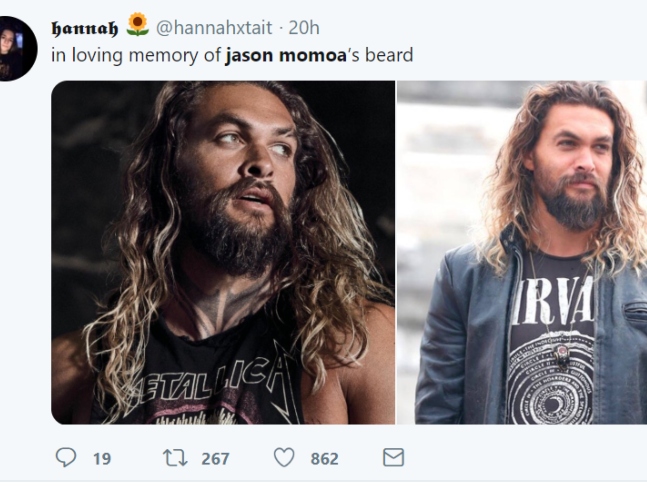 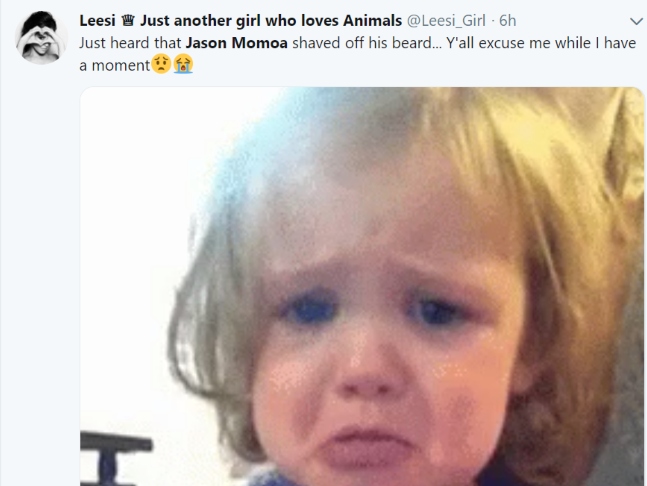 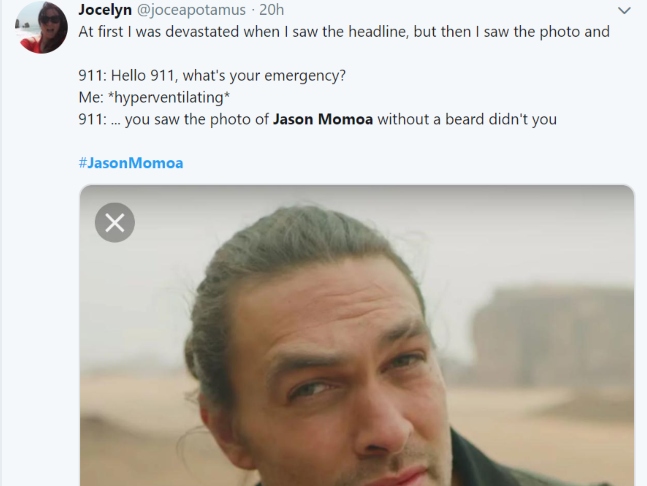 The video seemed to be shot in Jordan where Jason has been shooting for the film adaptation of Frank Herbert’s classic science fiction novel Dune. Directed by Denis Villeneuve, the film will show the handsome House Atreides swordmaster Duncan Idaho played by Jason, who is clean-shaven for the role.