The dedicated fanbase of the hit fantasy show Game of Thrones has been given exclusive footage of the struggles and funny anecdotes which are a part of making the first episode of the season 8.

This exclusive included the producers and directors talking about how difficult it was to shoot the unsullied army marching scene, director George Lucas visiting the set, how the reunion scenes for characters were planned and how extensive makeup takes place to make everything look real. Harington, who plays Jon Snow, shared, “I think what sums up the buck for me was there was a bit where Jon almost falls off. The dragon swings around really violently, like this, and my right ball got trapped, and I didn’t have time to say ‘Stop!’ And I was being swung around. “In my head, I thought, ‘This is how it ends, on this buck, swinging me around by testicles, literally’. Sorry. Probably too much information.” 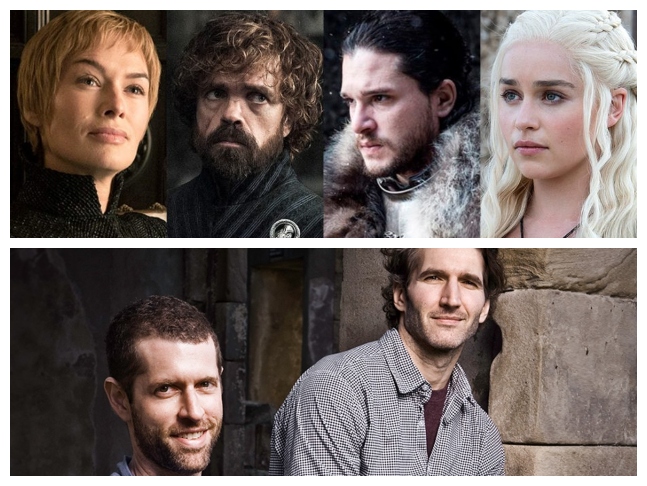 Another funny clip shown has got fans rolling with laughter! Kit is seen gagging and teasing after filming a kissing scene with co-star Emilia Clarke who plays the dragon queen Daenerys. Another moment showed Emilia laughing at Kit when he slipped on some ice.

Me and my baby (dragon) (Drogon) just very excited for you all to see #season8gameofthrones which if I’m not mistaken begins....now. #gulp #enjoy #forthethrone #forthelasttime #buckleupkids @hbo @gameofthrones # # # #

After two years of wait, fans finally got to see their favourite characters from Game of Thrones come to life with the season premiere on April 14. The next episode will air on April 20 worldwide.