Actor Maisie Williams said she got really emotional while wrapping up the hugely popular show Game of Thrones.

When asked what was her wrap day like, the actress said. "I just said a few things about how the industry has been really difficult but coming back to the show has always been worth it and that everyone was like a family to us," Williams said in a statement. "Everyone was pretty emotional by that point, having watched everyone wrap," added the actress, who essays Arya Stark in the fantasy series. 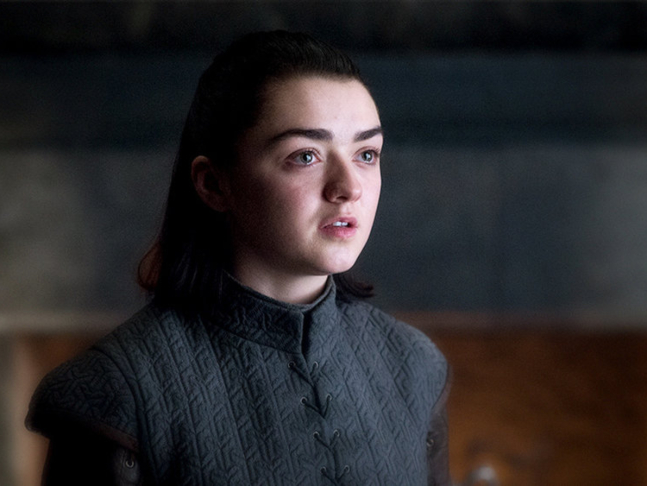 Recommended Read: Game of Thrones Recap: From Jon's resurrection to Cersei's coronation, here's everything you need to remember from season 6

The show, based on George R.R. Martin's novels, is about the quest to claim the Iron Throne. But it also stands for complicated political gambits, scheming and the backstabbing nature of people and finding love in troubled times. How will Jon Snow find out that he is not the bastard son of Ned Stark? What turn will Jon and Daenerys' relationship take? Where will Jaime Lannister go next? What's Cersei's next move? Who will kill the Night King? Who will die? And who will sit on the Iron Throne? These are some of the lingering questions that the final season will address.

The last season will premiere internationally on April 14. It will air in India on Star World on April 16 On the final season, Williams said: "I just think in these final seasons all of the women have started to really come into their own. One, that's been not very predictable. Two, it just makes a lot of sense. When you read into the show and you read into their storylines and how people have been playing the game, the five women on top have really deserved to be there. That was something that we had hoped for but the fact that the show is really going that way is just so powerful, unlike lots of other shows."

What has it been like saying goodbye to the show that has made your career? "It is actually just been really lovely. For Sophie (Turner) and I, it was our first gig, really exciting but the established actors have always, always been really lovely. It will be interesting to see how we stay in touch."