Priyanka Chopra announced that she along with her husband, American singer Nick Jonas is part of the Benefit Committee of the MET Gala 2019. On Instagram, Priyanka shared the news with a collage that featured a picture of Nick and her from the MET Gala 2017 among several other images, and wrote that she is “honored” to be a part of the committee.

“From walking the prestigious carpet for the first time, to meeting my husband and many friends for life... Nick and I are honored to be on the Benefit Committee for this year’s Met Gala. Looking forward to the first Monday in May,” Priyanka wrote in her caption.

From walking the prestigious carpet for the first time, to meeting my husband and many friends for life... Nick and I are honored to be on the Benefit Committee for this year’s Met Gala. Looking forward to the first Monday in May

The MET Gala, indeed, is special for Nick and Priyanka as the couple made their first public appearance during the event in 2017. Dressed in Ralph Lauren, Nick and Priyanka posed together during the photo-op as pictures of them went viral with speculations concerning their relationship.

Recommended Read: Watch: Priyanka Chopra trips while walking down the stairs but Nick Jonas saves her from falling 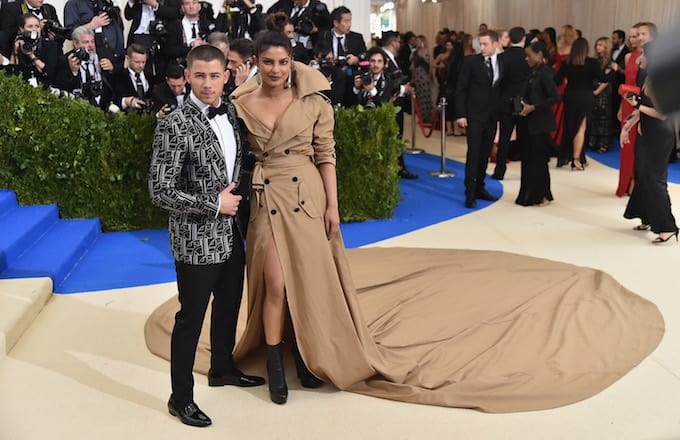 Workwise, Priyanka Chopra will appear next in Shonali Bose’s The Sky Is Pink, co-starring Farhan Akhtar and Zaira Wasim.