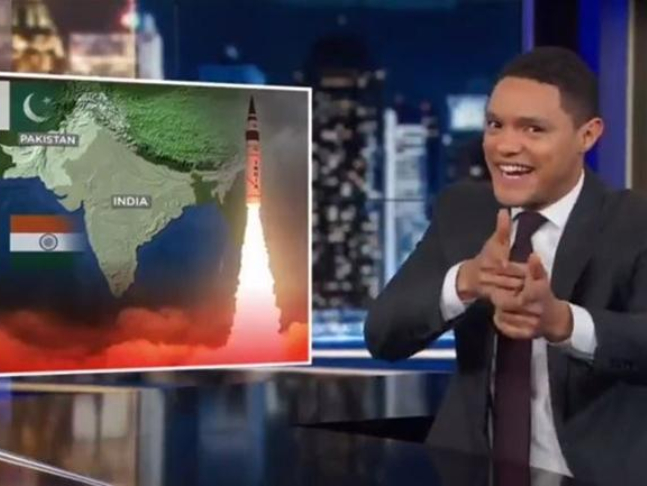 Comedian Trevor Noah, who is host of The Daily Show, has apologized for his insensitive comments on the ongoing India-Pakistan tensions after facing a severe backlash. Trevor had said during an episode of his satirical television show that if India and Pakistan go to war, then it would be the "most entertaining war of all time" and that “it would also be the longest war of all time – another dance number!" Not just that, he also did an impression of a soldier singing and dancing like a Bollywood star.

As expected, Trevor's uncalled mocking of the army personnel did not go well down with the netizens. In fact, Bollywood actor Swara Bhasker and comedian Mallika Dua called him out by telling that neither is war 'funny', nor Hindi 'gibberish.'

After facing flak, the 35-year-old comedian tweeted that he finds it amazing that his joke about the conflict between the two countries is trending more than the actual conflict. "Sometimes it seems like people are more offended by the jokes comedians make about an issue than the issue itself," he further wrote.

RECOMMENDED READ: The author of Game of Thrones, George R. R. Martin turns down a cameo in the final season of the series
Trevor further admitted that he uses comedy to "process pain and discomfort", and added that he has also made jokes about his mother being shot in the head.

Meanwhile, the comedian is not new to controversy and has often faced backlash for his satirical take on raging issues.