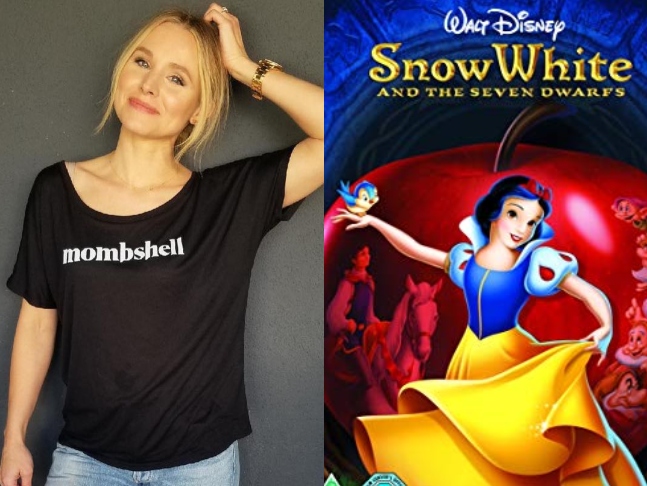 Actress Kristen Bell says the story of Snow White sends the wrong message about consent to children because she is asleep when the prince kisses her.

In an interview to Parenting magazine, the Frozen star spoke about her concerns after reading Snow White to her daughters Lincoln, five, and Delta, three, reports dailymail.co.uk.

"Every time we close Snow White, I look at my girls and ask, 'Don't you think it's weird that Snow White didn't ask the old witch why she needed to eat the apple? Or where she got that apple?'" she said.

"I say, 'I would never take food from a stranger, would you?' And my kids are like, 'No!' And I'm like, 'Okay, I'm doing something right'." she explained.

The actress also asks her daughters about the romance story line as she finds it offering the wrong view on consent.

"Don't you think that it's weird that the prince kisses Snow White without her permission?" she asks her girls.

"Because you cannot kiss someone if they're sleeping."

In the Disney classic, which was released in 1938, Snow White falls asleep after eating a poisoned apple from a witch who is jealous of her beauty.

She remains in a deathless slumber for a year until a prince who fell in love with her previously comes and kisses her. She awakens and they live happily ever after in his castle.