News, scandals and gossips…this week was full of the latest fashion happening in B-town as well as around the world and we are here to bring it all. While some took a sustainable route, others faced flak for alleged wastage. Some even started a new venture in their lives.

Missed the deets? Don’t worry we are here to spill it all!

Netflix’s latest offering Squid Game is all over the news for all the right reasons. Showing the door to the witches and vampire costumes for Halloween, millennials are opting for eerie-spunky outfits from the series. Yes, the popularity of the Korean series has led to a sudden surge in the demand for costumes for this year’s spooky party!

As per the statistics from the Sole Supplier, the demand for Vans’ white Slip Ons shot to 7800% to complete their outfit from the series. Apart from the shows, there is a sudden surge in the demand for red jumpsuits and green tracksuits, inspired by the show’s charterers. Other accessories like triangle face masks are also shooting up in sales.

Safe to say, we are going to see a lot of Squid Game looks this year! 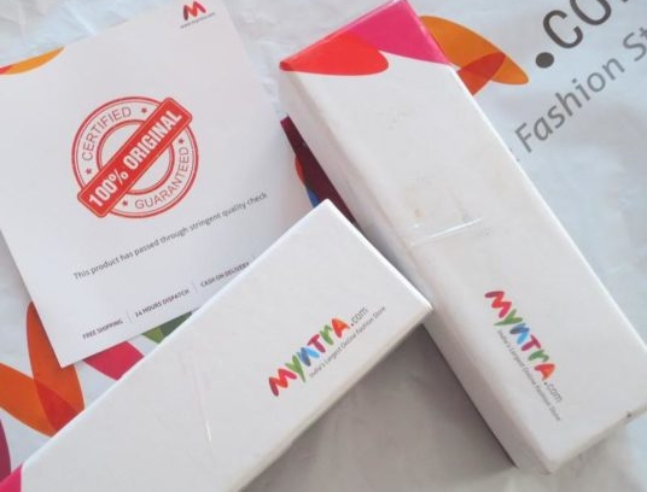 In an attempt to reduce fashion waste, India’s fast-fashion giant Myntra has decided to go the sustainable way and implemented 100% plastic-free packaging in its entire supply chain. Keeping up with its commitment made in August 2019, the e-commerce brand replaced bubble wraps, plastic cello tapes and poly covers with shredded materials and paper boxes. The plastic bag used for outer packaging has been replaced by a recycled Kraft paper pouch and RFID-tagged multi-use polyester bags. Not just this, the company has implemented a unique QR code scanning to avoid any plastic packaging.

So far, the fashion brand has managed to lead to a diversion of 670 tonnes of plastic, as of September 2021. Myntra also encouraged its seller partners to join the sustainable bandwagon and go plastic-free. “We place strong importance on sustainable and responsible business practices. Myntra has been dedicated to its mission of going plastic-free. Packaging offers a visible and tangible indication of our goal to creating a sustainable environment and moving towards a 100 percent elimination of single-use plastic is a huge step and an important milestone in the direction of sustainable practices," Amar Nagaram, Myntra's CEO, told India CSR.

Actress Sagarika Ghadge has successfully added another feather to her multifaceted hat as she recently turned into a fashion designer. The 35-year-old actress has launched her new brand ‘Akutee’ which is inspired by the women in her family.

Sharing a series of posts on her social media account, Sagarika made an official announcement of her venture. We see the actress posing in a sage green organza drape richly elevated with foil motifs all over it. Evidently, this newly launched brand is a reflection of the classical times from the bygone era. Other than sarees, the newly unveiled first line of the collection featured a pastel mint organza kurta set worn by the actress.

Speaking of her first collection curated with her mother, the actress called it special for obvious reasons. “I hope this collection will be treasured by all that will adorn Akutee pieces,” read her caption.

We can’t wait for more pieces…can you?

Recently, COACH has managed to make headlines for all the wrong reasons. The American luxury label came under fire for intentionally slashing off its unused and unsold bags in a viral Tik Tok video as a part of a tax loophole. A social media user brought this matter into the light with her viral video wherein she called out the brand for deliberately slashing off its bags so that they won’t be used by anybody. “As you can see they’re all slashed, which is Coach’s policy. This is what they do with unwanted merchandise. They order an employee to deliberately slash it so no one can use it,” the user explained it in her video. “And then they write it off as a tax write-off under the same tax loophole as if it were accidentally destroyed,” she continued. She also pointed out their product repair service, which is a part of the brand’s sustainability plan.

After facing a lot of heat online, COACH has finally issued the statement on the same on its social media handle. “We are committed to sustainability. We have now ceased destroying in-store returns of damaged and unsalable goods and are dedicated to maximizing such products reuse in our Coach (Re)Loved and other circularity programs,” read an excerpt of its post. In addition to this, the brand’s global head of sustainability Joon Silverstein told WWD, “ When it comes to damaged or defective product, we have been working on many avenues… It’s unfortunate these posts came out now, because we had been doing this thoughtfully.”

Damaging unsold products to alter tax evasions has been an ongoing issue in the fashion industry as another brand, Burberry was called out in 2018 for the same reasons. Will this end soon?