The scion of Kapoor Khaandaan, Ranbir has always expressed his love for the number 8. Whether it is the number plate of his luxury cars or his Sunday football jersey number, 8 is a constant in RK's life. So to see Alia Bhatt wear a ring with the same number was something none of us could’ve imagined! 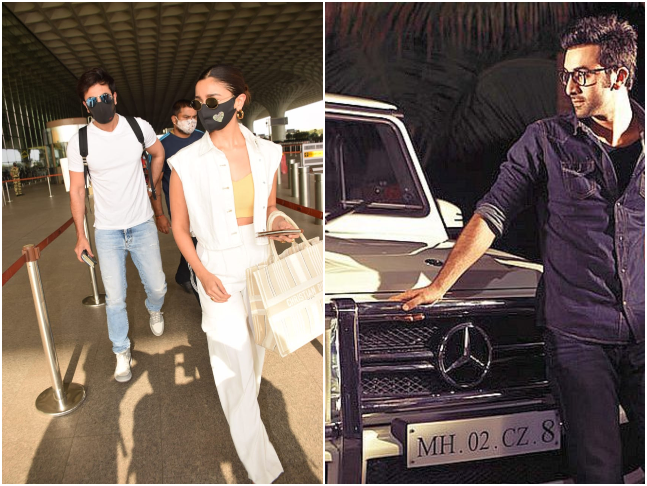 The actress was seen sporting a gold ring, at the airport, with the number inscribed on it while she was leaving for the Maldives with her beau Ranbir. Styled by Lakshmi Lehr, the fashionista wore a sleeveless white unbuttoned shirt, a muted yellow bustier, and a pair of flowy white pants. She was seen carrying a beautiful Christian Louboutin bag.

Ranbir has previously, in interviews, mentioned the importance of the number in his life. Calling it an auspicious number, it holds a huge significance in the Kapoor family. This is absolutely adorable! Now that is #CoupleGoals!

'I didn't know they would become so popular,' says Bobby Deol on his f

What's Worth What: Beyonce brings back '70s vibes in a Charles Knowles

Diljit Dosanjh surprises in a French fashion house Lacoste kurta and we are all gung-ho about it!

Victoria Beckham launches of new line of Matte Bronzing Bricks, aims to provide options for all