With COVID- led closures of salons and parlours, many of our tinsel town celebrities have turned to in-house stylists for themselves as well as their significant others. While those who opted not to cut their mane have been rocking the long locks with style.

One of them is B-town’s favorite sneaker geek and fashionista Sonam Kapoor Ahuja’s husband- Anand Ahuja! In one of the ‘Ask Me’ sessions of Instagram, Anand asked for fan suggestions for an alternate hairdo to avoid his hair falling on his face. While some suggested alternatives like headband, man-bun, and cap, many of them were of the opinion to opt for an ‘Abhishek Bachchan look’ in a zigzag hairband! 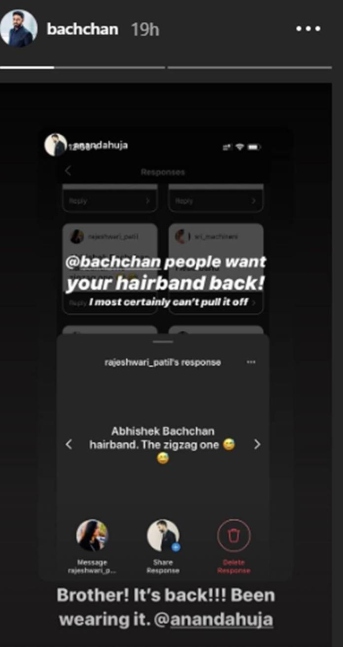 During his Jhoom Barabar Jhoom days back in 2006, junior Bachan had grown his mane and used to sport a zigzag hairband making it his statement look. Anand gave a shout out to Abhishek asking him to bring back his good old hairband days given its public demand. “@bachchan people want your hairband back. I most certainly can’t pull it off.” To which, the Guru actor replied, “Brother! It’s back!!! Been wearing it. @anandahuja.” 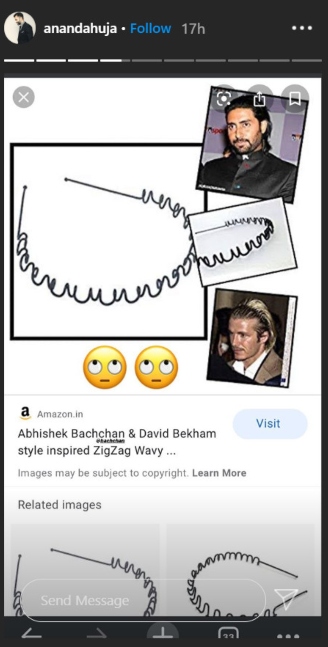 Apparently, the shopping website has been also selling off these bands under AB's and David Beckham's names. Now, that's something!

Well, we can’t wait to see Abhishek’s old-new look after this fun banter on the internet!