Advertisement
HomeFASHIONNewsIts not about shedding clothes but about how one carries it off: Raveena Tandon opens up about her take on sensuality

Its not about shedding clothes but about how one carries it off: Raveena Tandon opens up about her take on sensuality

Talking about films, she said: "A lot of movies have been offered to me, but very few are the kind I would want to do." On balancing her time between family and work, the actress said: "I used to FaceTime my kids and teach them when I was not around." 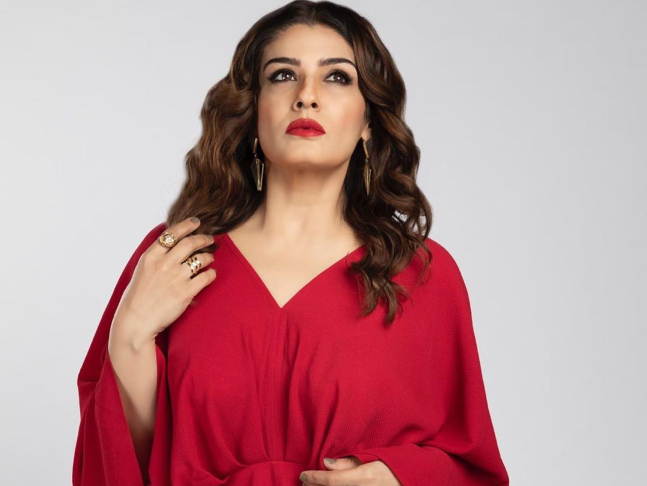 Recommended Read: Going through a mid-life crisis so I'm wearing a lot of colour and bling: Filmmaker Karan Johar spills the beans on his flamboyant dressing

Raveena said she is not a fitness freak."I'm a very lazy person and I go to the gym when I feel like it. There's no regime I have." Talking about her food habits, Raveena shared that she does not enjoy sweets and likes to opt for vegetarian food. She also revealed that she enjoys travelling and is more keen on jungles and wildlife rather than lazing around on the beach.

The actress opened up about views when she appeared in chat show Not Just Supper Stars along with designer Rocky S. The show is aired in India on Zee Cafe.

Lack of diversity! CDFA announces the nominees for 'Oscars of Fashion'