In her over two-decade-long career as a designer, Payal Singhal has seen the evolution of the Indian fashion industry, but she feels it still lacks the discipline and unity seen in fashion industries elsewhere.

"Indians are unparalleled in terms of design and craft. But unfortunately, we are not an industry that stands together," says the designer. According to Singhal unlike in India where the fashion industry is seen as "perilous", designers in other countries take their work a lot more seriously. "I don't know why. It's about business… People have to realize how many millions of people the industry gives jobs to. It's a serious business. People's attitude has to change," she points out.

Recommended Read: The face of Givenchy, Ariana Grande just gave us a sneak-peek into her upcoming campaign with the label and we are obsessed!

"Today, our industry is a lot more organized. Social media has changed the way the industry used to work. Earlier the collections would take 2 to 3 months to reach the stores after the show, but it now takes just 15 days. That's a huge change... Our industry has become a lot more serious, which I like. And such changes have happened in the film industry as well. It is more corporatized now," says Singhal, who is known for designing outfits inspired gypsy and bohemian by styles that have sizable patrons among Bollywood celebrities. 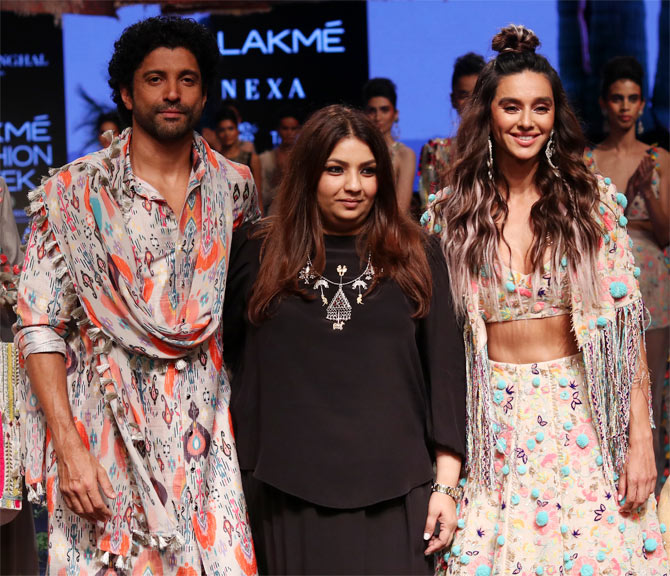 The Mumbai-based designer, 42, feels the need for a federation to support the Indian fashion industry. "The garment industry is one of the top industries in the world. But I don't see the discipline expected of our community. For example, in the jewelry industry, there's a jewelers association. But we don't have that. And that is something holding us back. We need to be more united. We should have a federation behind us that could bring things together and work on the backend to train the designers to understand quality, deliverables, delivery and time. If that happens, there's no stopping us from becoming no. 1 in the world," Singhal notes.

In honour of the Pride month, Kate Spade New York to launch its rainbo