Food. Just good food is enough to drive midweek blues away and Priyanka Chopra and husband, American singer Nick Jonas stick by the rule. Priyanka and Nick were photographed outside a restaurant in Los Angeles on April 10 after enjoying dinner.

Priyanka, pretty in a grey dress and black boots, let her hair down while Nick was handsome in a white tee and black pants paired with smart white shoes. Pictures of the couple from their outing are doing the rounds of social media and are already viral, needless to mention.

The internet, in fact, is also pleased to note Nick’s chivalry as he walked behind Priyanka. “Nick the ever ready gentleman. Love this couple,” read one comment on social media while several others wrote, “Goals always.”

Recommended Read: Priyanka Chopra and Nick Jonas are on the Benefit Committee for Met Gala 2019

Priyanka Chopra and Nick Jonas married in a strictly ceremony in December 2018 in Jodhpur. 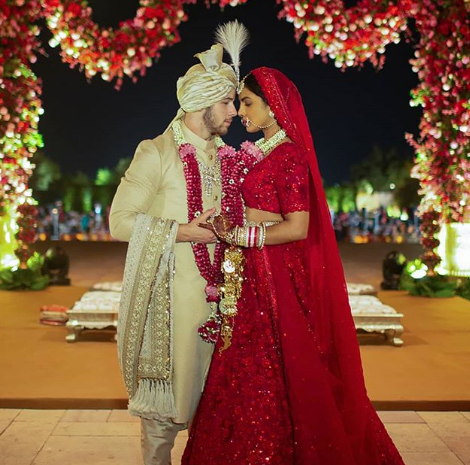 Workwise, Priyanka Chopra will appear next in Shonali Bose’s The Sky Is Pink, co-starring Farhan Akhtar and Zaira Wasim.

Mouni Roy and beauty wiz Mona Kattan have a surprise cookin' up, share a sneak peek on social media