Advertisement
HomeFASHION & LIFESTYLELifestylePride Month 2021: Some people are trying to educate themselves now, while some are still rigid and some are discovering about homosexuality: Atulan & Divesh

Pride Month 2021: Some people are trying to educate themselves now, while some are still rigid and some are discovering about homosexuality: Atulan & Divesh

Atulan Purohit and Divesh Tolani are social media influencers and travellers who run a hugely popular Instagram page called ‘honey.imm.home’ that aims to educate people about the LGBTQ community while also showing a light on their own same-sex relationship.

As the world is celebrating the Pride month in June, PeepingMoon.com had an exclusive chat with the two young Turks about their social media content, homosexuality, online trolls, their future plans and the responsibility that comes with the fact that they have become representatives of gay couples in India.

1.You have developed this community all by yourselves on social media with followers who want different and relatable content, so does it become a bit of a responsibility or do you feel pressurized to churn out content for people?

Divesh -  We actually started it as something for ourselves but it became something else where they can see a similar face and get inspired by it and that is how we ended up with this huge family. We don’t look at it our followers like numbers but look at them as human beings and that is why every time we post something we try to have a conversation with them.

Atulan- While growing up I did not see any representation about two guys living together and it started off as something for our friends and family and it went in such a huge direction. We are very open and honest about everything. Eg if we are having any trouble between us as a couple on a day we generally don’t post anything and are pretty open about it on our social media that we might need a couple of days or take a break. We keep it very real and open on social media. For the last couple of days we haven’t posted because we ran out of content and we were in a mood to just take some time off and enjoy amongst ourselves, so we don’t post when we don’t want to and our followers understand that part and support us.

2.There are a lot of representation worldwide, celebs come out but in India it has started only 2-3 years back; social media has given that push. You said that you did not have representation while growing up so now when you meet couples do you expect them and yourselves to bear the responsibility of education others about LGBTQ?

We never take it as a responsibility but let others know the advantages and disadvantages of it and by the end of it their identity is their own exploration. So if they want to go ahead and explore themselves and find a confidence boost that here we did it and be open about what you really are in life that is important, it is like a push but it is not a responsibility and even in our videos we say that as individuals we do make mistakes and as people take us as their representatives there are things that we cannot do. So we keep it open as we are all humans, we can make mistakes and learn from them going forward. 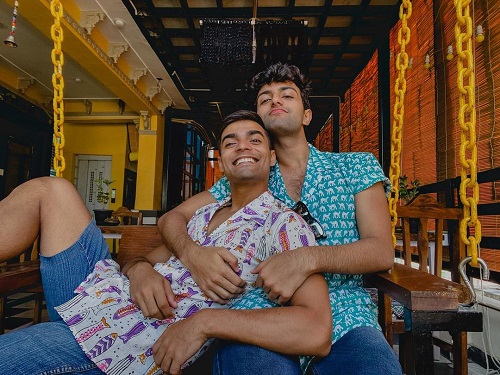 3.How much difference do you see now unlike a few years back when people are a little more open to talk about same-sex couples?

Divesh- Actually its quite opposite, the people we do know our family and all are still embarrassed about it yet (atleast I can say that for my family); they still say that Divesh’s friend has come home, they know everything about it but you need to give them time. On the other hand, there are random strangers with who are lot more vocal about it and that is a great place to be in because two years back we weren’t there.

Atulan- When we started out the account, I had not come out in front of my family and thought that if they come across the account they will come to know and that is how it happened with me. So when everything unfolded in front of them I was expecting a very harsh reaction but they did not react in a way like ‘we have disowned you’ or ‘go for therapy’ or ‘change yourself’, yet there is a lot of tension right now but I am glad to see that my parents are at a point where they do want to take a chance to understand me rather than disown me. So that is also a very good place to be in and people are finally giving a thought before jumping to conclusions. 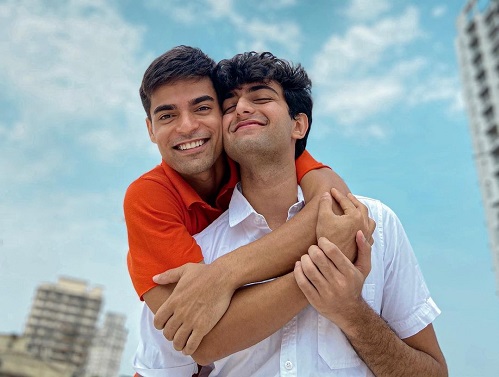 4.Do you undergo a problem to create happy-go-lucky posts on Instagram when you are going through tensions in your own life?

That is true but I don’t think it creates a problem in the long run but in the short run, so all we do is let the audience know what we are going through, all they want to know what is going on with us and not see us always happy or sad. Most people who respect us give us that leeway to take time off, people who don’t respect us don’t stay with us and also we have kind of narrowed our audience in a way that they respect our boundaries and we respect theirs.

5.Has things changed now in your personal and professional lives with how people behave with you all, now that you have become social media influencers?

Not really, it doesn’t matter whether you are famous or not. If you like the community then you are okay with it, some people are trying to educate themselves now, while some are still rigid and some are still discovering. At work, they are very understanding and appreciate me the way I am and at the end of the day we expect famous people to behave in a certain way. First of all, we have not tried to put a tag on ourselves that we are the representatives, we are just people, we are just two idiots who are trying to be happy and make people laugh, so we don’t have that kind of expectations and at work we meet people who take us the way we are. I don’t think there are any expectations from me at work and neither am I treated any differently from others. 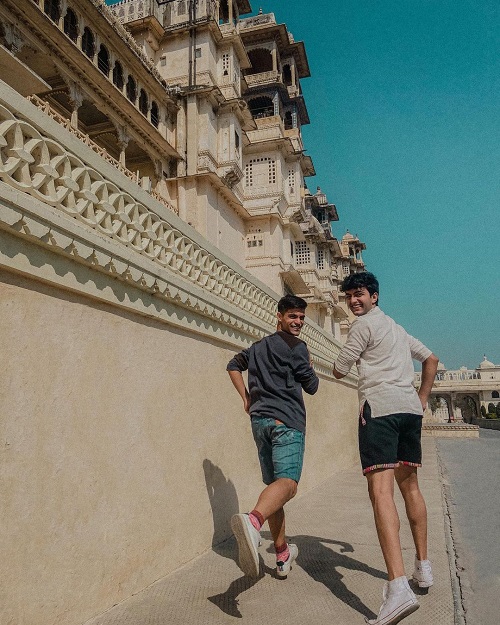 6.People must be reaching out to you through DMs so what kind of questions or guidance do they seek from you?

Most of them are usually are from people who are in closet and they want to know how to come out to their friends and family. Personally I was very scared to come out to my father and friends while I was in Delhi but when I moved to Mumbai I found a group of people who were open minded and I could talk to them about this and given the profession that we are in –dancing, helped me a lot as people are more open about it and won’t judge. So the advice comes from our personal experiences and at the end of it if you are not ready, you are not ready, when time will come it will come, and that is true for everything in life.

One of the questions that we came across was from a mother whose 5-year-old kid found our account and questioned her. So she bought him a book and educated him, we were so inspired by the mother.

7.There are so much negativity in the world with online trolls and what not, did you ever feel like shutting down the account and not put yourselves out there for the judgment of others? Does it impact you?

We did have those kinds of moments. It does have a negative effect on our mental health. We’ve always been very open about the fact that people can reach out to us with their questions but when people judge us it does take a toll, like I don’t look at the comments anymore. But at the same time it gives us a chance to educate them.

Social media does give a power to reach out to people but sometimes they do tend to go overboard and come up with offensive comments. And sometimes our content offend others for no rhyme or reason and we have to defend ourselves which need not be necessary. However, we understand where people are coming from and take it that they might have some underlying problems themselves. 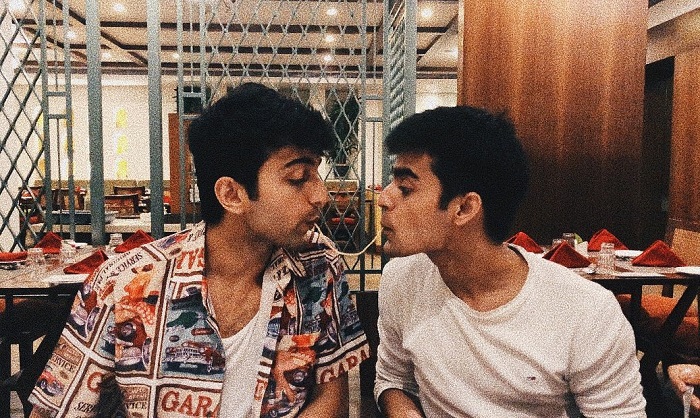 8. What new we will be seeing from both of you? What are the projects you are working on?

We have more travel ideas which we want to explore  and once this lockdown gets over we want to take it forward.

Wish us all luck as we navigate through such situations: Tillotama Shome SHUTS down a troll demanding her nude picture

It could be entertaining for some people, but I don’t read it: Ayushmann Khurrana talks about wife Tahira Kashyap Khurrana’s book detailing their sex life

‘AmbassaDiver’ Parineeti Chopra teams up with PADI to save the ocean