Advertisement
HomeHOLLYWOODI have watched them care for one another: Angelina Jolie reveals two of her daughter have undergone surgery in the last year

I have watched them care for one another: Angelina Jolie reveals two of her daughter have undergone surgery in the last year

Actress Angelina Jolie has shared that two of her six children have undergone surgery in the last year. On Sunday, the actress, 44, revealed in a first-person essay in a leading magazine  that two of her daughters have had recent "medical challenges" that resulted in surgery.  The essay, "Why Girls Deserve Love and Respect on International Women's Day," begins with her sharing her family's recent health issues.

"I have spent the last two months in and out of surgeries with my eldest daughter, and days ago watched her younger sister go under the knife for a hip surgery," wrote Jolie. "They know that I am writing this, because I respect their privacy and we discussed it together and they encouraged me to write. They understand that going through medical challenges and fighting to survive and heal is something to be proud of," she added. 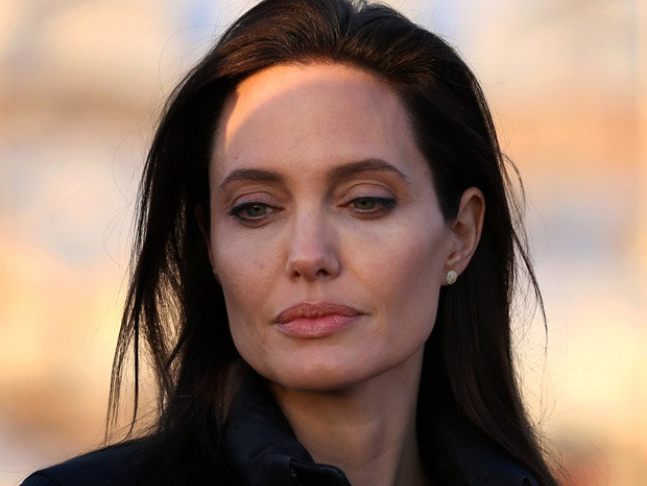 RECOMMENDED READ: I have both the visible and invisible scars to show: Angelina Jolie opens up on her 'hurtful' divorce with Brad Pitt

While the Maleficenta actress referred directly to 15-year-old Zahara, she didn't specify which of her two younger daughters underwent hip surgery. However, a portal confirmed that, Shiloh, 13, was photographed walking on crutches over the weekend while out shopping with her mother and sister, Vivienne, 11. Zahara was also seen stepping out after her surgeries, attending Cirque du Soleil with her family, where she was seen wearing an IV drip. According to a source from the hospital, Jolie has been by her kids' side for the past two months as they were in and out of the hospital. aceShe's been in her pajamas, in the pediatric ward, by their side," the source added.

In her essay, Jolie went on to describe the sweet way all three of her daughters stepped up to care for one another amid the surgeries. She wrote, "I have watched my daughters care for one another. My youngest daughter studied the nurses with her sister, and then assisted the next time. I saw how all my girls so easily stopped everything and put each other first, and felt the joy of being of service to those they love."

She then praised her girls for their strength. "I also watched them face their fears with a resolute bravery," Jolie said, adding: "We all know that moment when no one else can help us, and all we can do is close our eyes and breathe. When only we can take the next step or breath [sic] through the pain, so we steady ourselves and do it."

The star also gave her three boys -- Maddox, 18, Pax, 16, and Knox, 11 -- a special shout-out, writing that they have also helped look after their sisters and that they have been "supportive and sweet". She concluded the essay with a message. "My wish on this day is that we value girls. Care for them. And know that the stronger they grow, the healthier they will be and the more they will give back to their family and community," Jolie wrote.

Jolie shares her six children with former husband Brad Pitt. The couple split after two years of marriage and 12 years together.

Lavender bone broths to sushi, everything that Kylie Jenner eats in a day while we devour our Maggie!