Advertisement
HomeFeaturedAdios! Before becoming a film star that transcended boundaries, here’s how Irrfan’s journey started with television and theatre

Adios! Before becoming a film star that transcended boundaries, here’s how Irrfan’s journey started with television and theatre

Renowned actor Irrfan has passed away at the age of 54. He was admitted to Mumbai’s Kokilaben Dhirubhai Ambani Hospital on Tuesday after a colon infection and was battling for life ever since he was diagnosed with neuroendocrine tumour in 2018. As his colleagues and fans mourn his untimely demise, one can recall him not just as actor extraordinaire but also as someone whose career spanned several decades and industries, from Bollywood to Hollywood. But did you know his acting journey started with theatre and television?

Well, born in Jaipur, Irrfan moved to Mumbai after completing his course in National School of Drama (NSD) and went on to act in numerous TV shows, including Chanakya, Bharat Ek Khoj, Sara Jahan Hamara, Banegi Apni Baat, Chandrakanta, Shrikant (Doordarshan), AnooGoonj (Doordarshan), Star Bestsellers (Star Plus), and Sparsh. Not just that, he also played the role of Lenin in a teleplay on Doordarshan titled Laal Ghaas Par Neele Ghode. 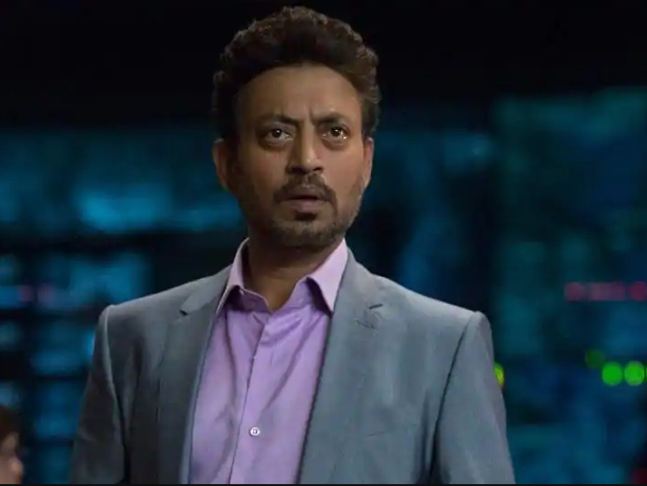 RECOMMENDED READ: Breaking: Acclaimed actor Irrfan breathes his last at the age of 54!

Apart from his drama shows, Irrfan enacted a negative character when he was cast  in Star Plus’ show Darr, which saw him as a psycho serial killer alongside Kay Kay Menon. He later went on to star as famous revolutionary Urdu poet and Marxist political activist of India Makhdoom Mohiuddin in Kahkashan apart from being known to feature in some episodes of Star Bestsellers. As he rose to fame, he also featured in Bhanvar in the role of a thug. So it was basically, theatre plays and TV work that kept him in the business and made him a name to reckon with until he was spotted by Mira Nair, who took him for a cameo role in her 1988 film Salaam Bombay! And there was no looking back for him since then.

Although his initial stint in Bollywood did not turn out to be successful, he became a known film face after starring in Asif Kapadia’s The Warrior. Then soon came Maqbool and critics could not help but claim that his eyes speak louder than his words. After a few supporting roles, he won the Best Filmfare Villain Award for Haasil. Despite having films like Metro in his kitty, he didn’t cut his connection to TV and went on to host a show Mano Ya Na Mano followed by Kyaa Kahein.

While his Bollywood career took a flight with films like Paan Singh Tomar (2011), The Lunchbox (2013), Haider (2014), Gunday (2014), Piku (2015) and Talvar (2015) and Hindi Medium (2017), he has been India’s most famous face in Hollywood as well, having starred in international blockbusters such as Slumdog Millionaire, Jurassic World, The Amazing Spider-Man and Life of Pi.

Before his death, his last film was director Homi Adajania’s Angrezi Medium and we must say, the world has now lost a fabulous actor, a kind hearted soul and “someone who fought till the very end.”