It’s been 20 glorious years since the ultimate style icon and Begum K, Kareena Kapoor Khan made her mark in the Bollywood industry. Essaying roles in a variety of film genres, ranging from chic-flick to rom-com and crime drama, Bebo has always brought in versatility to the table. Starring opposite Abhishek Bachchan, she stepped foot in the B-town industry with J.P Dutta’s Refugee in 2000 and garnered a lot of attention with her debut performance. In 2001, she appeared in five films, including Asoka, and Kabhi Khushi Kabhie Gham, amongst others and established herself as an actress. Starting off as a de-glam Bangladeshi girl from Refugee to playing a negative character in Fida and essaying the role of female escort in Chameli, Begum K has taken up several risky roles and aced them like a pro!

But that’s not just it! With her every performance, Kareena shelled out some fashion goals and trends that are relevant even today! Be it revengeful, size-zero Pooja from Tashan, a simple Indian girl Dolly Mishra in Omkara, or a tattoo-clad warrior princess from Asoka, there has seldom been any moment or any role jaha humne dobara mudke Poo ko nahi dekha! In her 20-year-long career, Bebo has given us some iconic fashion-forward roles to look up to and inculcate them in our lives. C’mon, you’d be lying if you tell us you don’t want a wedding lehenga just like VDW’s 'Kalindi Puri'!

Recommended Read: Celebrating 20 Years of Kareena Kapoor Khan: Jab We Met to Chameli, times when Bebo gave her male contemporaries a tough run for their money

As this undisputed style queen completes 2 decades in Bollywood, here’s a look back at her iconic, fashion-indulging roles that have been a sartorial inspiration for many. 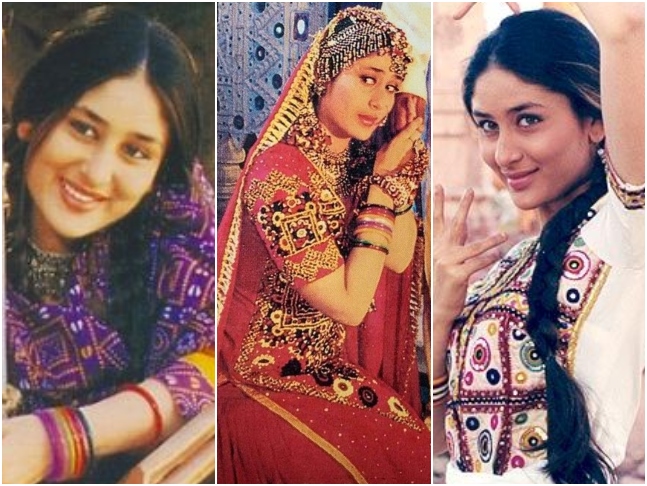 Kareena’s debut film Refugee saw her in a non-glamorous avatar as a Bangladeshi girl ‘Naaz’ crossing over to Pakistan. Simple salwar suits, a natural glow, and a center-parted braid were her go-to looks in the film. 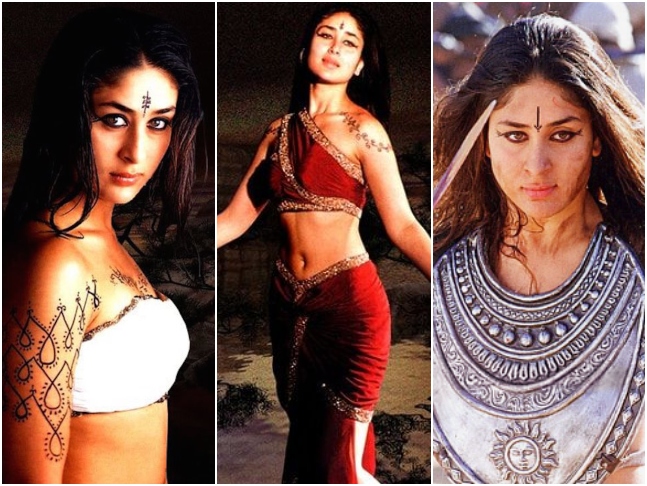 Essaying the role of a warrior princess from the Maurya dynasty, Kareena put on a show with her grungy looks in strapless blouses and dhoti skirts. Kohl-rimmed eyes, gelled curls, and statement-making tattoos…who knew portraying a historic princess could be so sexy! 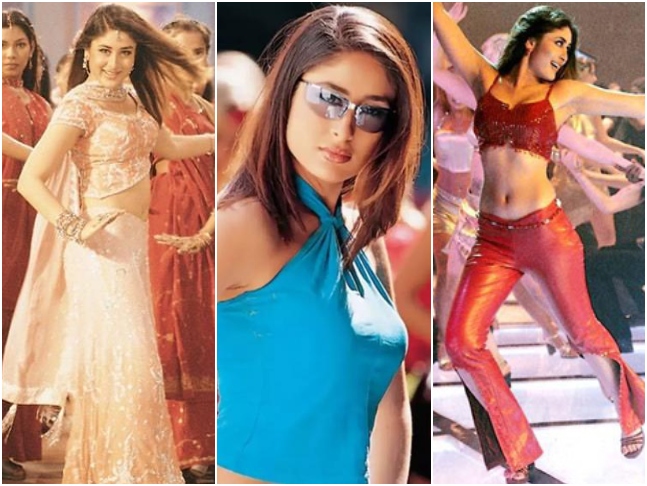 No list would be complete without the mention of THE ICONIC Poo in it! 19 years ago, K3G gave us a gem in the form of Kareena’s ‘Poo’ and we are forever grateful. From her sassy style inputs like ‘Never buy thigs at sales’ or ‘Black makes you look thin’ to her ‘whatever’ and ‘P.H.A.T’ lingos, she established that fashion is more than just outfits! But that doesn’t mean she was any less glamourous. Rocking sequin tuxedo tops, faux collars, and mini leather skirts to mixing animal prints, she will truly be a trendsetting fashion icon for ages to come. 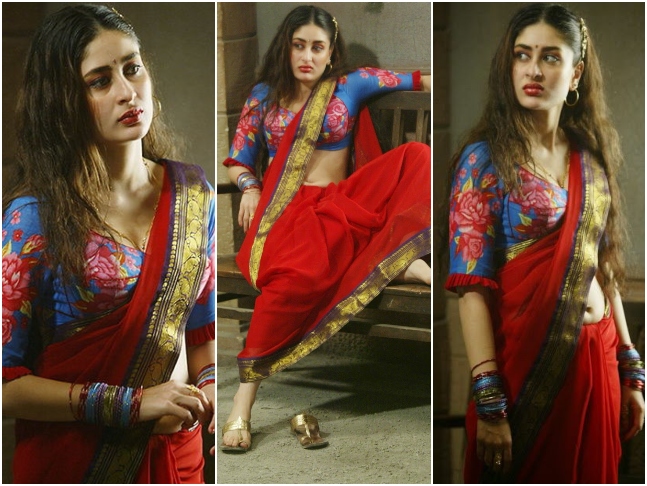 Stepping out of the comfort zone, we saw Kareena in a totally different light as a female escort in Chameli. Her red saree with a blue floral blouse, bold lips, minuscule bindi, and stashes of bangles with golden Kolhapuri sandals instantly became one of her statement look for ages to come. Portraying the role of ‘Meera’, Kareena’s de-glam look in simple white kurtas and monotone skirts is still relevant to all the 20-somethings out there. Her blonde curled stresses and glossy lips are still flaunted by many out there! 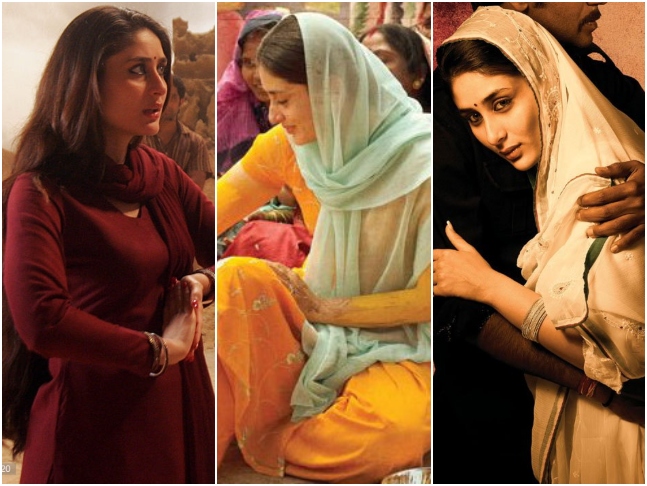 Bebo as a simple Indian girl ‘Dolly Mishra’ in Omkara gave us some ethnic goals indeed. Flaunting simple salwar kameez and traditional Punjabi suits with adaah, she vouched for the fact that ‘beauty lies in simplicity’. 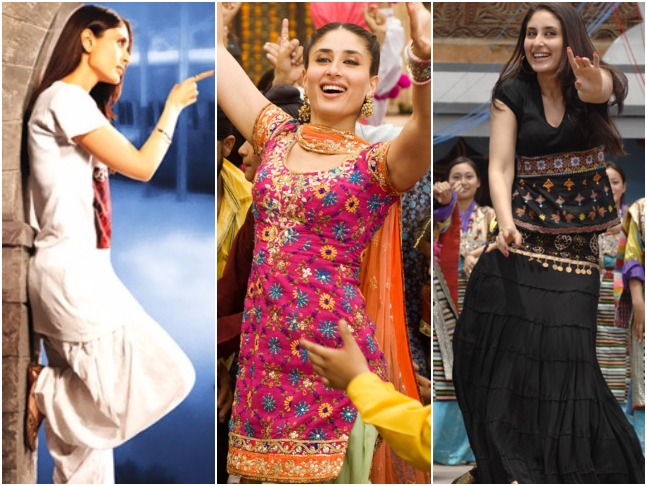 Just like her iconic dialogues, Kareena’s relaxed style sense in long t-shirts and pathialas became quite a thing! Essaying the role of a bubbly and chirpy 'Geet', she flaunted vibrant salwar suits, floral scarves, corset top with skirts, and high-on-motifs ensembles that resonated with her on-screen character. Kareena made many heads turn and jaws drop with her totally transformed look in Tashan. Portraying a revengeful, size-zero 'Pooja', Bebo gave us some OOTD and hot-bod goals in micro mini shorts and sexy crop tops. 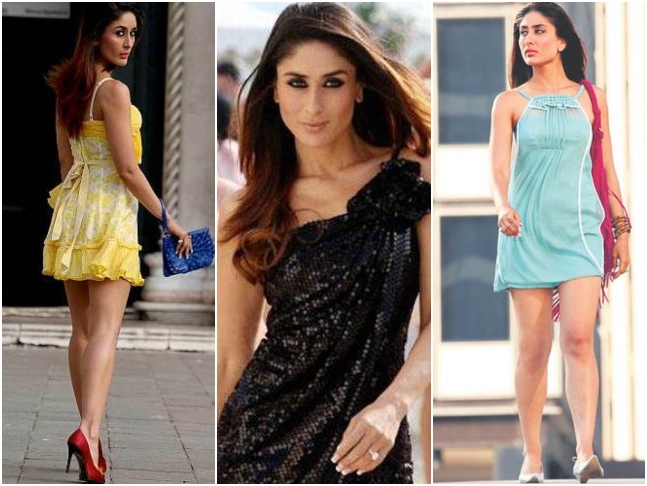 Kareena as insanely hot surgeon ‘Simrita’ surely made us swoon over her beauty with her size zero figure and sexy sartorial picks with risqué slits and feisty necklines in sequined minis and bodycons. Who can forget that sensuous bikini look? 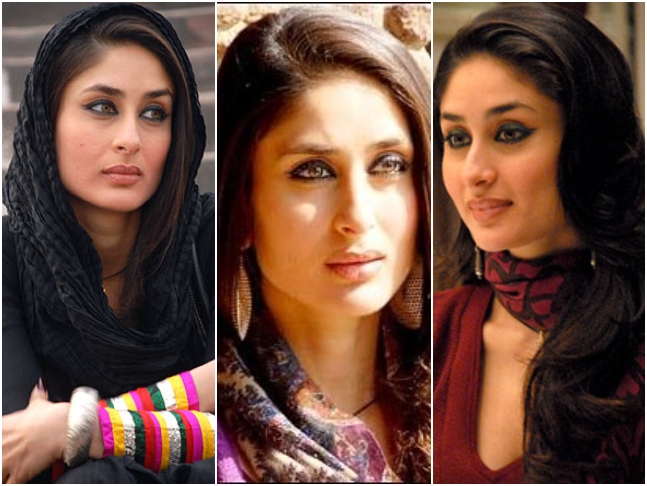 Kareena’s love for all things kohl was quite out there for a really long time but with Kurbaan, she took it a notch higher. Thanks to KKK, smokey eyes became quite a thing back then. 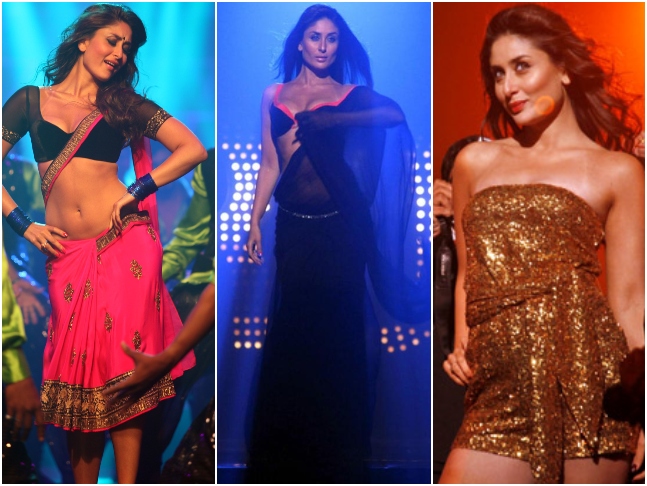 Given the name of its title, Bebo was quite a Heroine in this film. Portraying Bollywood actress 'Mahi Arora', she put on a show with her glamorous looks in sexy backless gowns, neon lehengas, and low cut sequin blouses teamed up with sheer sarees. 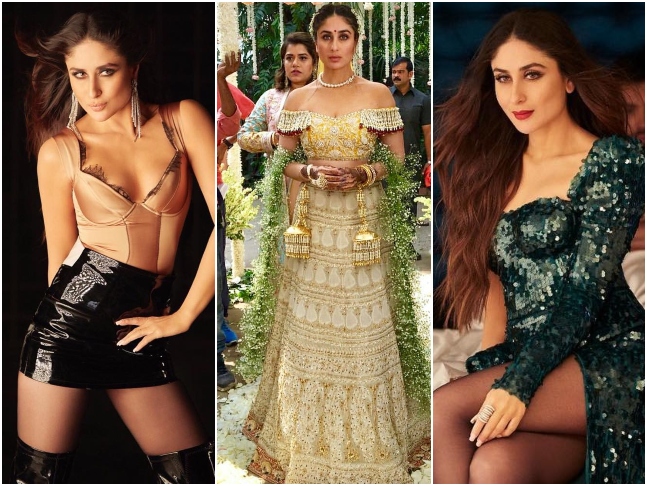 Kareena as Veere and soon-to-be bride 'Kalindi Puri' brought a plethora of good looks ranging from classic and refined to chic and sexy. Also, with this film, she made big hoops comeback as a raging trend. From her dreamy bridal lehengas to their chic vacay wear, Bebo was nowhere short on fashion inspiration in this film!

Congratulations, Kareena. Here’s raising a toast to fabulous 2 decades of your career and wishing for some more. Can’t wait for your Laal Singh Chaddha!