The whos-who of the tinsel town was recently invited to a Bollywood-themed party, where our favorite celebs dressed as the most iconic characters of the movies! Janhvi Kapoor was also present, sporting a gorgeous yellow georgette saree.

While some argue that this was a classic recreation of Raveena Tandon's sultry tip-tip barsa pani look, some fans are hell-bent on believing she took inspiration from her mom Sridevi's iconic Chandni charm. 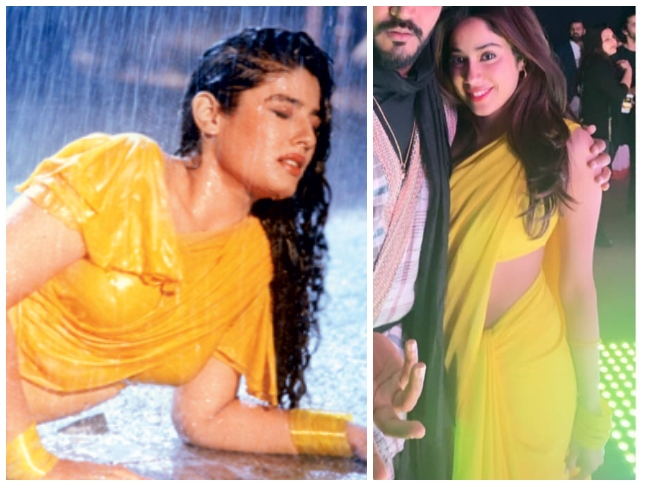 As seen on Karan Johar's story, we believe it was indeed, Raveena that inspired the Bollywood debutante's look. 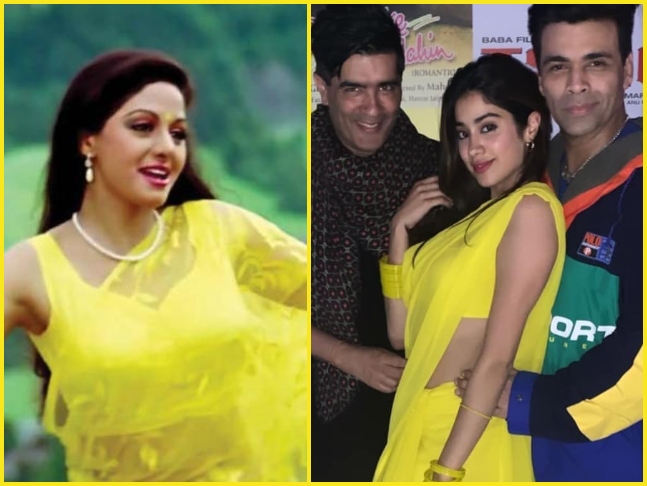 But close ties with her mum could also influence her sartorial choice, as they have many times in the past. Some fans even made a video comparing the two, have a look:

Either way, both these looks are a classic and let's be honest, Janhvi did a very good job at recreating it. 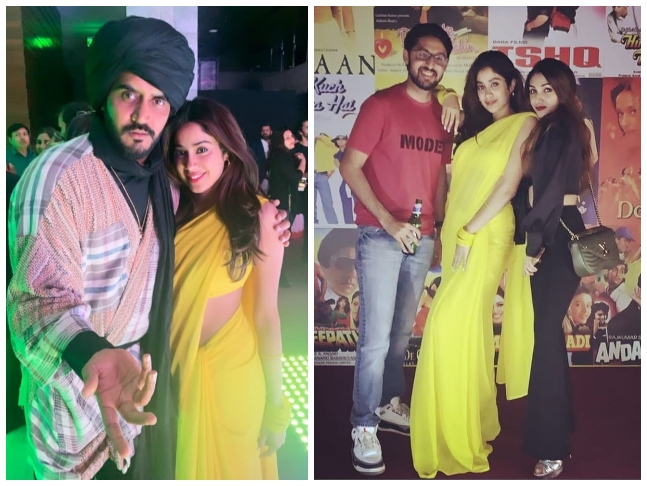 What do you think it could be?

The ‘Vamp in Vogue’! Fashion-indulging ‘Komo’ moments of birth

Birthday Special: From a fashionista to a beauty entrepreneur, how Kat