With Kalank running successfully across theatres, we couldn’t help but go gaga over this magnum opus creation. With the grandeur of that scale, Dharma Productions, Abhishek Varman, and Karan Johar have given us the costume drama of the year. Although, what caught our attention was the detailing of the costumes taking us back to the era of the 1940s. Ace designer Manish Malhotra to lent his magical touch to create something so visually appealing that leaves us mesmerized throughout the film.

Manish is no new name to the world of period dramas as the designer has been designing for the historical play Mughal-e-Azam, for the last three years in a row. Understanding the characters to style them differently according to their traits was very important for this established designer. This is why he gave the three women- Madhuri Dixit, Alia Bhatt and Sonakshi Sinha and the three men – Sanjay Dutt, Varun Dhawan and Aditya Roy Kapur a unique dressing style given the characters go through diverse experiences throughout the film.

Here is a quick review of Kalank costumes and the man who created this sartorial paradise. Sonakshi Sinha as Satya was subdued and a subtle lady facing the crisis of life and hence Manish decided to style her that way. She has a statement hairdo pleated sideways and simple pastel-hued sarees. 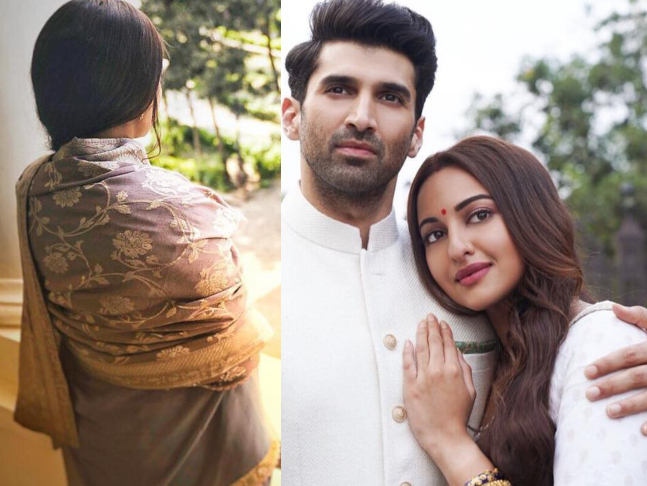 Elbow length sleeves, buttoned back blouses, and a poised pallu was something that she gracefully carried throughout the film. 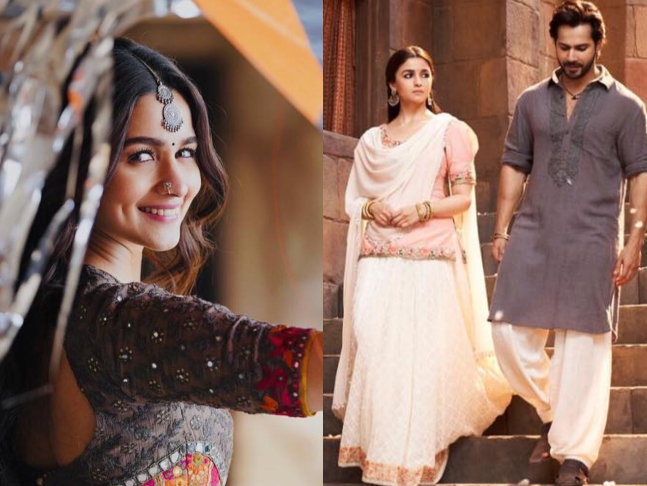 Alia Bhatt a.k.a Roop had been styled in the relevance of her situations of life. The shift from vibrant colors to pastel hues depicted the situations that she faced. She donned all the fierce colours at the start which are later toned down as we reach towards the end credits. 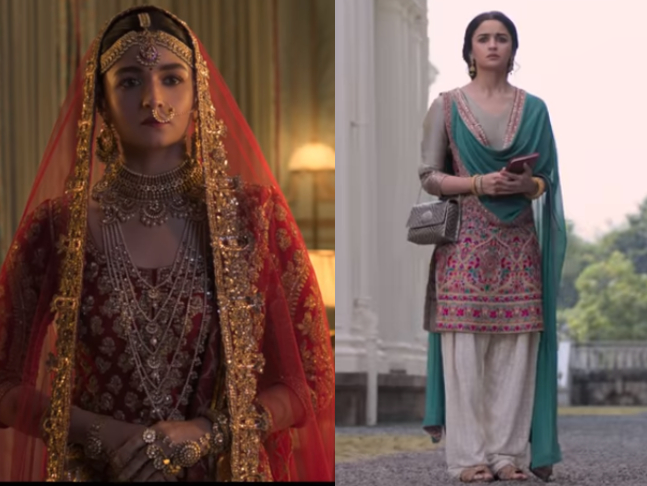 Intricately detailed shararas and ghararas with heavy golden work paired with small kurtis were part of the first half of the film, which moved to loose paunchas suits, elegant sarees and whites and pastels outfits in the latter half, determining her circumstances. Credits to the magnificent baubles she wore throughout, out of which chandbaalis proved to be an integral part of her wardrobe. 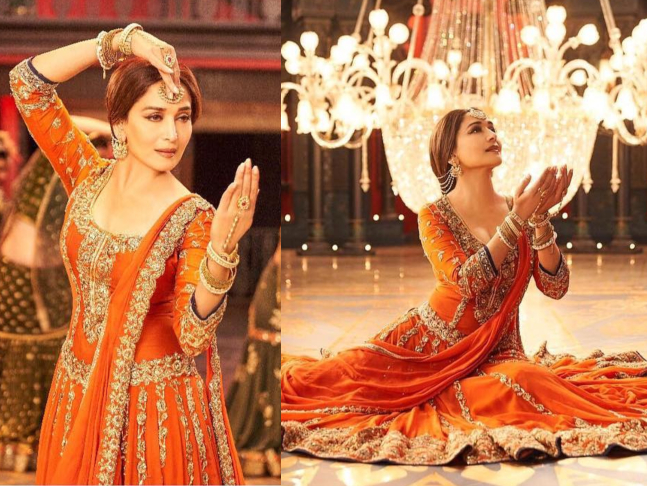 Madhuri Dixit Nene was an alluring beauty as Bahar Begum. She was given all loud shades of colour given the character that she was playing. 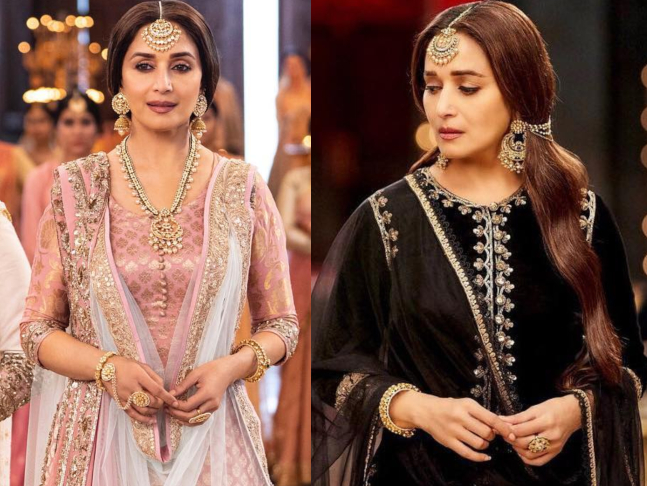 We saw her wearing heavy makeup, bejeweled jewels consisting of big earrings and occasional nose rings, and deep rich tones of colour incorporating some of the Sozni, Kashmiri and Persian work for her ghararas and shararas. Her maang tikas were something which we will be eager to bookmark, the pieces were lovely! 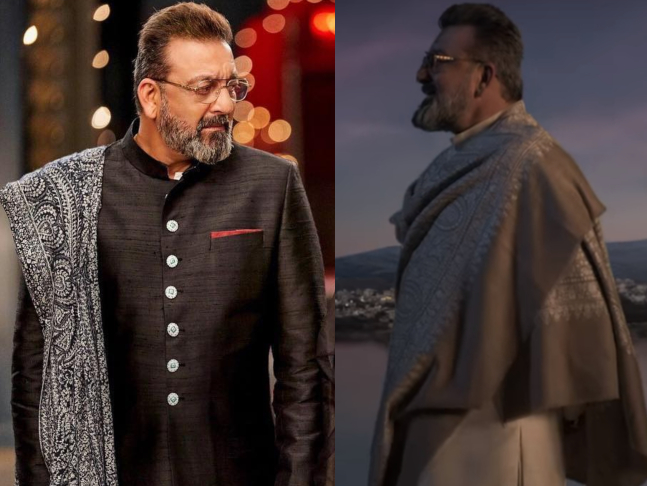 Sanjay Dutt fitted to the character of Balraj Chaudhry, a noble and respected man in Husnabad and Manish decided to style him in that exact way. Pashmina shawls with Kashmiri work and rich gold-buttoned nawabis gave him a regal look.

Diamond stud in an ear and a gold watch added to the richness of his look as well as his character. Special mentions to those gold-rimmed frames and the way he draped the shawl over his shoulders and arm. 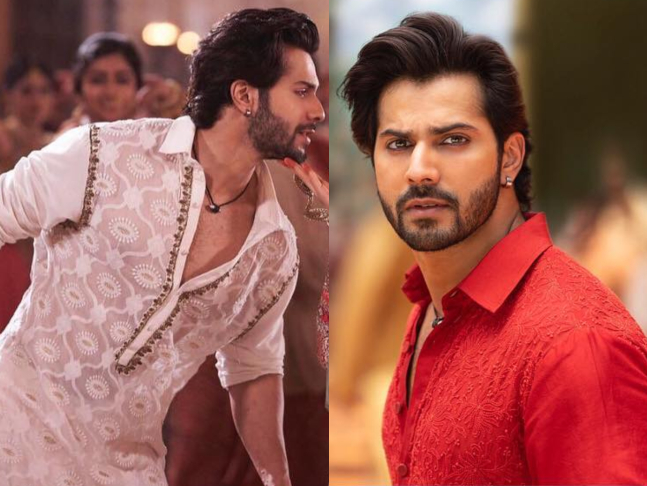 Zafar, portrayed by Varun Dhawan donned embroidered pathanis with a rim of kohl in his eyes and a tazeeb in his neck, given the nature of his character. His kurtas refected his mood, gloomy, happy or the festivities he was part of. For a few shots, where he was shown in the workshop as a lauhaar, bare torso, white dhoti pants, and that bronzed chest... too much distraction to handle. 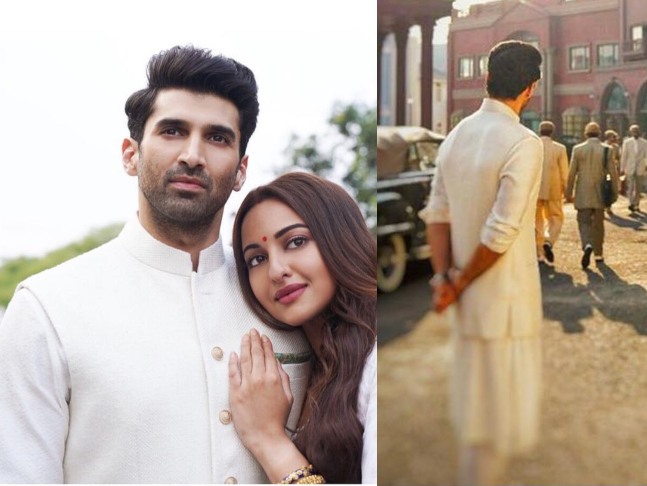 Aditya Roy Kapur as Dev Chaudhry is a man with a noble heart and royal lineage. He was seen in intricately embroidered kurtas of pastel shades and a Nehru jacket depicting his character. 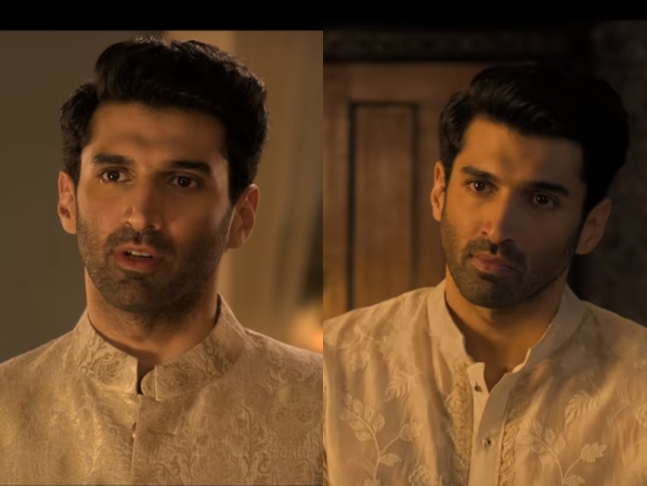 Occasional rimless glasses and a simple dressing was something that Manish had in mind for him, making him easy to love. Oh, the tall, handsome frame is never easy to ignore.

Kalank was a riot of colors, aesthetic display of outfits, heritage, traditional creations, making it one of the best works by Manish Malhotra.