Advertisement
HomeTELEVISION NEWSEXCLUSIVE NEWSPeepingMoon Exclusive: Such concepts happen once in a lifetime, my character Saumya is now an inspiration- Rubina Dilaik on 5 years of Shakti-Astitva Ke Ehsaas Ki

On May 30, 2016, Colors aired one of Indian television’s most progressive shows, Shakti- Astitva Ke Ehsaas Ki. It started with Rubina Dilaik and Vivian Dsena in the lead and now, Jigyasa Singh and Simba Nagpal are taking it forward. The show also stars Kamya Panjabi, Sudesh Berry and Sareeka Dhillon among others. Shakti is one of those rare shows that attempt to normalise the transgender community. Today, as Shakti completes 5 years, PeepingMoon got in touch with Rubina who immortalised the role of Saumya.

In conversation with PeepingMoon, Rubina revealed that she had auditioned for the roles of Saumya and her sister Surbhi. However, when she got to know about the storyline, she was sceptical about signing it. That’s when her husband Abhinav Shukla entered the picture and gave her confidence to take it up. 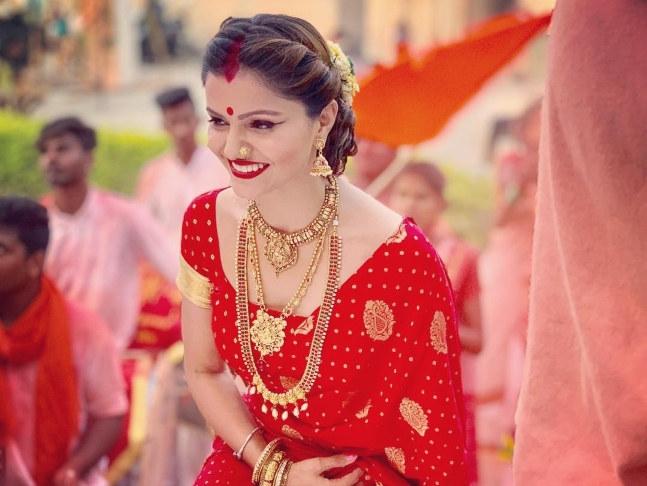 How do you feel being associated with Shakti- Astitva Ke Ehsaas Ki?

One word would be honoured. A concept like this happens once in a lifetime. Such stories are hardly experimented on TV and being a part of it is a great privilege.

How did you bag the role of Saumya? Do you remember your first day on the sets?

I clearly remember the day I was called in for the script reading session. Initially, I had auditioned for Saumya and Surbhi. Our producer Pawan Kumar Marut then disclosed that the story is about a transgender. I was a little skeptical and discussed it with my husband Abhinav (Shukla) and he said, "You should do this. It will change the pages around for you." I contacted the team and said let’s do it.

The first day of the shoot took place around March 15 in Ludhiana and we shot our promo in a small village. I remember my opening shot- I was running in the corridor, with a dupatta flying and my face reveals. 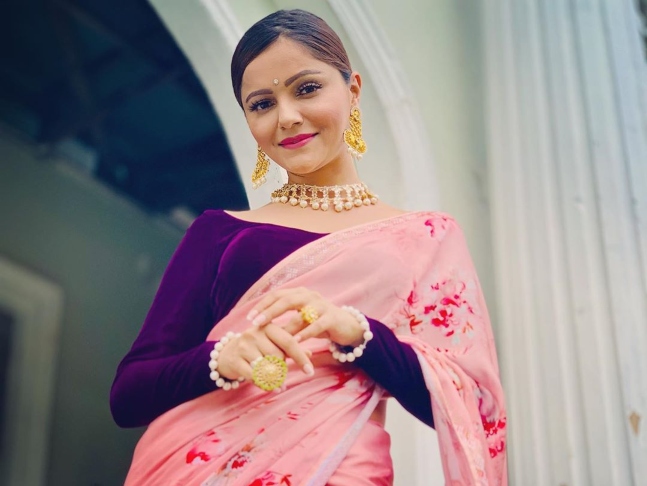 You are a fashionista. Did you give your creative inputs while designing your look in Shakti- Astitva Ke Ehsaas Ki?

Absolutely. I have been fortunate enough that my team believed in what I had to contribute towards the character. All the looks over these 5 years were something that I was excited about creating and giving my inputs. My team always welcomed my ideas.

Shakti- Astitva Ke Ehsaas Ki is among the few shows that talk about the transgender community. Were you worried that the show will stereotype the community?

It isn't stereotypical. Such kind of a subject wasn’t explored on Indian television before. I can say that Saumya can now be an inspiration for other characters as well. Our show was never caricaturish. We were trying, taking risks, experimenting and making it lively among so many other shows. We were always branching out something new.

Were you aware of the struggles of the transgender community before signing Shakti- Astitva Ke Ehsaas Ki?

Honestly, I always knew that the community was looked down upon and not accepted in society. That’s the minimal understanding I had about this community. I wasn't aware of their struggle. I got to know about that more when I did the show, met them personally, heard their stories and worked with them.

Do you plan to do something towards normalising the LGBTQ community?

We’ve been working with them behind the scenes and soon there will be things that will be rolling out. You’ll get to know soon.

With Shakti- Astitva Ke Ehsaas Ki being a successful show, do you think the audience is progressing in terms of content consumption?

Absolutely. Our audience is progressing and has shown open-mindedness. That's why we are able to experiment with a lot of subjects that were never spoken about earlier. Everyone is progressing and we are walking towards better times in terms of entertainment. You chose to quit Shakti- Astitva Ke Ehsaas Ki in 2020. Why? What prompted you to return?

The show had come to a dead-end, especially my character Saumya. There was nothing we could do to push more in terms of the story. There was no point in dragging it and not doing justice to the show I had given blood and sweat to. That's a decision I had to take and it took us 5-6 months to part ways but ultimately we had to it for the betterment of the show.

Rumours are rife that you have been approached for Naagin 6?