As the temperature is soaring and the Government announces a strict janta curfew, PeepingMoon is bringing to you a fun series to relieve you of all stress. Clocking back in time, we got in touch with Bollywood's most successful child artists, who now, are either taking a break, exploring better opportunities, or have said goodbye to films to pursue a different career.

Ekta Kapoor-produced Yeh Hai Mohabbatein was one of the most progressive shows on Indian television. Starring Divyanka Tripathi, Karan Patel, Ruhaanika Dhawan and Ankita Hassanandani among many others, the show struck the right emotional chord with the audience. While Divyanka and Karan were the pillars of Yeh Hai Mohabbatein as Ishita and Raman, Ruhaanika was the soul of the show as Ruhi. The little actress, at a very young age, understood the nuances of her character and breathed life into it with her cuteness and screen presence. There wasn't a single dull moment with Ruhaanika on screen. Later, the actress played the role of Pihu in the same show.

Apart from Yeh Hai Mohabbatein, Ruhaanika went on to feature in Salman Khan's Jai Ho (2014) and Sunny Deol's Ghayal: Once Again (2016). Since 2019, Ruhaanika, who will turn 14 this year, has been missing from the screen. She took a break to focus on her academic and extracurricular activities. Now, after a long wait, she has signed a role in Sony TV's Mere Sai.

PeepingMoon.com got in touch with Ruhaanika for a chat about her life after Yeh Hai Mohabbatein, her experience of working with Divyanka and Karan on the show and what are her plans for the future. How did you get the role of Ruhi?

I had to go through an audition. They gave me a script and I memorised it. When they took my audition, they really liked me and that’s how I got the role of Ruhi.

How was it to be on the sets with Divyanka Tripathi and Karan Patel? Any special memories? What’s the best thing you got to learn from your co-actors and team?

It was really nice and in fact with Karan (Patel) sir. He was very naughty so, he usually played pranks and did a lot of masti on the sets. I do have a lot of memories with them shooting all our scenes together, and all the big chunks and wedding sequences.

I learnt more of the technical stuff. I got to know what exactly it is to be ‘shooting’. I got to know a lot about cameras, lighting and a lot more things.

How did you manage shoot and school?

Balaji Telefilms was very adjusting and adjusted to my schedule. I used to shoot on Fridays (only after 5pm), Saturdays and Sundays only.

After Yeh Hai Mohabbatein, you did a few films. Do you plan to pursue a career in acting?

Yes, I do plan to pursue a career in acting. Currently, I’m focusing on my academics but I do not want to lose touch.

Share your favourite memories with Salman Khan and Sunny Deol.

When I first auditioned for Ghayal Once Again, I had to say a prayer in Sankrit and I found that tough. It took me some time to memorise it. So after a few days of practice, I didn’t think I did my best in the audition. But, then I got another chance to meet Sunny sir in person and he took my audition again. By that time, I had learnt the prayer.

We were shooting for Jai Ho and I was very little but I do remember vividly that after the shot was done, he took me in his lap and sat on a chair. 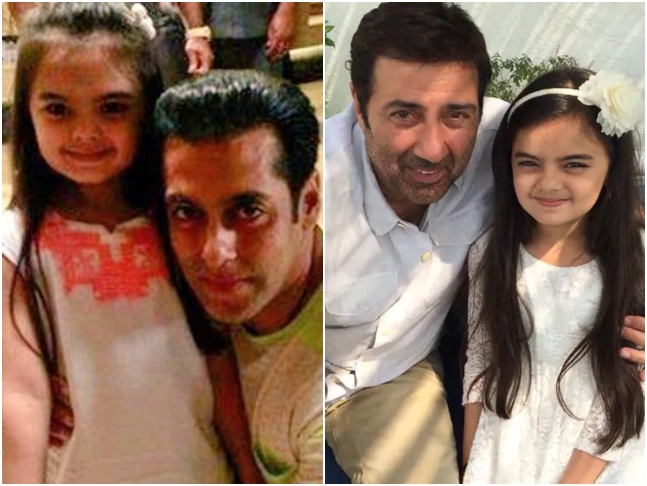 You played two roles in Yeh Hai Mohabbatein- Ruhi and Pihu. Was it challenging for you?

I didn’t find anything challenging as such. Ruhi and Pihu were two different characters. Pihu was more like a drama queen. She was more like her dadi (played by Shahnaz Rizwan).

You shot to fame at a tender age. While growing up, was there a change in the way you looked at life? Did your thought process change over the years?

They did not change over the years. My thought process is more grounded. Do you feel child artists face a lot of pressure while growing up?

I wouldn’t say a lot of pressure since it wasn’t that tough. But if you have to do some role as a continuity, then there will be some pressure. Right now, I have a lot to focus on.

Name the actor, actress and filmmaker you want to work with in the future.

Many of them. One of my most favourite actors was Irrfan sir and I wanted to work with him. But, I would love to do a film with Shah Rukh Khan and Alia Bhatt. I have seen a lot of Dharma Productions’ films, I would like to work with them. 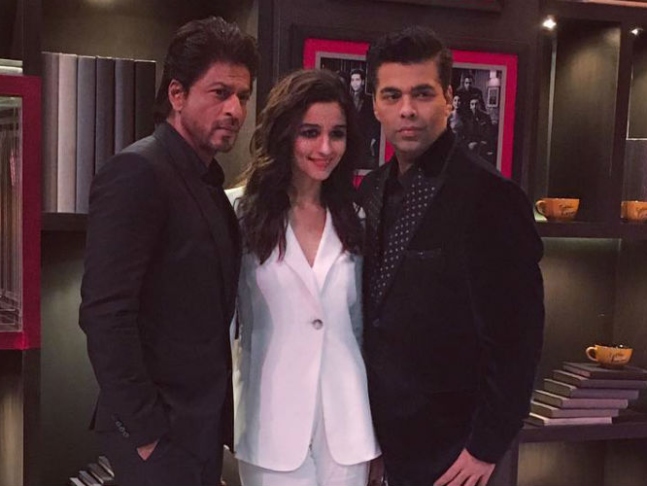 (Interviews from the series will be published every Wednesday only on PeepingMoon.com)