Television actor Kushal Punjabi, who starred in shows like Ishq Mein Marjawan and Hum Tum, was found dead at his home in Mumbai's Pali Hill on Friday. The 37-year-old actor was found hanging and the police also found a suicide note. His close friend Chetan Hansraj was the first one to find Kushal's body and even said that he was in stress because of his troubled marriage. For the unversed, Kushal married Audrey Dolhen in November 2015. The couple was blessed with son Kian who is three-years-old now.

Now, Kushal's father Vijay Punjabi has spoken exclusively to PeepingMoon about his suicide case and blamed his wife Audrey for it. He said, "Wife Audrey Dolhen was harassing him. She is responsible for his death. It was a failed marriage, she ran away with his child. We tried calling her, she reacted very chilled. For separation, she has demanded a huge amount. She was wife to just squeeze money." 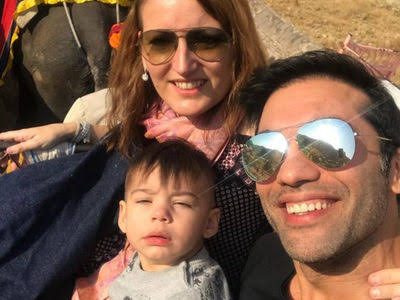 Kushal's wife and son are in China at the moment, however, and there is no update about their whereabouts.

Exclusive: Rajeev Khandelwal talks about being approached for the reboot of his hit 2003 show 'Kahiin Toh Hoga', says 'nobody has spoken to him yet'