Advertisement
HomeBOLLYWOODEXCLUSIVEPeepingMoon Exclusive: Shooting Shershaah has been one of my most treasured and cherished memories; Sidharth and Kiara were wonderful co-stars – Himanshu Malhotra

PeepingMoon Exclusive: Shooting Shershaah has been one of my most treasured and cherished memories; Sidharth and Kiara were wonderful co-stars – Himanshu Malhotra

Captain Vikram Batra sacrificed his life fighting for the country at the age of 24. One of the heroes of the 1999 Kargil War, Captain Batra continues to be remembered for his courage, bravery and valour. Now, 22 years after the event, it is time to revisit one of the most televised wars. The story of Captain Batra will be retold in Shershaah. In just a few hours, the film starring Sidharth Malhotra in the titular role will premiere globally on Amazon Prime Video. Co-starring Kiara Advani, Himanshu Malhotra, Nikitin Dheer and many others, Shershaah will release on August 12.

Ahead of Shershaah's much-awaited release, PeepingMoon.com got in touch with Himanshu Malhotra, who plays the role of Major Rajeev Kapoor in the film. The actor, known for his illustrious career in television, spoke about his experience working with Sidharth and Kiara. Calling Shershaah 'one of the most treasured and cherished experiences', Himanshu lavished praise on the cast and crew. In conversation with PeepingMoon.com, Himanshu also opened up about being replaced in a television show at the very last minute. When asked whether he is keen on doing Bigg Boss, Himanshu promptly said, "No." 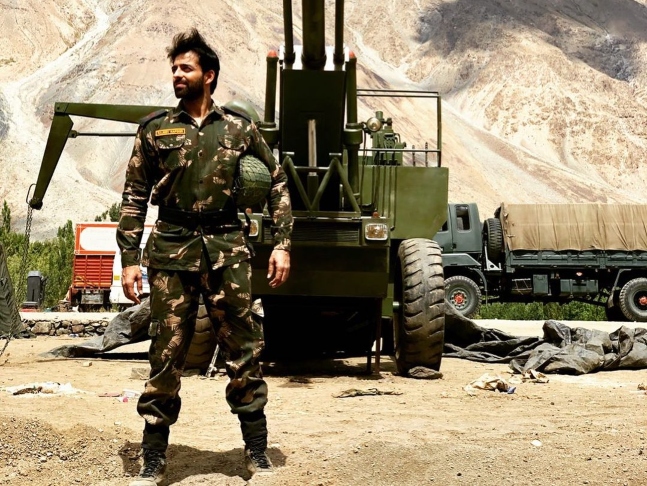 Tell us something about your role in Shershaah.

I’m playing the role of Major Rajeev Kapoor in Shershaah. I can't reveal much about the character before the film's release. Fortunately, he is still alive at the moment and lives in Delhi. I am sure he must be promoted to different honours of the Indian Army. At that time, Rajeev Kapoor was a lieutenant and after the Kargil War in 1999, he got promoted to the rank of Major.

How did you bag the role in the film?

I got the role because of casting director Jogi Malang. It is only because of him I could be a part of Shershaah. I owe my gratitude to him. His team called me up and said they want to test me for a film but nobody revealed which film it was. We tested for the first scene of Shershaah when Sidharth a.k.a Vikram Batra first meets Major Rajeev Kapoor. 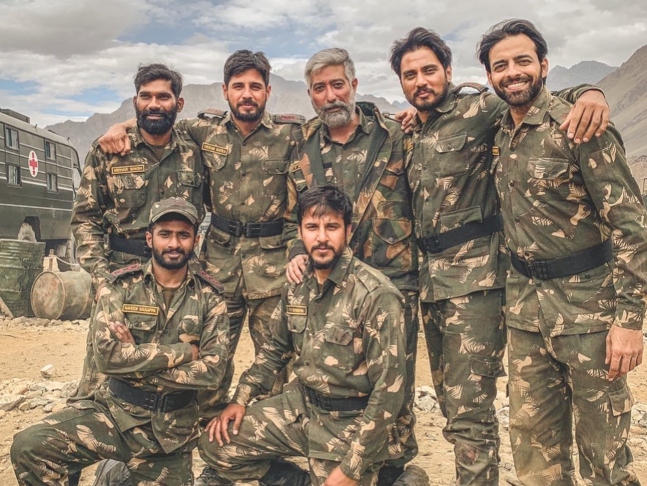 How was the shooting experience?

It was fantabulous. It was one of the most treasured and cherished experiences. Before going to Kargil for the shoot, like everyone, I was going through some conflicts in my mind. When we reached the location, everything got surrendered. It was so surreal up the mountains with no network. I shot for 20-22 days but the rest of the crew stayed longer. The crew was wonderful, hospitable, very respectable and educated people. We used to jam, play music whenever we were not shooting.

How was the experience working with Sidharth Malhotra and Kiara Advani?

Sidharth and Kiara were wonderful. We got to spend a lot of time with Sidharth because it is an Army film. We were staying in the same hotel, we would meet for coffees and dinners, jamming, music and of course on the set. He was very kind, gracious and had no airs about anything. It was wonderful working with him. With Kiara, we shot only for 2 days in Palampur and that is towards the end of the film. She is very warm, gracious and beautiful of course. 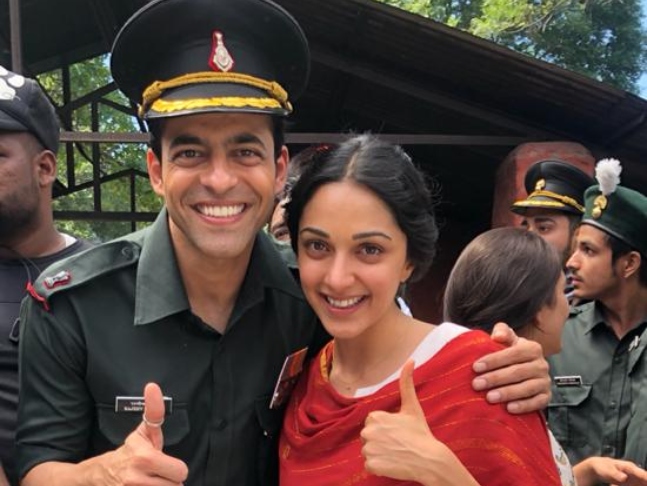 You’ve been in the industry for 17 years. You’ve done TV as well as films. Did you ever face prejudice in the film industry?

I didn’t face any prejudice as such. But once, I had to do a show which was the TV remake of Shahid Kapoor and Kareena Kapoor's Jab We Met. I had signed the contract and was locked to play the TV version of Shahid's character. But at the last minute, I learnt that I’ve been removed from the show and somebody else stepped in. That was the only time I felt disheartened. I had signed the contract and we are ready to travel to Chandigarh for the shoot but I was replaced by someone else for reasons not told to me. Apart from this, I haven’t felt any prejudice.

In the film and TV fraternity, if your film or show is successful, people adore you, and you get front seats during award functions. But when your project doesn't work, you are placed on the last few seats. This is a part of life.

In your illustrious career, you've just done 3 films. Why?

I was quite busy with television till Nach Baliye 7 happened in 2015. I did back-to-back work in TV for 7 years. After my father's demise, I didn't work much between 2013-2014. Post Nach Baliye 7, I got the opportunity that films actually approached me. I always believe that you should test for films and ask for them. All the films that I have done landed into my kitty. I tested for them and by God's grace, they worked for me.

I’m not keen on doing Bigg Boss. I was very happy doing Nach Baliye 7 because dance is love and an expression of being happy. Khatron Ke Khiladi 7 wasn’t a very great experience because I got eliminated in the second episode. Also, the show’s format was very different in which people are fighting with each other. I’m usually not into fights and controversies. I don’t like to speak ill about anyone no matter what happens.

Fans want to see you with Amruta Khanvilkar on-screen once again. Any project on the cards?

At the moment, there is no project. 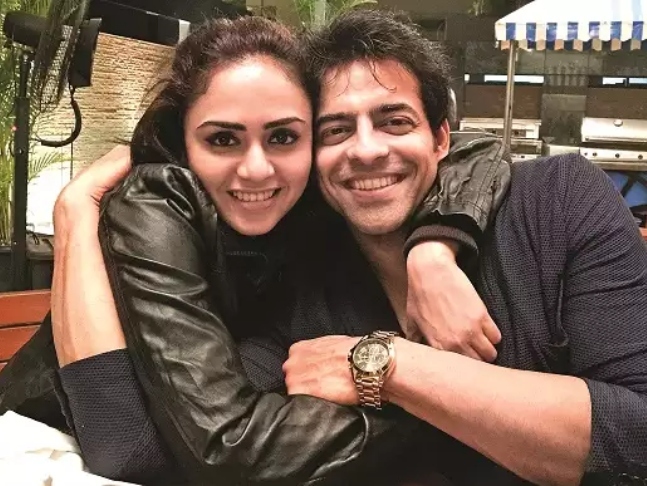 Amruta starred in Dharma Productions' Raazi and you are in Shershaah. Both are patriotic films. What’s the deal?!

Yes, it is very interesting. Amruta shot for Raazi and exactly a year later I shot for Shershaah with the same team at Dharma Productions. The shoot of Raazi took place around the location where Shershaah was shot.