Advertisement
HomeBOLLYWOODEXCLUSIVEPeepingMoon Exclusive: We've completed more than 50% shoot of the 2nd season, be ready for more thrills, twists and turns: Vikas Kumar aka ACP Khan on '1 Year of Aarya'

Sushmita Sen made a smashing comeback and her OTT debut in Ram Madhvani's critically acclaimed web show, Aarya. The crime thriller also starred Chandrachur Singh, Vikas Kumar, Namit Das, Manish Chaudhary, Sikandar Kher, Ankur Bhatia and many others. The second season of Aarya has been greenlit and the shoot kickstarted in March this year in Rajasthan. Aarya season 1 released on Disney+ Hotstar on June 19, 2020, and today the show completes 1 year.

On the occasion of Aarya's 1st anniversary, PeepingMoon got in touch with Vikas, who played the role of ACP Khan with aplomb. ACP Khan's character stood out because of the way it normalised the LBGTQ+ community and his camaraderie with Sushmita aka Aarya. Talking to PeepingMoon, Vikas gave an update on Aarya 2 and spoke about sharing the screen space with Sushmita. Aarya was a massive hit. Were you expecting this from the beginning?

You will certainly know that the project will be of a certain standard when it is being directed by Ram Madhvani and Sushmita Sen has chosen it as her comeback and web debut. Extremely talented people were working on the show and while making it, we all knew that we'll present a well-crafted project to the audience. Honestly speaking, I didn’t expect that the audience will make Aarya a super-duper hit web series. I never thought ACP Khan would be separately mentioned.

Your character ACP Khan was a surprise in Aarya. Do you think filmmakers are now taking a step forward to normalise LGBTQ+?

I think they should. Things should change because it is as normal as everything else. The best thing was that it was shown normally in Aarya. We didn’t make a big thing about it. In India, a gay character is either used for comic relief or some sensationalism. That wasn't the case in Aarya. My boyfriend is called Ajay and in a scene, he gets food to the office. This would have happened even if the character was named Jaya. Only one line indicates that Ajay isn't my friend or brother but my partner. That was enough for people to understand. 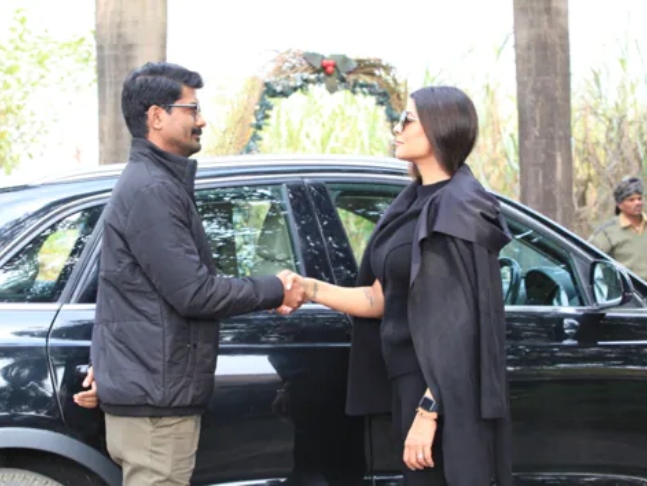 Were you nervous while sharing the screen space with Sushmita Sen?

Not at all. Rather than calling it nervous, I’m slightly an underconfident actor. When a project comes, I’m always in 2 minds. I always wonder whether I’ll be able to pull it off or not. Talking about Aarya, Sushmita is such a great person to work with. She is a very good performer and a co-actor. Sushmita was just 18 when she won the title of Miss Universe (1994). We were in school back then. Not just an inspiration to many, Sushmita has been a star and is the face of Aarya. Despite all this, she is very chilled out. She comes on time and throws no attitude. Sushmita and my character ACP Khan shared a different and unique equation. That was one of the attractions plus I got to work with Sushmita. She is someone who will go the extra mile to make you comfortable. The second season of Aarya has gone on floors. What can the audience expect? When is it releasing?

You can expect as much thrill, as many twists and turns in Aarya 2. A few more characters have been introduced in the second season. Everything has come to a standstill due to the COVID-19 lockdown. We had completed more than 50% of the shoot and were shooting when the lockdown was announced. Whenever things get back to normal, then we’ll resume. Hopefully, Aarya 2 should release later this year, I’m not sure.