Advertisement
HomeBOLLYWOODEXCLUSIVEPeepingMoon Exclusive: 'Rishi Kapoor thought Amitabh Bachchan would not want to work with him in 102 Not Out after his remarks in his biography Khullam Khulla,' reveals director Umesh Shukla

One year ago, Rishi Kapoor - the legend of Hindi Cinema who was known as the 'Chocolate Boy of Bollywood', left for the heavenly abode and Indian cinema lost a gem. Known for his charm, aura and strong personality, the actor made his place in the industry the moment he entered it. Unfortunately, Rishi Ji breathed his last on April 30 after a two-year-long battle with cancer. He was 67 years old.

Now, remembering Chintu Ji, his 102 Not Out director Umesh Shukla spoke to PeepingMoon exclusively and shared some precious memories with him. The filmmaker revealed how at first both Amitabh Bachchan and Rishi Kapoor thought the other did not want to work with him in 102 Not Out. Umesh said, "I narrated the film to Bachchan Saheb before Chintu Ji and he said who’s there in your mind for the son’s character so I said, ‘Chintu Ji’ and he said ‘Ya, good choice but I don’t think he will say yes to you’. I asked why he was saying this and he said in his biography, he was not happy with some comments I made. I said let me try and then when I went to Chintu Ji and narrated the one-liner, he was quite excited. He said, ‘I don’t mind playing such a character but Bachchan Saheb will say no because I’ve said something [about him]’. I said I spoke to Bachchan saheb and he would love to work. Then they both agreed and it was great for me as they were working together after 27 years." 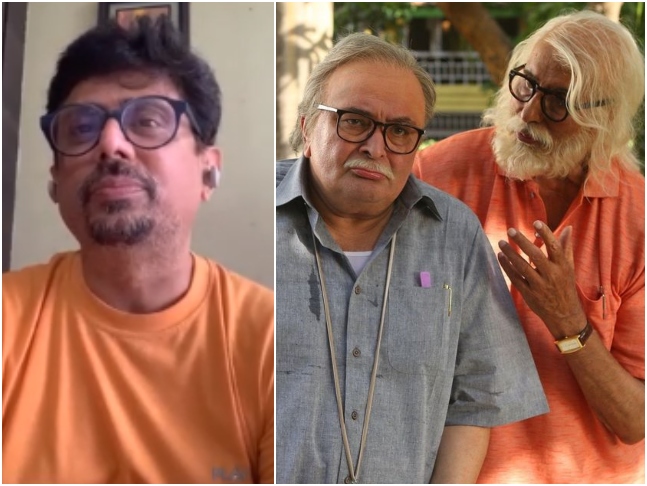 Recommended Read: Juhi Chawla reveals Rishi Kapoor once called her an 'insecure actor', says 'he had a tough exterior and the heart of a softie'

Talking about his experience shooting for the film, he added, "I had a great time shooting also. I kept learning, the way they used to manage each other. It wasn’t looking like they’re working after 27 years. It was looking like they just worked yesterday."

102 Not Out is a 2018 comedy film starring Rishi and Amitabh in the lead roles. It was based on Dattatraya Vakhariya (Amitabh Bachchan), a 102-year-old man who lived with his 75-year-old son, Babulal (Rishi Kapoor), and wants to break the world record for the oldest man living on earth.

PeepingMoon Exclusive: The Family Man 2 has the potential to make it t