Absorbing the change brought up by the appetence of telling a long-form decent story, Akshaye Khanna is all geared up to take a digital plunge. Peepingmoon.com revealed exclusively on September 1 that Akshaye is doing a light-hearted drama series by Kaamyaab director Hardik Mehta for an International streaming giant. Now, we have learnt that Akshaye has found his heroine in Hate Story 2 actress Surveen Chawla.

Sources close to the project have informed us that Surveen who was last seen in Netflix's Sacred Games series has been locked in to play the female lead in this feel-good, husband-wife story, titled De-coupled. The actress will be playing the role of Akshaye's wife who's a smart venture capitalist with an MNC. Her character is said to be of a Bombay girl with a strong personality and an even stronger mind on her shoulders. The show will also have a second actress who will play Akshaye's ex-girlfriend but no one is finalized for that part yet. 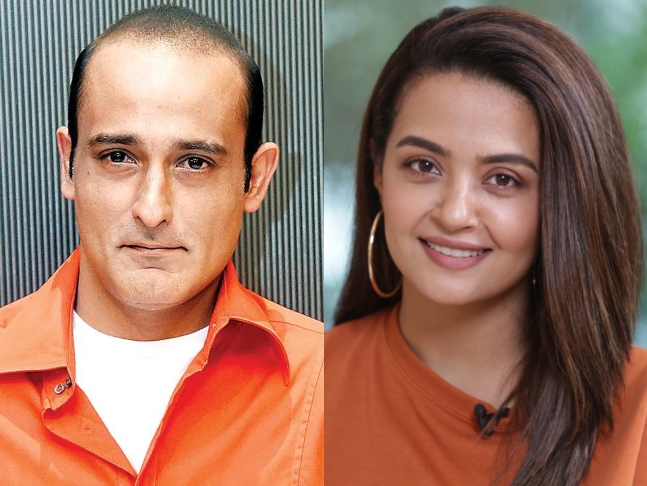 De-coupled, which is basically a fancy way of expressing the separation of a couple, marks Akshaye's return to the comic space after his several intense dramas like Ittefaq and Section 375 released lately. The actor will be seen playing a 40-years old pulp-fiction writer who is just below Chetan Bhagat on the charts and is often referred to as "that writer whose name people forget while approaching for selfies in public places".

Written by Serious Men author Manu Joseph, De-coupled is said to be a nine-episode comedy series that follows an affluent Gurgaon-based couple who are on the verge of "de-coupling" from each other but currently live together for the sake of their 8-years-old daughter. Produced by Vikramaditya Motwane along with Bhavesh Mandalia and Sejal Shah of Bombay Fables banner, the show is scheduled to go on floors in November this year!