Yash Raj Films' 50th-anniversary special announcement is getting bigger day by day. Shah Rukh Khan is returning to the big screen with Siddharth Anand's action flick Pathan opposite Deepika Padukone. Salman Khan and Katrina Kaif are returning in their much-loved action-packed roles for the third and last time in Tiger 3 that's now being directed by Maneesh Sharma. Ajay Devgn is ending his life-long dispute with Aditya Chopra by starring in Shiv Rawail's directorial debut, and Vicky Kaushal has been roped in for Vijay Krishna Acharya's next action-comedy. Now that's not all for the #YRF50 as we heard one more superstar is a part of this most-awaited movie announcement event!

Peepingmoon.com has learned that Hrithik Roshan will star in YRF's next thriller that'll be directed by Siddharth P Malhotra. Hrithik is believed to have given his nod and will sign on the dotted line in a few weeks. Malhotra's film is said to be based on a true event and will see Hrithik playing a whistle-blower who exposes the Godman. Vipul Mehta and Sneha Desai have written this film for Malhotra who previously directed Rani Mukherji starrer Hichki for YRF. The makers are currently finalizing the locations and will lock on the shooting timelines once Hrithik signs the paper. 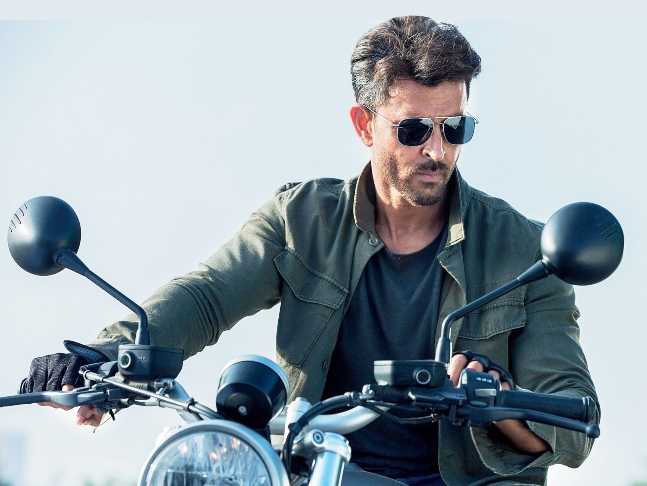 RECOMMENDED READ: Hrithik Roshan to do a comedy film and an action-thriller before starting 'Krrish 4' in the last quarter of 2021?

The yet-untitled movie is said to be based on the 1862's Maharaj Libel Case which arose when the plaintiff, Jadunathji Brijratanji Maharaj, a religious leader, filed a case of libel against a reformer and journalist Karsandas Mulji for writing an article in his Gujarati weekly newspaper. In the article, he questioned the values of a Hindu sect called the Pushtimarg or Vallabhacharya Sampradaya. The article was claimed to be libelous by the plaintiff. In particular were accusations that Jadunathji had sexual liaisons with women followers and that men were expected to show their devotion by offering their wives for sex with the religious leaders. The articles created a great stir in the community, and threw the parasites of their temples, and worshippers of the holy religious head, into consternation and fury.

Hrithik is believed to be playing the role of the social reformer and the editor of the newspaper while the casting for the rest of the characters are still underway. He is expected to start shooting for this film around November this year. The actor was apparently looking for a content-driven story to do before he dives completely into Krrish 4 and found Malhotra's script thrilling enough to agree. The movie will be a part of YRF's 50th-anniversary special projects planned to be announced on Yash Chopra's birthday, September 27!

PeepingMoon Exclusive: Mrunal Thakur opts out of Bahubali: Before the