20 years and 66 films later, Abhishek Bachchan has finally forayed into the web domain with Amazon Prime's Breathe: Into The Shadows. "It wasn't anything that was planned. It's just a sheer coincidence," shares the actor in an exclusive tell-all interview with PeepingMoon.com. But what prompted him to take the plunge and the 44-year-old reveals, "Mayank Sharma and Vikram Malhotra, the creators of the show, met me about two years ago and they narrated the idea of what they were planning to do. I really liked it and I signed on. The decision wasn't taken about or whether we were going to do something for Amazon Prime video or not it was just the script that really got to me and I really liked it. And the rest, as they say, is history."

Abhishek is back to entertain the audience after his 2018 hit Manmarziyaan with a psychological crime thriller. The series is a fresh story and not a continuation of the much-acclaimed R. Madhavan's Breathe (2018). The only common thread between the two is, how far a parent will go for his/her child's well being.

Second seasons often fail to impress. Yet you accepted Breathe: Into The Shadows, why?

Why do you say that?

Because there have been some not so successful seasons...

When Sacred Games came, it ruffled all the feathers. Everyone was gung ho about it. But the second season wasn't able to hold the fort. Even Saif Ali Khan expressed a certain kind of displeasure about the show's not-so-successful follow up!

Yeah, but I don't know if it's fair to generalize. As far as Breathe is concerned, I think part of the reason also to call it Breathe: Into the Shadows is actually you don't need to have seen season one in order to see season two. It's a completely different story. It's a different world altogether. The only similarities are two actors Amit Sadh and Hrishikesh Joshi who were playing characters of Kabir and Prakash in season one. And now they've come onto this case as well. That's the only similarity. If you had to push me there, I think the other similarity would be a theme, which is, you know, which was then part one. In Maddy’s (R. Madhavan) season, if you saw season one, which is how far would you go for your family? I think that's the only thing. So it's a different world altogether. So traditionally, I can't say and be fair to call it a sequel or to call it a season two, because it's I mean, in all practical purposes, almost a different season altogether. 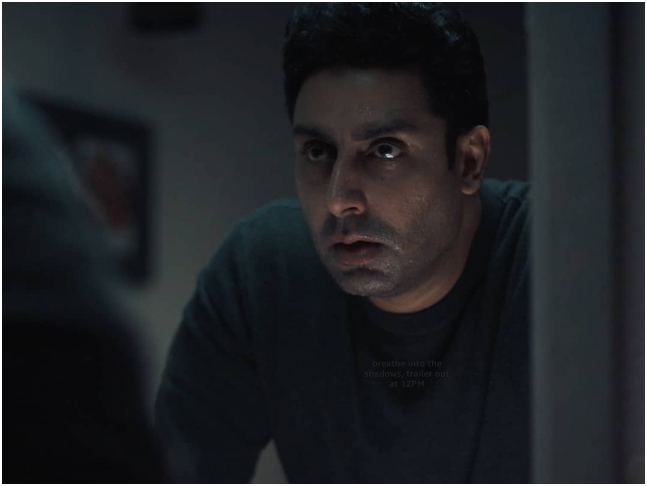 You are replacing R. Madhavan who was loved in the first season. Were you wary?

Yeah and deservedly so. He was brilliant. Maddy is a dear friend and is such a wonderful guy, but an even better performer. And he was wonderful in season one. I thought the vulnerability that he brought to the character was fantastic. So was I wary? No. Why should I be wary? I mean, that's Maddy, right? I have to do what I have to do. I don't see why you should be wary. I think what was nice is you knew that the people that had seen Season one and loved it, you already have a fan base that is gonna come on wanting to watch something. You have to be conscious of the fact that you have to do a good job, but that you should be doing any which way.

You said you accepted Breathe: Into The Shadows because content you cannot do in films you will do in OTT. Wouldn't this have made a great commercial film?

You know, that's a very interesting question. I'll tell you what I meant. Allow me to elaborate on what I was saying. What I was saying was, see Breathe is conceptualized as a web series, which is a 12 episode series of almost an hour long. So in essence, we have if you take, you know, an average film being about two and a half hours, you talk about four to five films. So you get four to five films to justify the story, screenplay, and characters, all of that are in this show.

Now, to concise what you've done in 12 hours into two hours would be very difficult. And in order to do that, you would have to cut out a lot of things that are so integral to the screenplay moving forward. So I think the only thing different between, a web series and a feature film, I think is the writing process is different because in feature films you're writing to put across your message in two to three hours. And in the Web series format, you have a longer time through which you can go into a lot more detail.

So that's the only difference. So would Breathe make a great film? I don't know because the amount of detailing and the number of plot twists and turns, you'd have to compromise and cut out a lot of them in order to fit it into a two and half hour movie. And then you'd be compromising the script in a large way. So I'm not so sure whether it would work as a film for this reason. You also said that there is no box office pressure when it comes to web shows...

Because even on web platforms, audiences are equally judgmental!

Has OTT or web as a platform robbed stars of stardom, opening Friday pressure, BO figures excitement? Does it take away from you as an actor?

Not at all. Not at all. It's as exciting. It’s as much pressure as making a film. 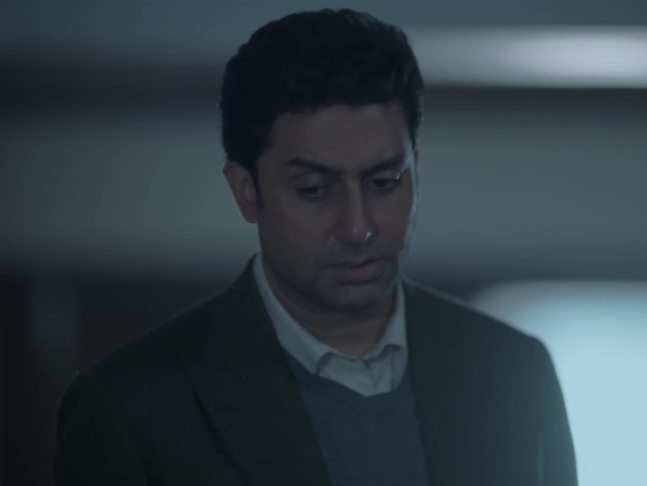 Despite Paa and Shamitabh, you are a reluctant producer, why?

I did one more with my dad called Buddha Hoga Tera Baap. After that, I haven't really had the time. I'm so happy that you noticed this. And I'm glad you asked me this because it’ll give me that extra push. I need to get back. I need to revise my family banner. And I want to work towards that. I am working towards it. But obviously, you know, these are things that take time to fall into place.

It's not easy to make a film. It's not easy to raise financing for a film. So these are all processes that are currently being worked on. But thank you for noticing. And yes, I do agree. I do need to start producing a lot more films as well.

Do you still hate being a producer?

Yeah...I don't like being a producer because it conflicts with the actor. I don’t know now if five years later, I’m better at balancing both if I am acting in the film. I said this back then because in 2009, I produced Paa which I acted in and the actor in me was continuously conflicting with the producer in me. I don’t know if I’ll make a better producer if I’m just a producer. I hope I have matured that much more or evolved that much more that I can be an actor and a producer at the same time. But it’s very difficult to dawn both the hats.

As an actor, if there is a part you want to do in a project produced by you, what will you do?

If I as an actor would like to do something that I am producing and if the director has chosen somebody else, I’ll try and convince them. And maybe do an audition for them and try and prove to them that maybe I am a better choice. But, at the end of the day, it’ll be the director’s decision entirely. 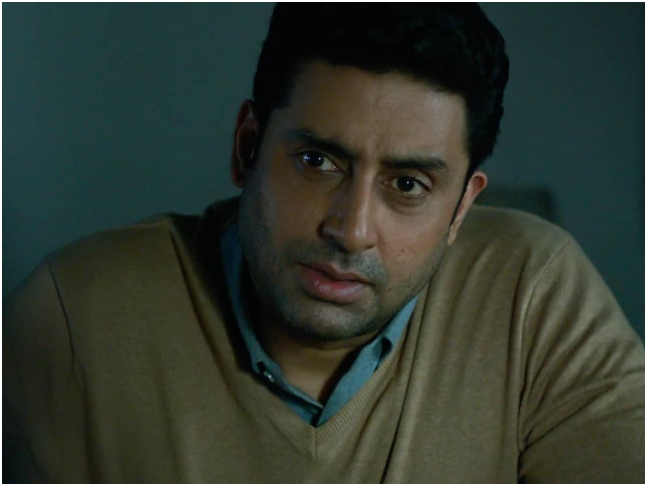 Did you see it?

Would you have preferred seeing it on big screen?

It’s something new. We have to understand, accept, and appreciate the circumstances which we’re living in today. Very sadly, and I mean I’m an industry kid. I’m born and brought up here. This industry has given me and my family everything. And one of the greatest joys in my life is to sit in a movie theatre and watch a movie. Truly, is. But sadly, the movie theatres are shut for safety reasons. During that time, how do you get your work out to the audience? And we have this beautiful new medium where such exciting work is going on. So I think it’s wonderful. I don’t want to complain about it. I’m just happy that I have an outlet through which I can still show my work. After Breathe, you have two big film releases on the web - Ludo, and The Big Bull. Is Abhishek Bachchan the new poster boy for the web?

(smiles) I don’t know. I’m just very happy being an actor and working in these films. You know I’ve always said, how these films release, where they release, be it on television, on OTT platforms or in a theatre, that’s entirely the producer’s call. Not mine. I’m just happy that I get to act in these films.

What are the shows you watched on the web that made you keen to be on this platform?

There are so many. I have been watching and streaming platforms for several years now. The kind of work that is being done, the kind of material that is being produced, the content that they’re putting out is just exceptional. And I think that’s got to do with the fact that this is purely a writer’s medium. Over here, the most important person is the writer because the content is available at the push of a button on your phone. It’s that easily accessible. So we don’t need to use other forces or other marketing tools to try and get the audience to come into a theatre. It’s right there. Aapke phone pe hai. So, it’s entirely the writer’s medium and it has actually shown us that we have to start giving so much more attention to the writers throughout all the different mediums that we have in which we perform because, at the end of the day when they are given the freedom, the ability, and the platform to execute their skills to the best of their ability, they’re going to put out great work. And that’s what they’ve been doing. So it’s wonderful to see the work that’s been happening on all streaming platforms.

Exclusive: Ajay Devgn to star in Shiv Rawail's next, to be bankrolled