After Manisha Koirala, Raveena Tandon is another yesteryear Bollywood heroine who is stepping into the digital space. PeepingMoon.com has learned that the sexy ‘Mast Mast’ actress has signed a web series. It’s untitled but our sources say that it will be produced by Siddharth Roy Kapur’s production house Roy Kapur Films for the streaming giant Netflix.

Raveena’s debut web outing is a female-oriented thriller that will have her playing a never-attempted-before character. Details of the project are not yet known, but it’s expected to keep viewers on the edge of their seats with an unique concept and narrative. Filmmaker Rohan Sippy, who directed the adaptation of The Office for Hotstar last year, is said to be directing it alongside Vinay Waikul who  helmed Ekta Kapoor’s Mission Over Mars for ALTBalaji. 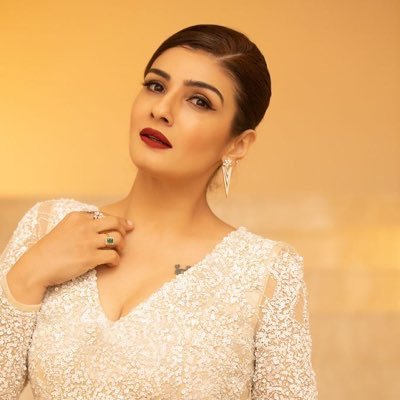 Interestingly, this is believed to be one of four projects Raveena has written for the web platforms with a female protagonist at its centre in all. She’s been developing a gripping series based on multiple personality disorder, a contemporary drama and a project that’s more like a continuation to her 2017 release Maatr. Raveena is also said to be working on a seven-episode series set in the recession of the 2000s and which revolves around an unemployed single mother. However, it’s yet unclear which project she is doing with Rohan Sippy.

The series is currently in the pre-production stage and will go on the floors as soon as the Coronavirus threat subsides. It was first supposed to roll from mid-April but has now been put on hold. Raveena, in the meanwhile, has completed shooting for her next biggie, KGF Chapter 2, which is scheduled to release later this year.