Advertisement
HomeBOLLYWOODEXCLUSIVEExclusive: Laxmmi Bomb will release on Eid, No change in date!

Okay, PeepingMoon.com can authoritatively say that there is no change in the release date of Akshay Kumar's comedy-horror film Laxmmi Bomb. It's slated to hit the screens on Eid 2020. And it will. With Salman Khan's Radhe: Your Most Wanted Bhai.

A Bollywood site just ran a blind item (without taking names) saying the makers of Laxmmi Bomb were seriously thinking of postponing the release of their supernatural film to avoid a clash at the box office with Radhe which is an actioner.

What was more curious was that the story claimed the producers of Laxmmi Bomb, Fox Star Studios, were taking this preventive measure without consulting Akshay who is not just the star of the film but also a co-producer with Tusshar Kapoor. 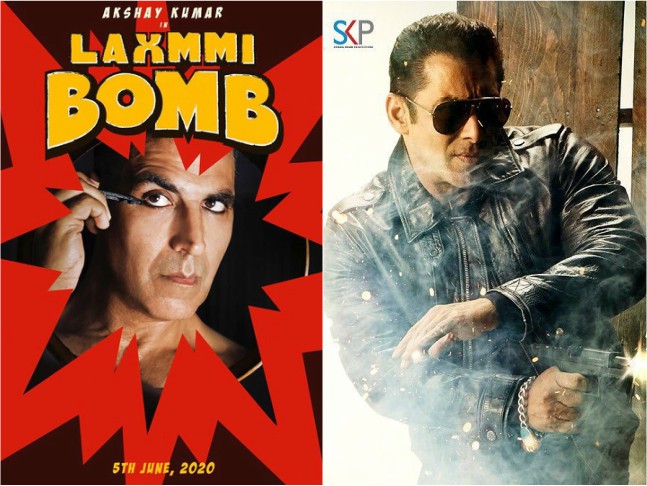 PeepingMoon.com made inquiries with all three producers and was firmly told, "Laxmmi Bomb is releasing on May 22 for Eid. End of story. There has been no thought or plan of change."

When comparisons between the two big films and their superstars coming together on the same date were last made, Akshay had said, "Anyone can release on the same date as my film. There's nothing wrong in that." While Salman added, "I hope Akki's film becomes his biggest hit and does better business than mine. He is a friend and I will always wish him the best."