Advertisement
HomeBOLLYWOODEXCLUSIVEExclusive: Only Taapsee Pannu in the running for the Hindi remake of ‘Run Lola Run’ and not Kriti Sanon?

Exclusive: Only Taapsee Pannu in the running for the Hindi remake of ‘Run Lola Run’ and not Kriti Sanon?

Of late Bollywood has embarked on the hit formula of remakes whether it is old popular Hindi films or foreign films that are adapted to match Indian sensibilities. One such film that is in the works is the German film Run Lola Run directed by Tom Tykwer, and stars Franka Potente in the titular role and Moritz Bleibtreu. Reportedly, the film’s rights have been bought by Atul Kasbekar and Tanuj Garg.

It was reported that Taapsee Pannu and Kriti Sanon were in the running for the main lead. However, PeepingMoon.com exclusively has learned that Kriti has said no to the film as she wasn’t keen on the storyline. A source informed us, “Yes, Kriti was offered the leading role in Run Lola Run long back but the space and subject wasn’t something she was keen on currently.” Moreover, the actress has date issues since her kitty is full with some big banner films as well. 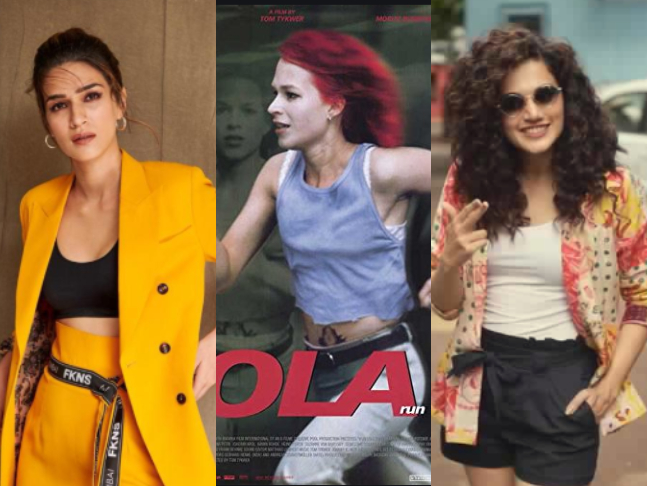 So, now only Taapsee is in the contention for the main protagonist’s role as Kriti has not shown any interest in the film’s subject. The film Run Lola Run is a thriller and follows the female protagonist who needs to obtain a big amount of money in twenty minutes to save her boyfriend's life.

Exclusive: ‘Ranveer Singh is always happy, I have learned to stay po

Exclusive: When Indian actors get intimate on-screen, everyone Is like ‘oh my God’: Sayani Gupta talks about ‘Four More Shots Please 4’