Taapsee Pannu is booked and busy in 2020. After the back-to-back successes like Badla, Mission Mangal and Saand Ki Aankh this year, the actress seems on a signing spree and is getting hands-on projects after projects. She announced the Mithali Raj biopic for Viacom18 Studios just last week and now we have heard about two more films that the Mulk actress has greenlighted.

"Taapsee is collaborating with Aanand L Rai once again after Anurag Kashyap's Manmarziyaan. This time, however, it's for a romantic-thriller that will be directed by Vinil Mathew who returns to direction six years after his first film, Hasee Toh Phasee. Vikrant Massey who is starring opposite Deepika Padukone in Meghna Gulzar's Chhapaak has been paired opposite Taapsee in this yet-untitled film," a source close to the actress confirmed to Peepingmoon. 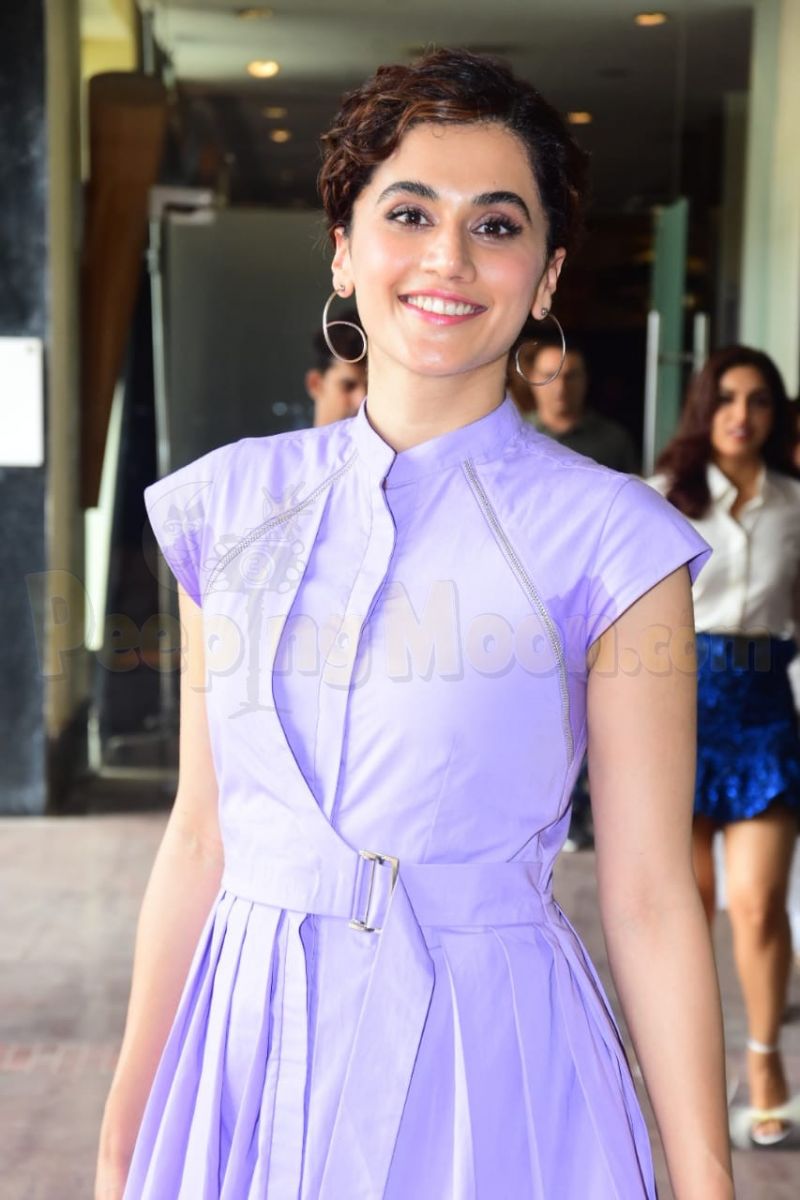 The Aanand L Rai and Bhushan Kumar production is said to be revolving around the 2013 Muzaffarnagar riots that killed 62 people and injured close to 100 people due to the clashes between the Hindu-Muslim communities. The pre-productions of the film are already underway and will start rolling mid-next month in North India.

"The second project that Taapsee has signed is with Sanjay Leela Bhansali where the actress will be seen playing a double role for the very first time in her career," the source further said. "This film that Bhansali produces along with Shabina Khan is said to be a musical entertainer with a comedy of errors and will have two leading heroes romancing Taapsee. The script has been finalized and is expected to go on floors in the first half of 2020. A director who has a flair for entertainers will be helming it."

Happy Happy Birthday Captain @mithaliraj ! You have made all of us proud in more than many ways and it’s truly an honour to be chosen to showcase your journey on screen. On this Birthday of yours I don’t know what gift I can give you but this promise that I shall give it all I have to make sure you will be proud of what you see of yourself on screen with #ShabaashMithu P.S- I am all prepared to learn THE ‘cover drive’ #HappyBirthdayCaptain

The two new films' addition in her pipeline, however, has brought some changes in Taapsee's date diaries. Her supernatural thriller with Anurag Kashyap that was earlier scheduled to kick off in December has been postponed by a few months. The actress, we heard, will be shooting for Vinil and Anurag's film simultaneously, followed by Ronnie Screwvala's Rashmi Rocket in March 2020 and Bhansali's film after that at a foreign location. Rahul Dholakia's Mithali Raj biopic is believed to roll only by mid-next year.