The big news today is not that Shakun Batra, who directed Ek Main Aur Ekk Tu (2012) and Kapoor and Sons (2016) for Dharma Productions is now making a third film with Karan Johar as producer. Nor is the big news the fact that this untitled film that will go on the floor in March 2020 has Deepika Padukone and Siddhant Chaturvedi in the lead roles.

The big news, PeepingMoon.com brings to you exclusively, is that Dharma has apparently just signed on young Ananya Panday to also join this film. And the actress, whose second film Pati Patni Aur Woh released just yesterday to terrific response for her performance, is believed to have bagged a real solid role in the Deepika-Siddhant starrer. 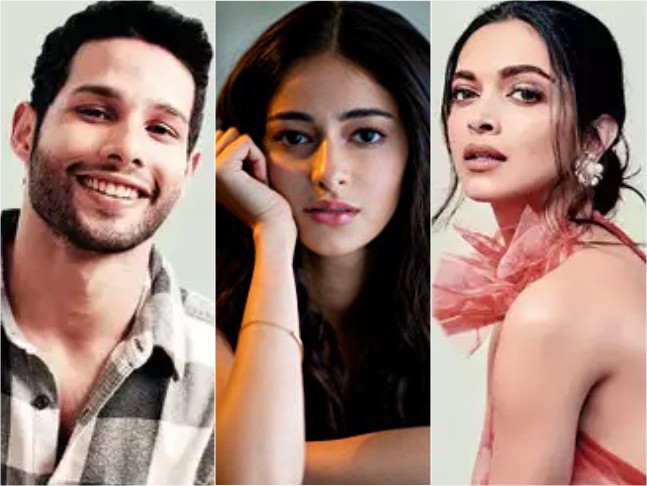 Recommended Read: 'I can’t ever deal with a boyfriend or husband like Chintu Tyagi,' says Ananya Panday as she plays the ‘other woman’ in 'Pati Patni Aur Woh'

This Dharma film is said to be on relationships in the modern world and revolves around two couples. One, of course, will be Deepika and Siddhant. And the other will be Ananya and another actor that Dharma has yet to decide on. This will be Deepika’s second film only with KJo’s production house after Yeh Jawaani Hai Deewani in 2013.

According to a media report, Shakun wanted a fresh face opposite Deepika and that’s why he chose Siddhant. Perhaps, the same formula works for the director with Ananya even though the actress is just two films old (SOTY 2 and Pati Patni Aur Woh) and is working on her third, Khaali Peeli, but is such a rage on social media that people think they have been seeing her forever.