On Sunday, the Mumbai Police force held its annual charity event in the city. Titled Umang, the event works for the monetary benefits of police officers and their families. Umang, which started five years ago, witnesses the who's who of Bollywood attending the do. This year wasn't different. The event saw the television world, as well as the film industry, mark their presence.

In attendance at Umang 2020 was Janhvi Kapoor. 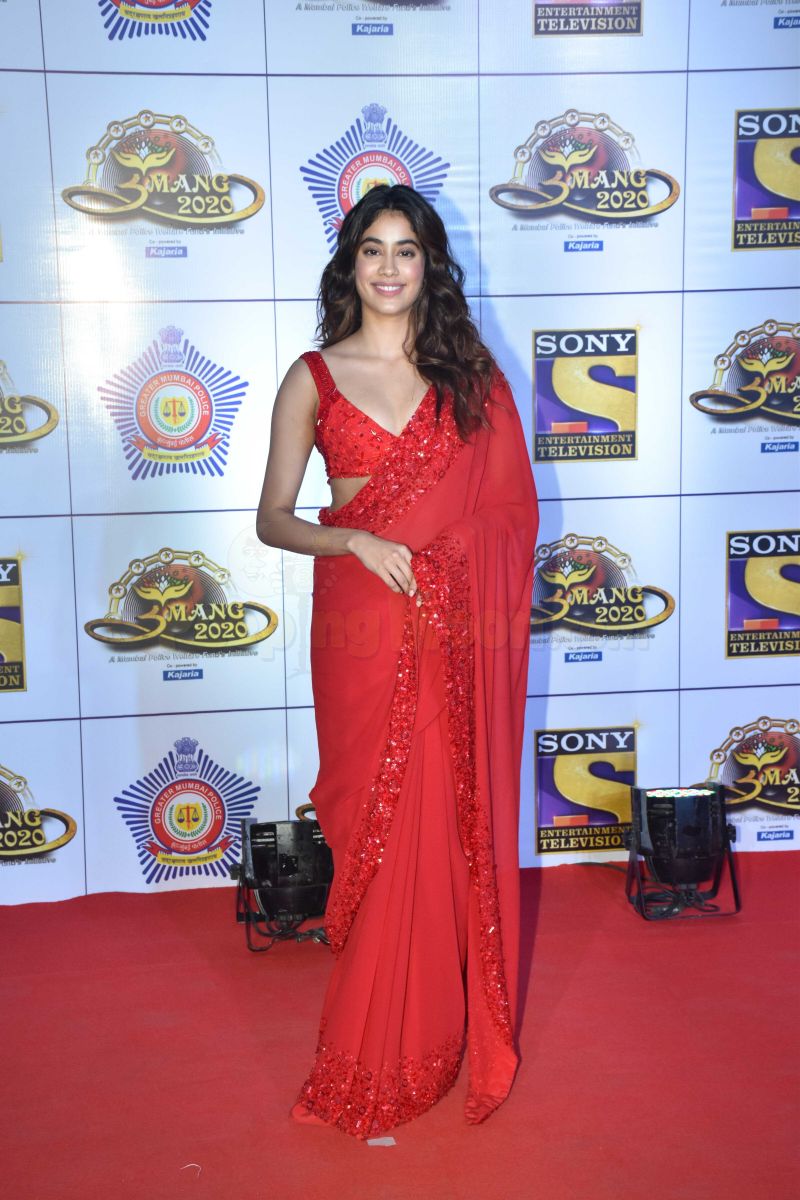 The actress who made her debut with Dhadak in 2018, after going missing from the big screens, will be seen as IAF pilot Gunjan Saxena in her biopic which is releasing on March 13, 2020. Janhvi, for the event, opted for a red saree. Looking like a carbon copy of her mother, late Sridevi, the 22-year-old star floored us with her beauty. 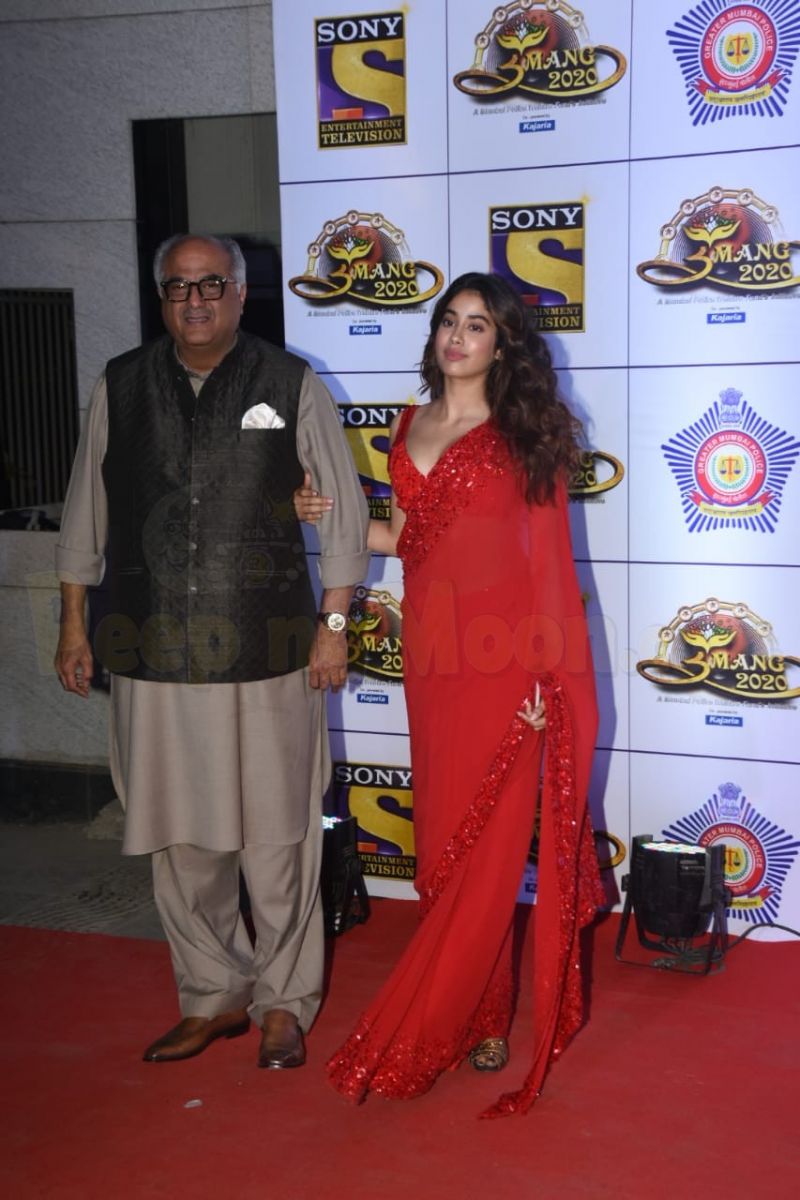 She was accompanied by her father Boney Kapoor. The father-daughter duo is said to be collaborating for a film titled Bombay Girl. However, there is no official confirmation about the same. 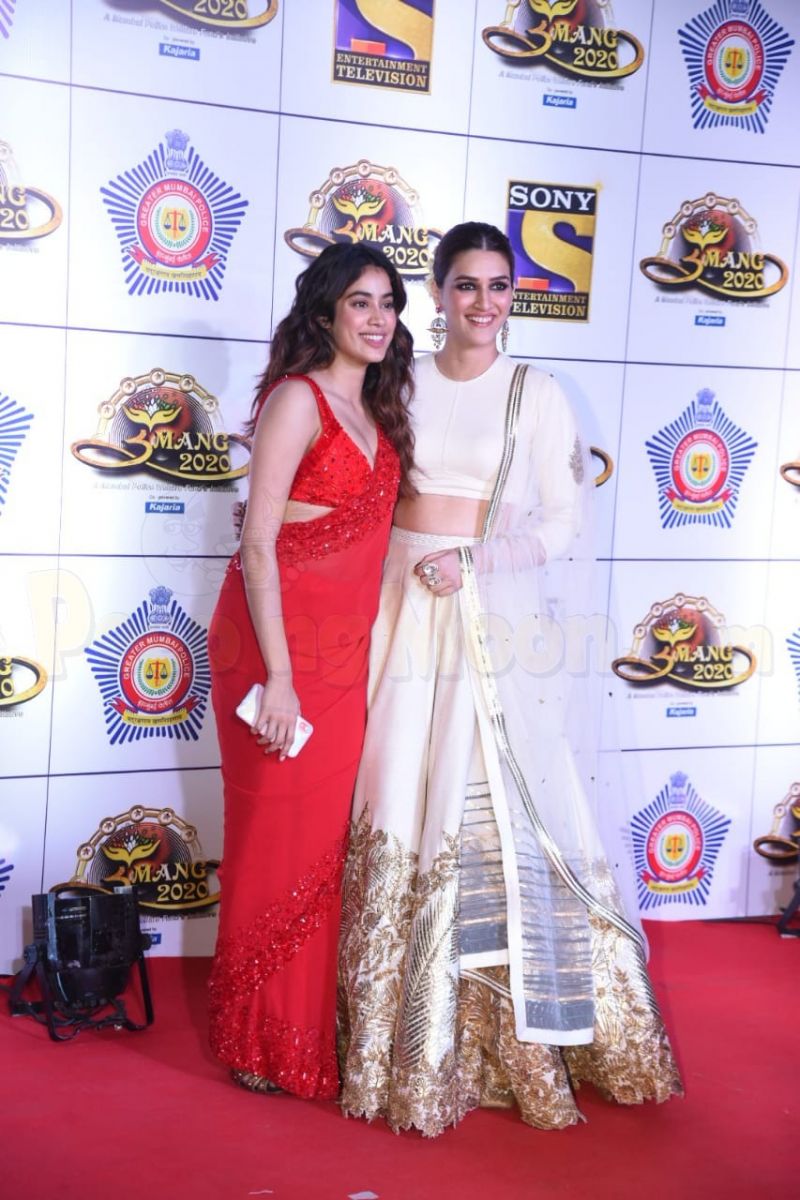 Apart from Boney, Janhvi was seen posing with Kriti Sanon on the red carpet of Umang 2020. 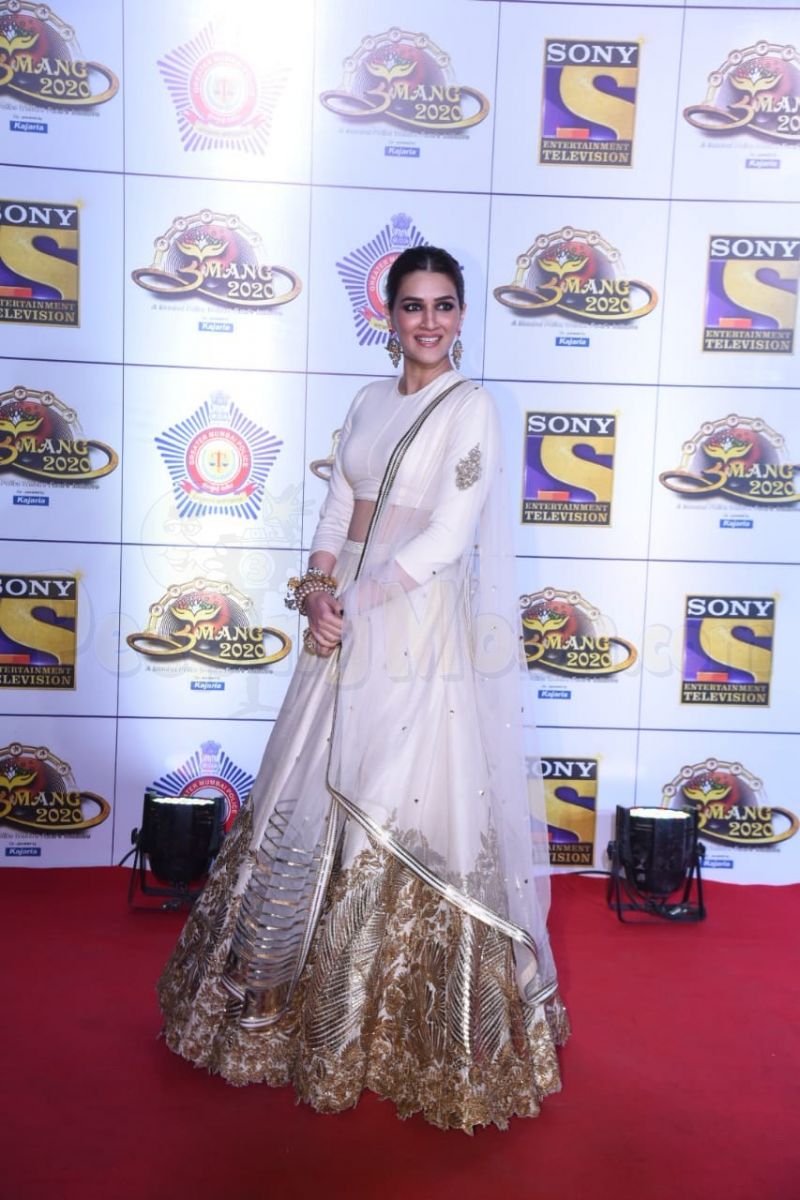 Kriti, who is currently shooting for Laxman Utekar's Mimi, stunned in a white and golden lehenga. With her hair done into a neat bun and opting for radiant glam, the actress was drop-dead gorgeous. 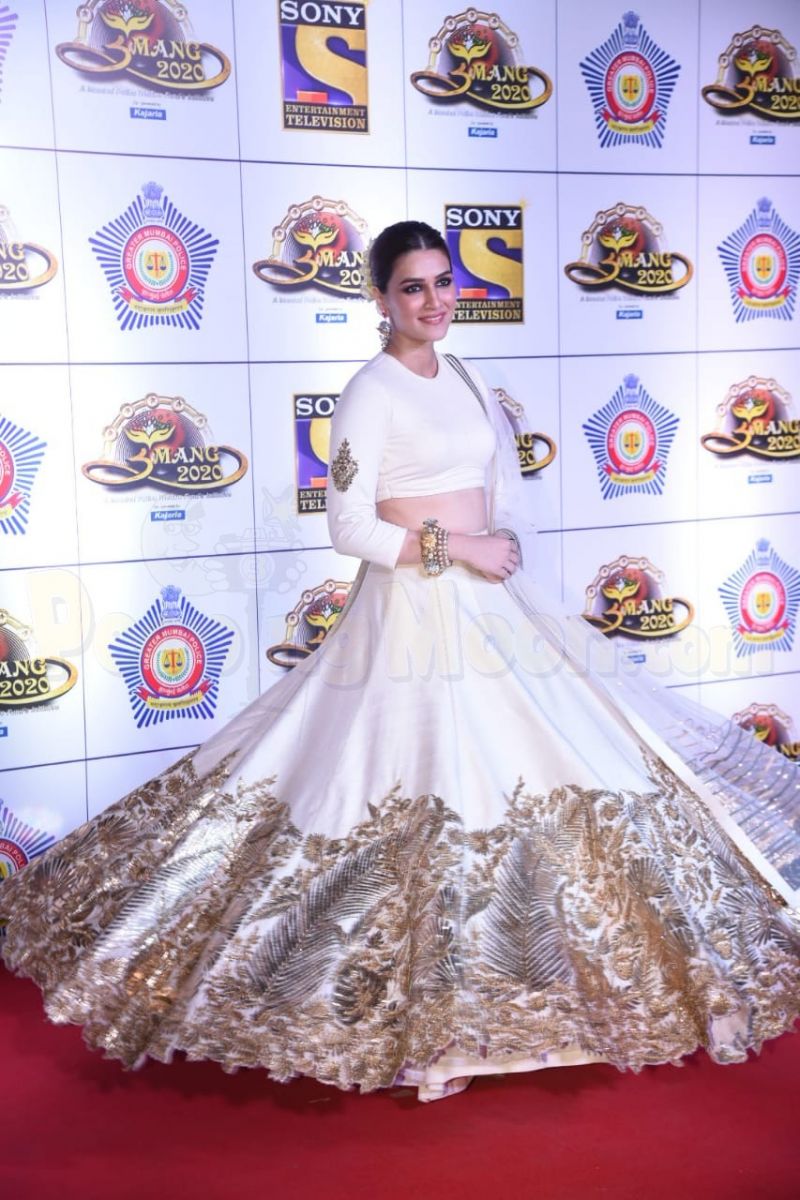 Twirling and swirling her way, Kriti was a sight to behold. Kriti posed for pictures with the Mumbai Police force too. Ishaan Khatter was also at Umang 2020. The actor, currently shooting for A Suitable Boy with Tabu, opted for a purple jacket and teamed it with white pyjama. 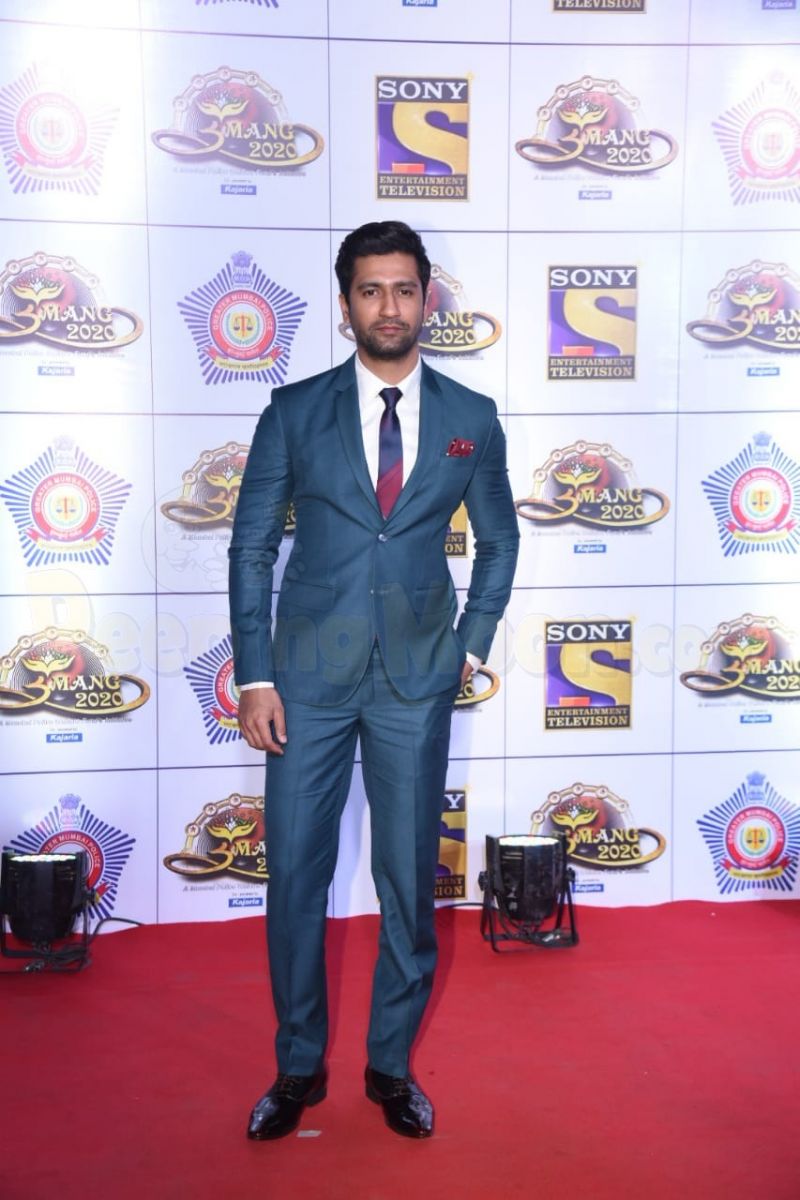 The actor whose next film Bhoot: Part One The Haunted Ship is due for release in a month's time, looked dapper in a suit. Workwise, Vicky wrapped the shoot of Sardar Udham Singh. He will begin filming for Takht and Sam Maneckshaw biopic soon. 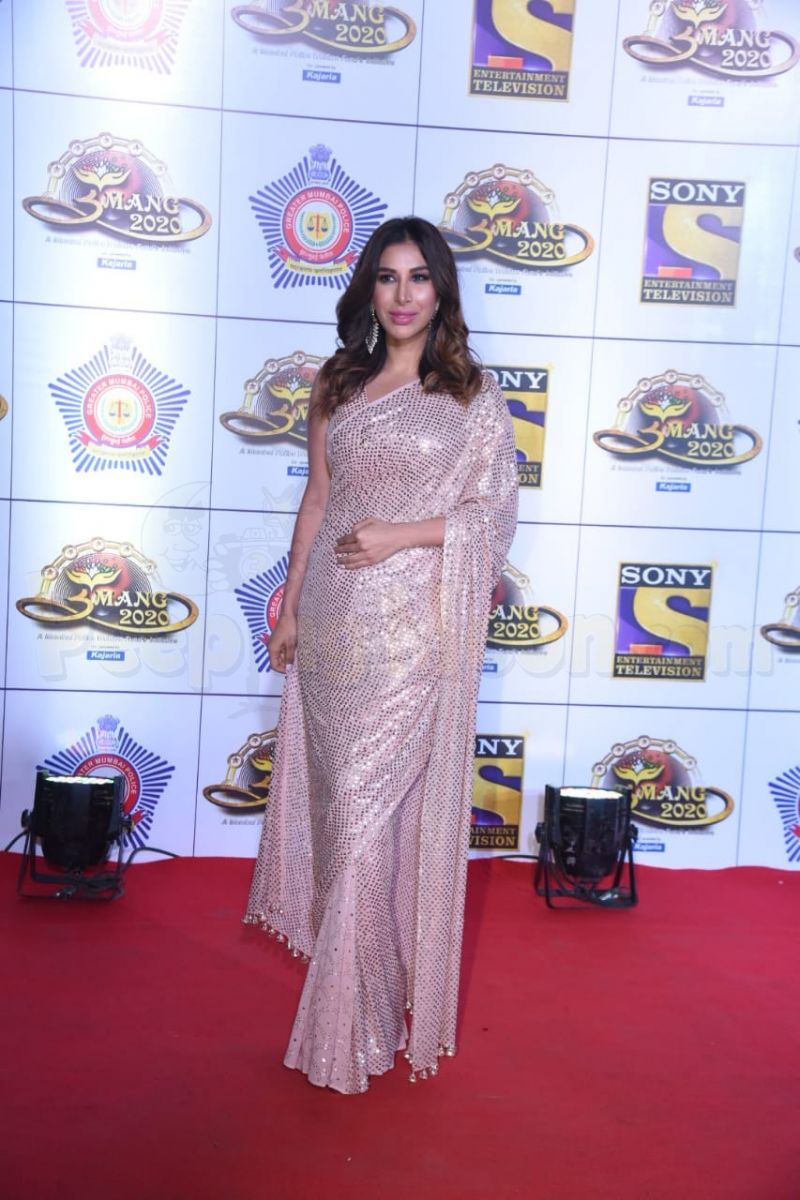 Sophie Choudry was also clicked at the event. The actress looked stunning in a shimmery saree. 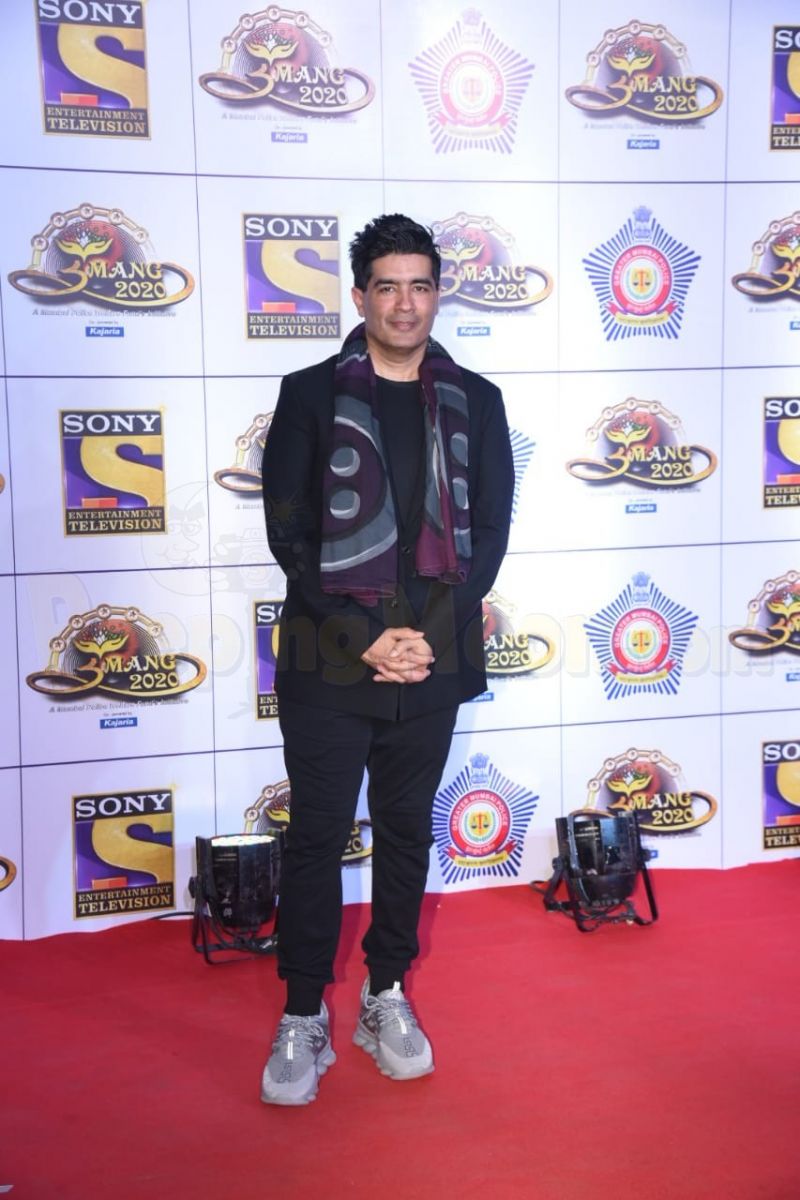 Manish Malhotra was his stylish self at Umang 2020. Posing for the cameras happily, Manish was all smiles. 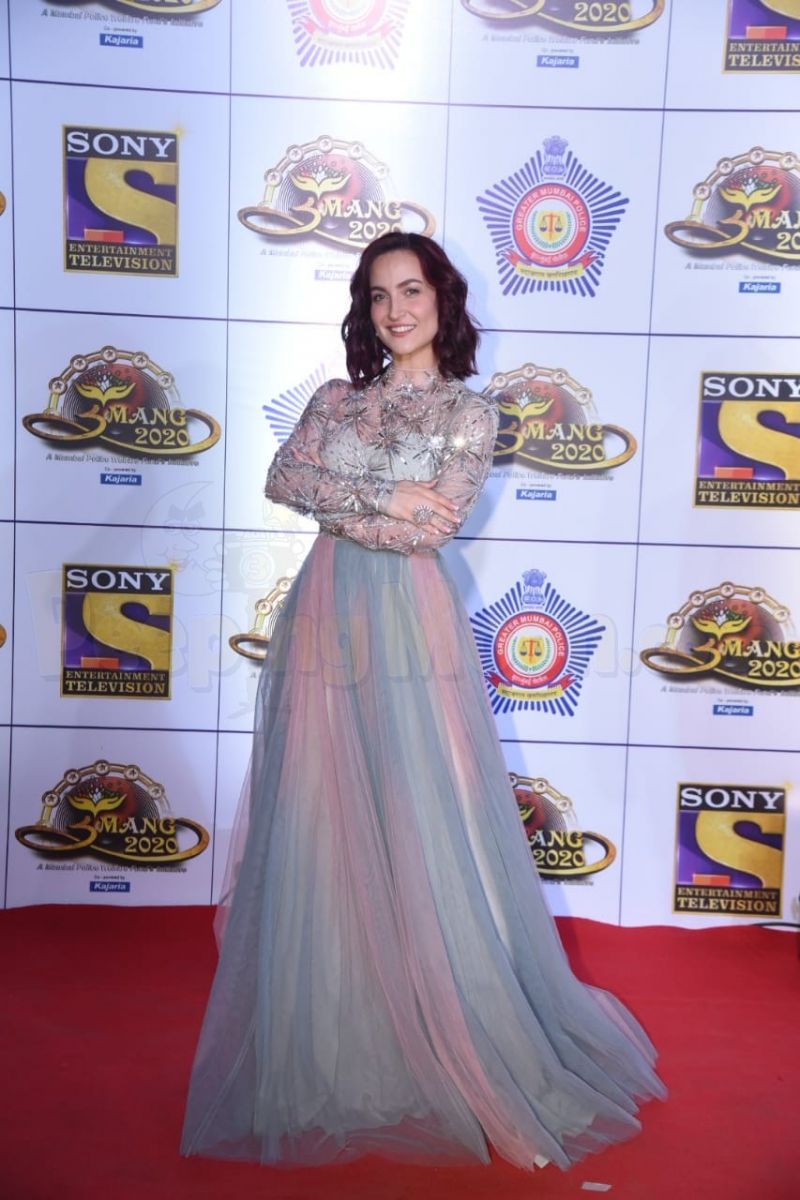 Elli AvrRam, at Umang, looked absolutely delicate and resembled a life-sized doll as she posed for the cameras. 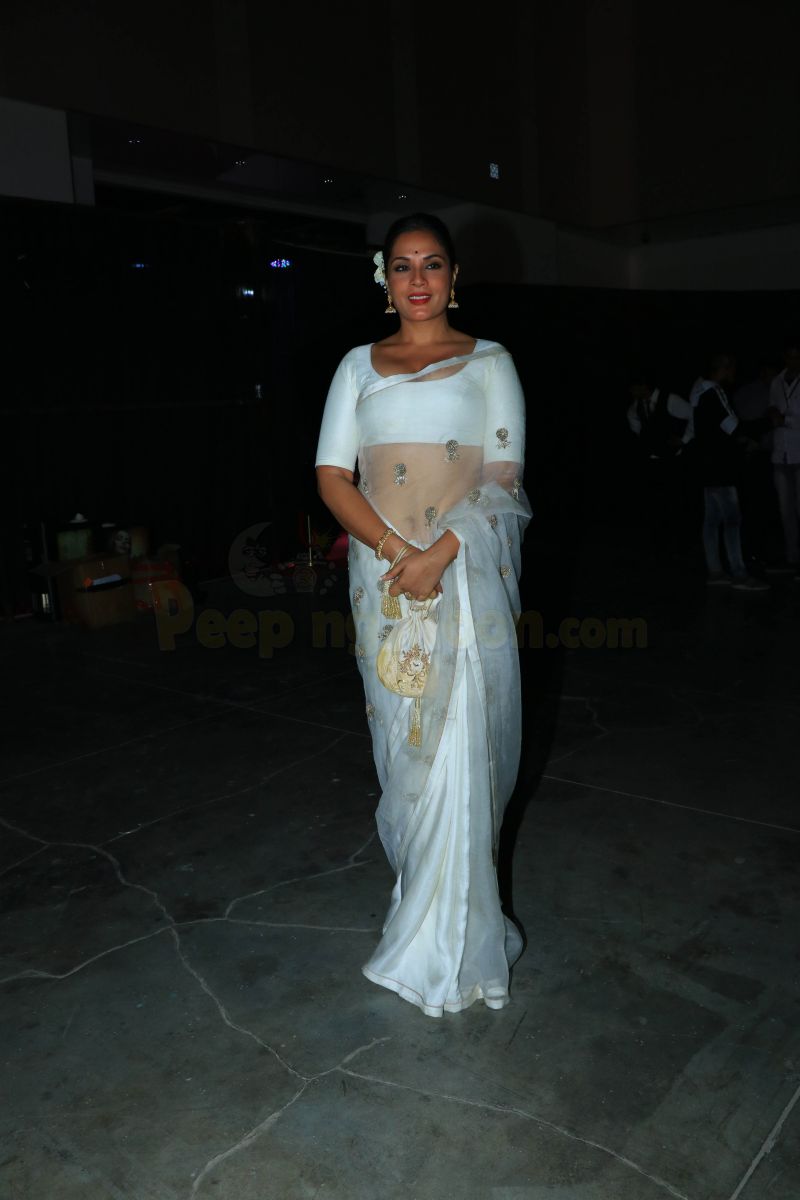 Richa Chadha opted for a sheer white saree for Umang 2020. Posing for the cameras, the actress cut out a pretty picture. 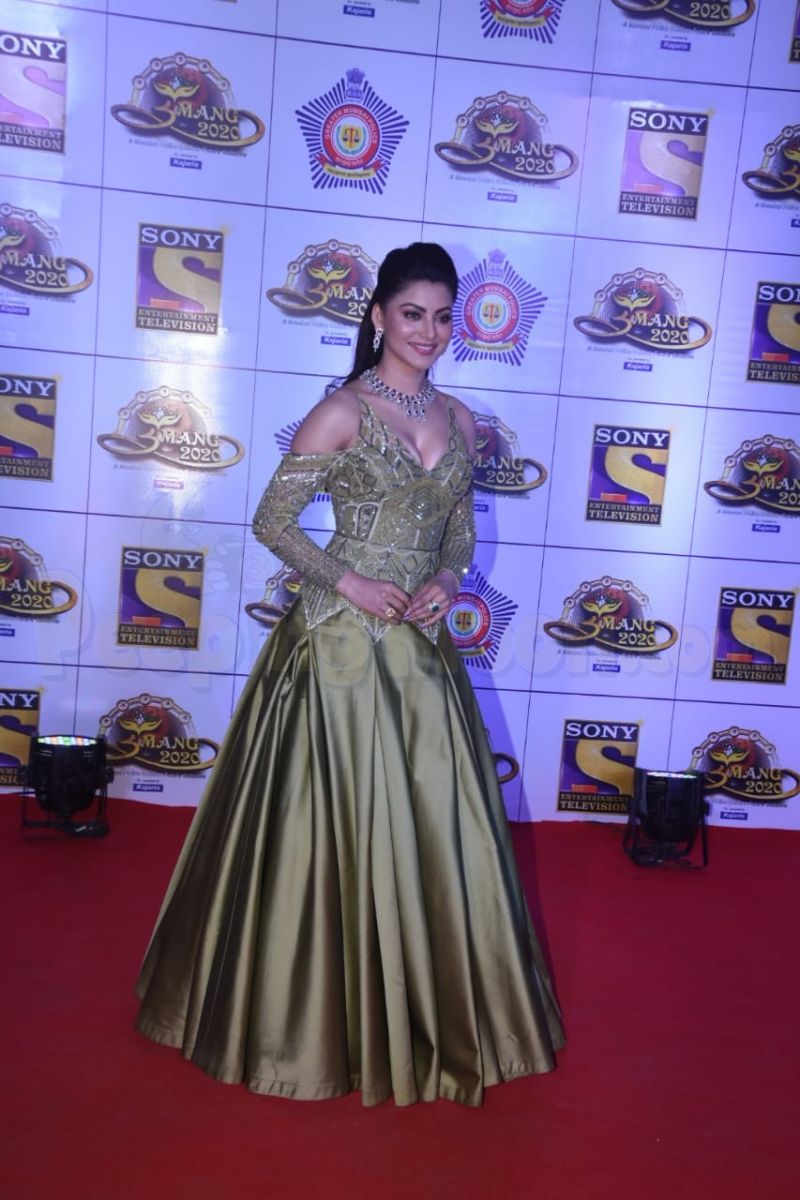 Urvashi Rautela looked lovely in a gown. With her hair done into a neat ponytail, the actress was good to go.