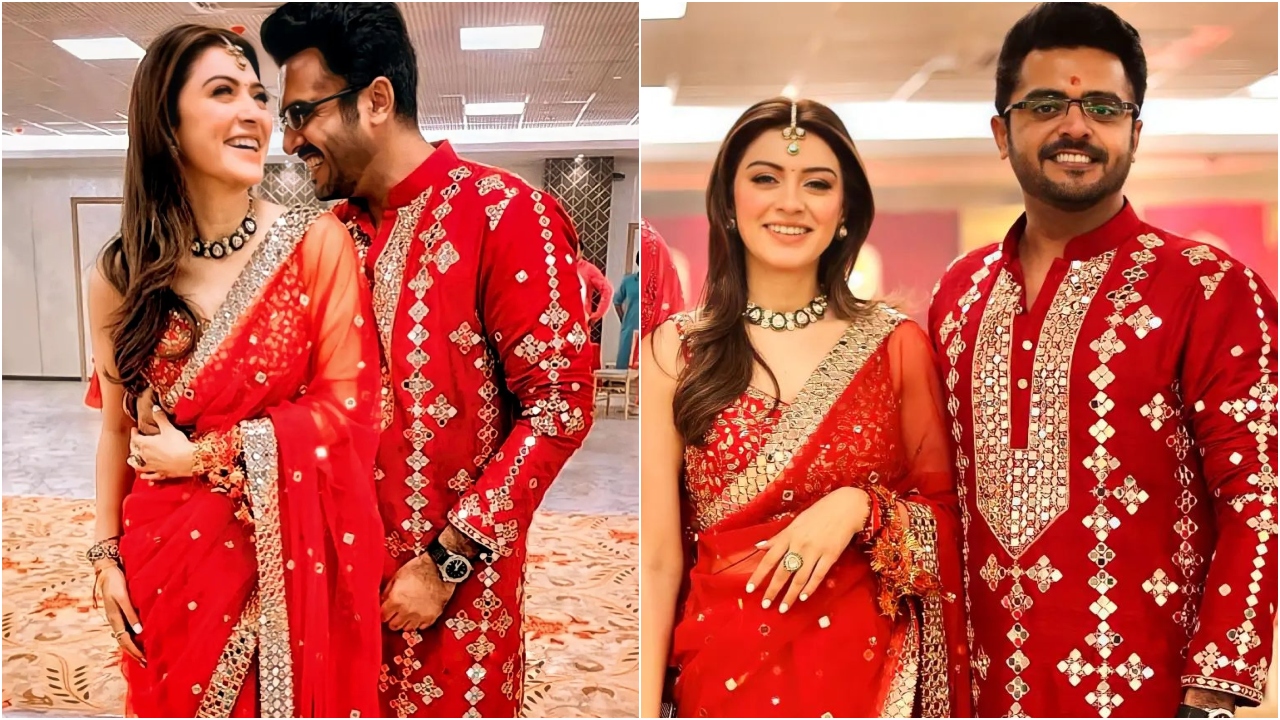 On November 2, 2022, Hansika Motwane confirmed her relationship with Sohael Khaturiya on social media with their proposal pictures. Hansika, who is all set to tie the knot on December 4, dropped in some stunning pictures with her fiance. Ever since, fans have been wanting to know more about the actress's wedding. Now, Hansika and Sohael's pre-wedding festivities have kickstarted with a Mata Ki Chowki.

At the first wedding function, Hansika was seen in a red saree while Sohael twinned with her in a red sherwani with mirror details. Photos and videos from inside the function have been shared on social media by the hosts, the guests, and also on the fan pages of the actor.

Another photo from the event shows Hansika and Sohael posing with the actress' brother, Prashant Motwani. He chose a pink sherwani for Mata Ki Chowki.

According to a media report, Hansika and Sohael's grand wedding will take place at the 450-year-old Mundota Fort and Palace in Jaipur. The couple will take part in sufi night on December 2, followed by mehendi and sangeet on December 3. The next day, December 4, the haldi ceremony will take place, followed by the wedding in the evening and a casino-themed after-party at night. Further, Hansika and Sohael's family members will also enjoy a polo match together.