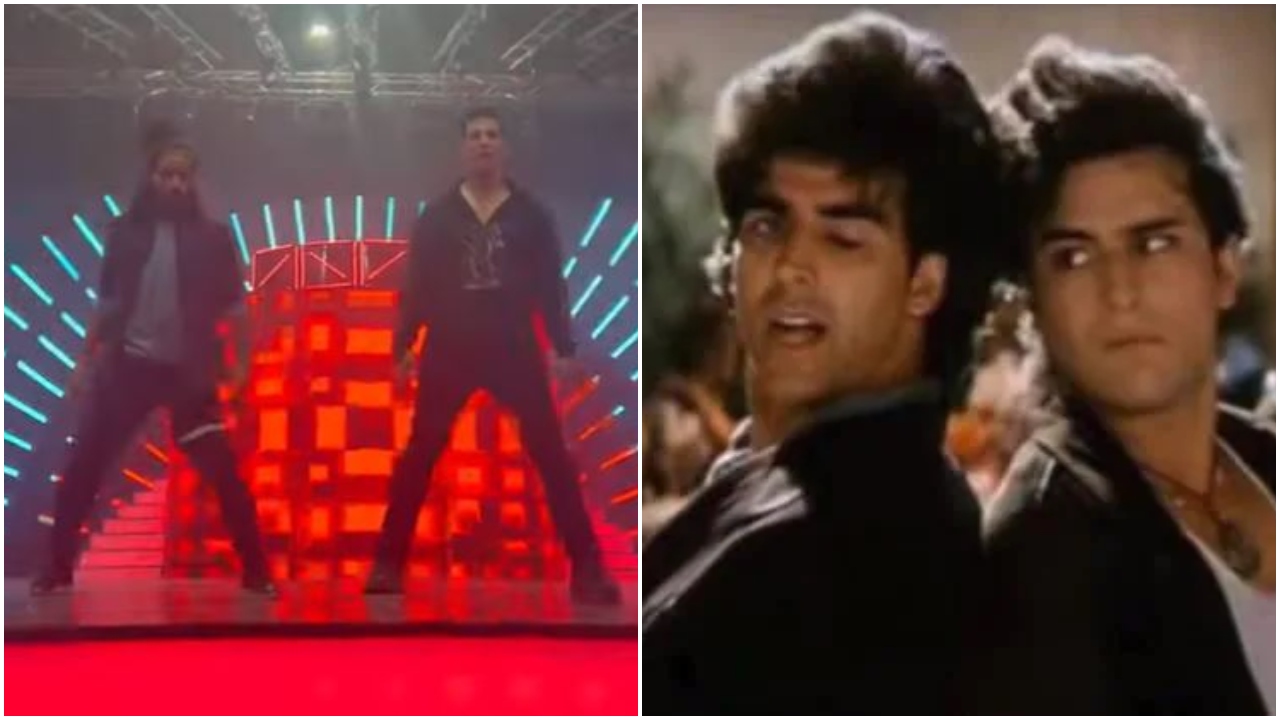 Akshay Kumar has teamed up with Raj Mehta once again for Selfiee co-starring Emraan Hashmi, Nushrratt Bharuccha and Diana Penty. The film is currently on floors. On Tuesday, Akshay shared a BTS video from the sets of Selfiee on Instagram.

In the BTS video, the superstar can be seen rehearsing for a song. But, hold on. The song is a special one. Akshay will be recreating his popular chartbuster song Main Khiladi Tu Anari in Selfiee. Sharing the video, he wrote, "It’s been 28 years but dancing again to the tunes of Main Khiladi Tu Anari for #Selfiee still brings back fondest memories."

He further wished his Main Khiladi Tu Anari co-star Saif Ali Khan on his birthday. Akshay added, "Especially when it happens to be the birthday of my partner-in-crime in the original, Saif Ali Khan. He’s not on social media but wishes reach nonetheless Happy Birthday, brother!"