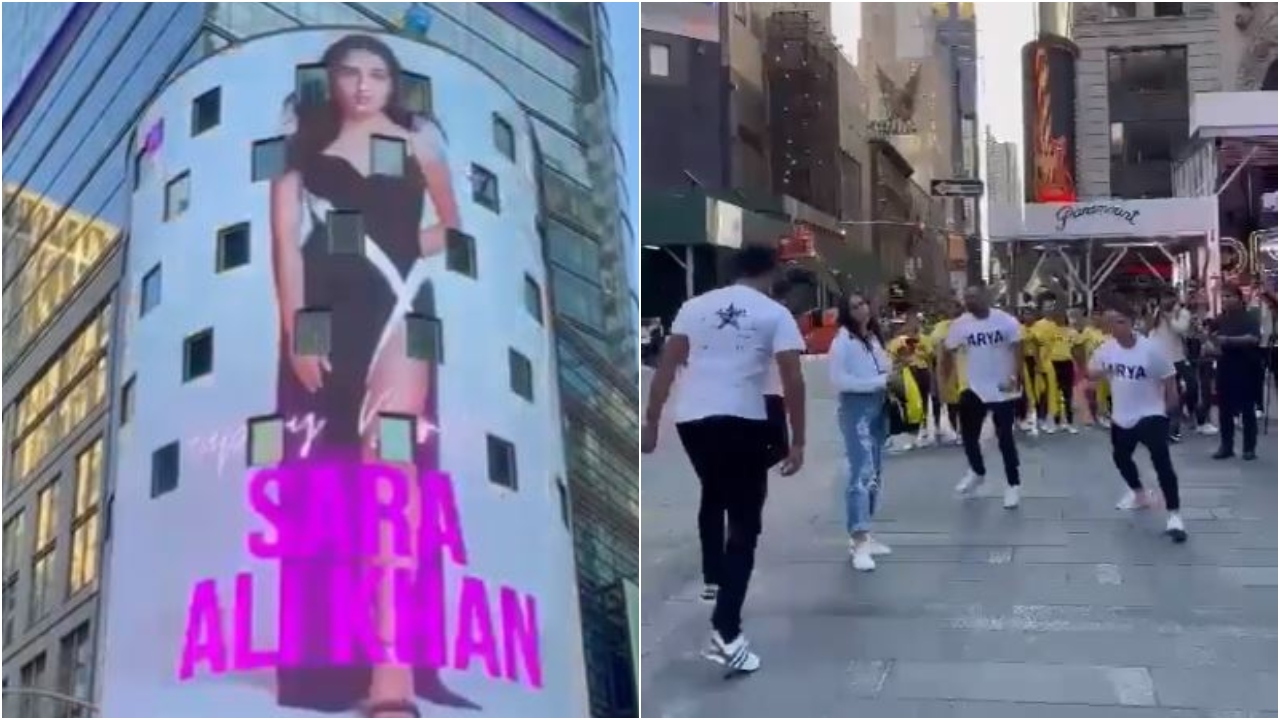 Bollywood actress Sara Ali Khan has turned a year older today and more than anybody, her fans are celebrating this occasion as a festival. To surprise the actress, her fans lit up billboards in Times Square, New York, and conducted a flash mob where they danced to all of Sara’s songs.

Sara is currently stationed in New York for her work commitments and will be celebrating her birthday in the city itself. While her fans went out of their way to wish for Sara, the actress couldn't control herself and got emotional by this grand gesture. The fans lit up the LED screen with Sara’s pictures which also included pictures of her family and friends along with the birthday girl herself.

They surprised sara at Times Square OMGGGGGGG THIS IS SO COOL

While on the film front, the actress was spotted shooting for ‘Gaslight’ with Vikrant Massey and has recently finished shooting for an untitled project next to Vicky Kaushal. Sara Ali Khan has wrapped up major portions of two films and is all set to start with the third film, which is yet to be announced.