The trailer of Ek Villain Returns starring John Abraham, Arjun Kapoor, Disha Patani and Tara Sutaria in the lead was unveiled today at a launch event in the city. All the four lead stars were present at the launch including producer Ekta Kapoor. The trailer opens with JD Chakravarthy taking us down the memory lane of the villainy that was paramount in the first film and we get to see a glimpse of Riteish Deshmukh as the serial killer in Ek Villain.

The trailer of Ek Villain Returns shows a killer on the loose who is out to kill women who do not reciprocate their stalker’s affections. We also get to see some close face-offs between John and Arjun where it is difficult to ascertain who is the villain and who is the hero. On the other hand, the women of the film, Disha and Tara are also no less and have some menacing traits inherent in their personalities as well which becomes a game changer as the trailer ends.

The trailer also has a reprised version of Galliyan from the first film. The music for Ek Villain Returns has been given by Ankit Tiwari, Tanishk Bagchi and Kaushik-Guudu. Yesterday, first look posters of the actors from the film were revealed online. Making a dramatic entrance at the grand trailer launch event in the city, the actors emerged onto the stage from behind the blown-up life-sized versions of the infamous smiley masks associated with the franchise. Who’s the villain? The makers are dead-set on keeping you guessing!

Talking about Ek Villain Returns trailer, producer Bhushan Kumar, Chairman & Managing Director – T-Series, said, “The Ek Villain franchise has already gathered a lot of momentum! The response to the teaser posters and the build-up campaign of EK Villain Returns has been great and we are thankful for all the love that has been coming our way so far. We hope you enjoy the trailer! See you in cinemas on 29th July!” 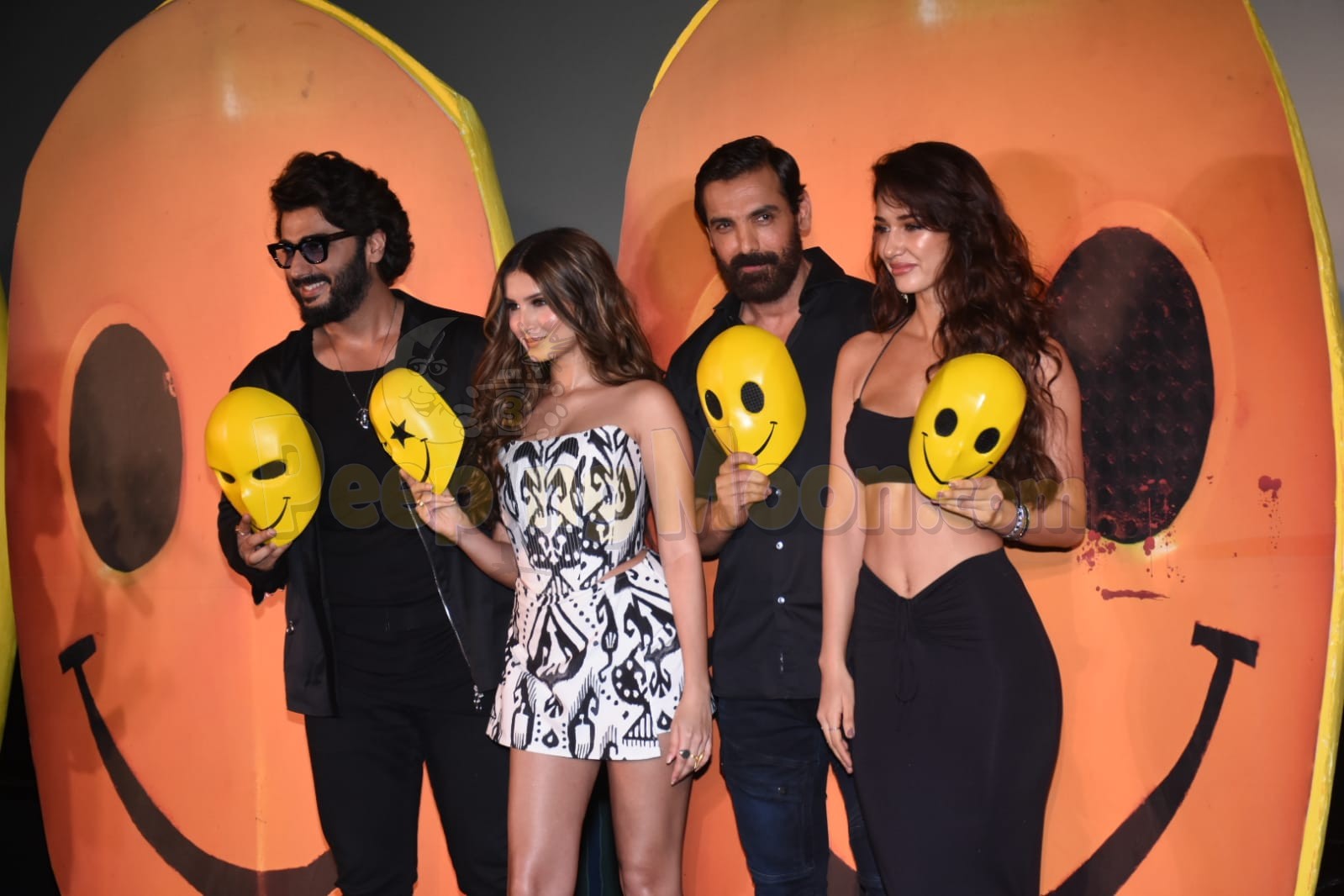 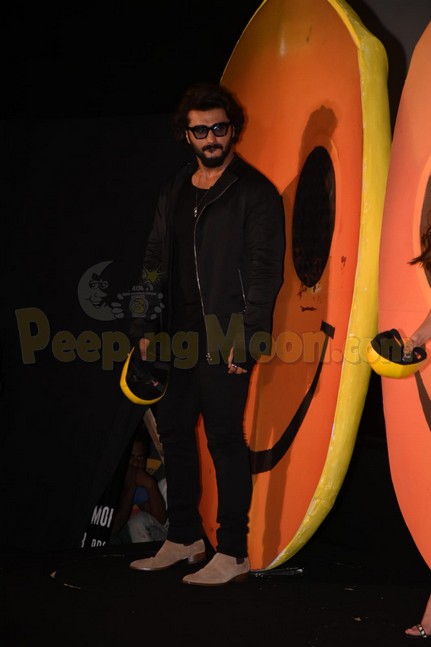 Speaking about the trailer launch, producer Ektaa R Kapoor shares, “Ek Villain Returns has taken the franchise a notch higher with action-packed sequences, romance and cliff hangers! The album is by far the best I’ve heard to date and I can’t wait to share the music of the film with the audience. The attempt is to present a big screen spectacle with intense romance! Come celebrate ‘Villaintines Day’ with us in theatres on 29th July." 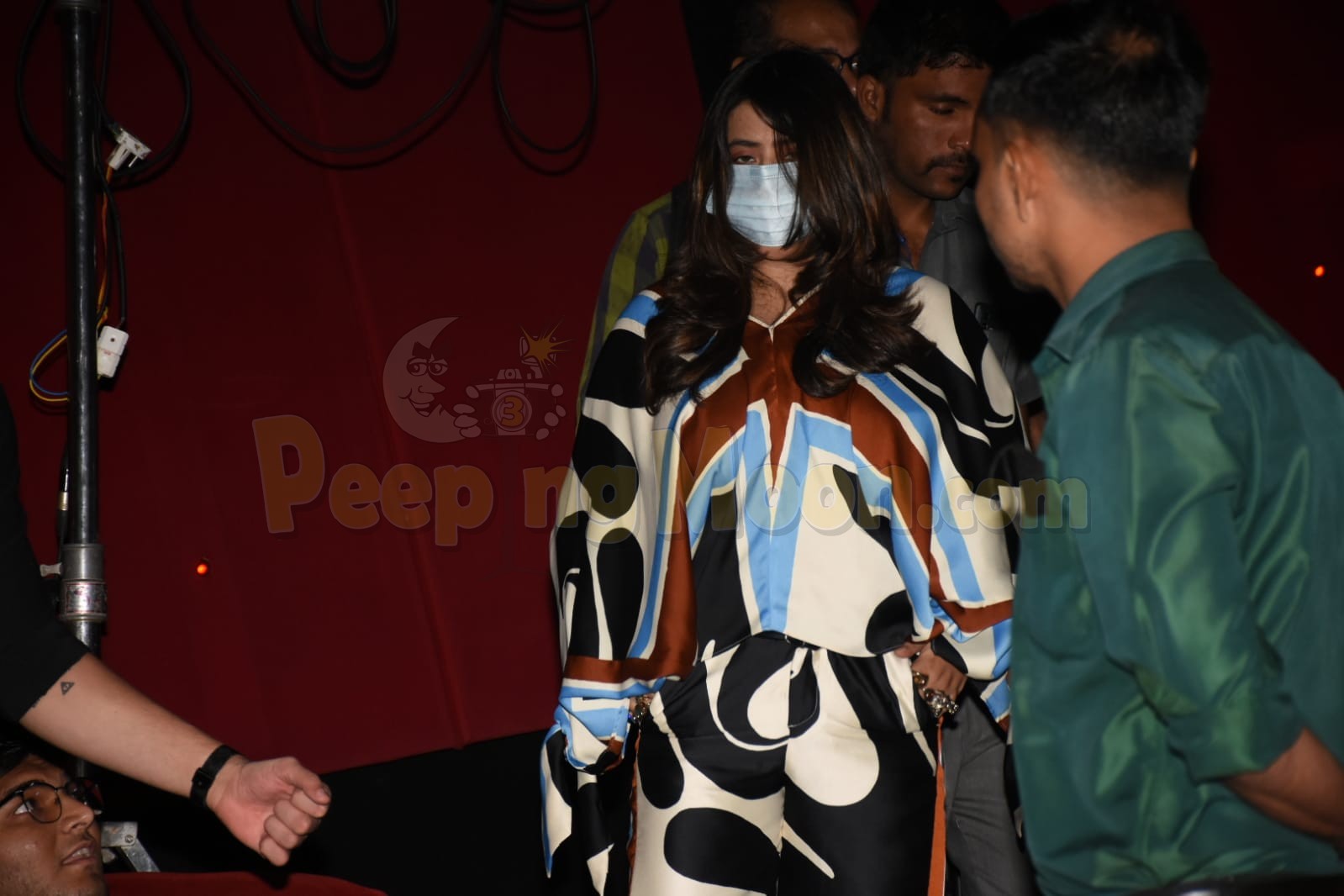 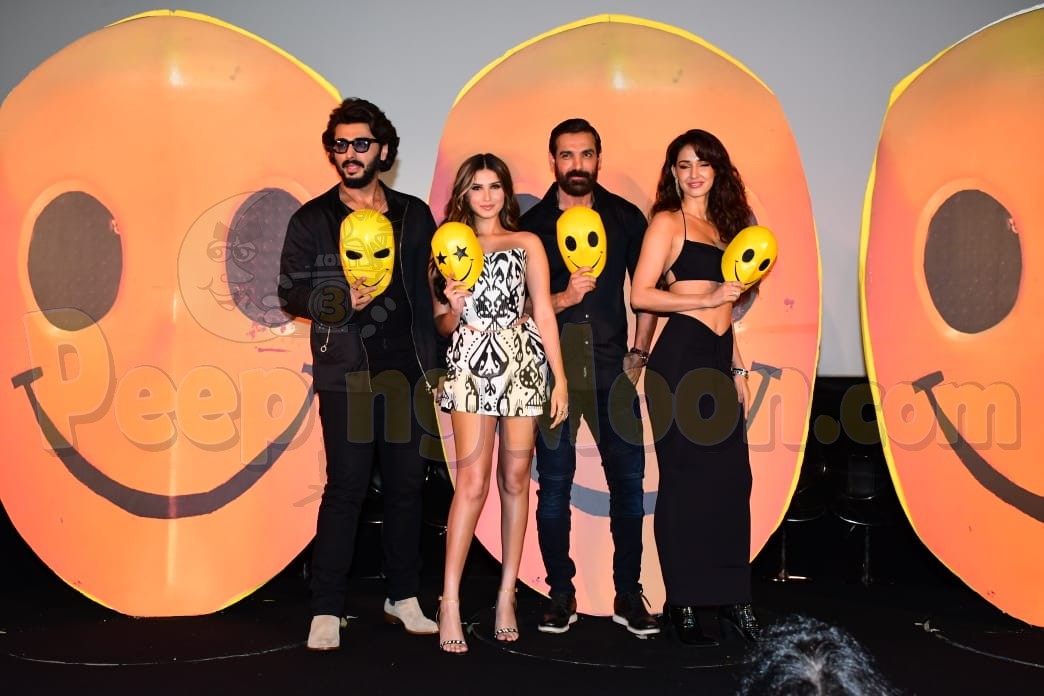 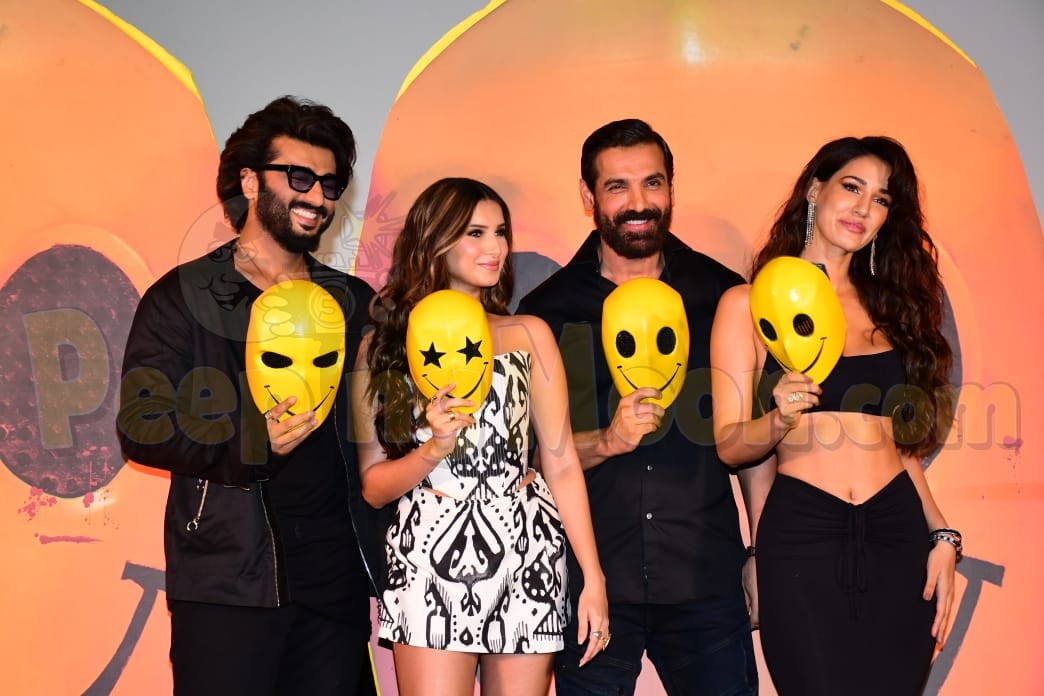 In a similar vein, director Mohit Suri said, “Ek Villain Returns in the most high-octane avatar yet this July! The film has been a labour of love for all of us – every single person working both, behind and in front of the scenes has given it their all to bring back the best of the action thriller universe. Can’t wait till the film is finally yours!” 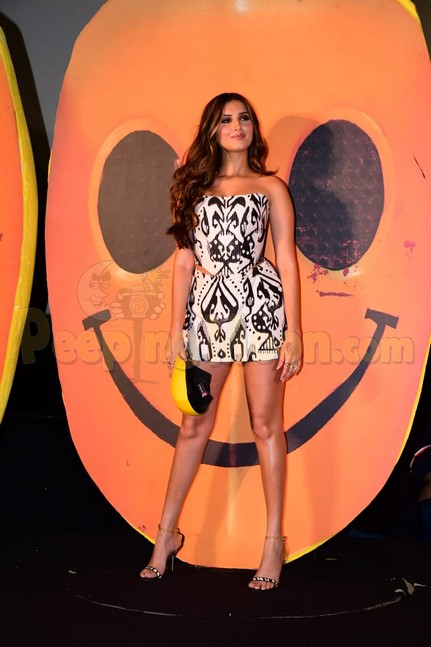 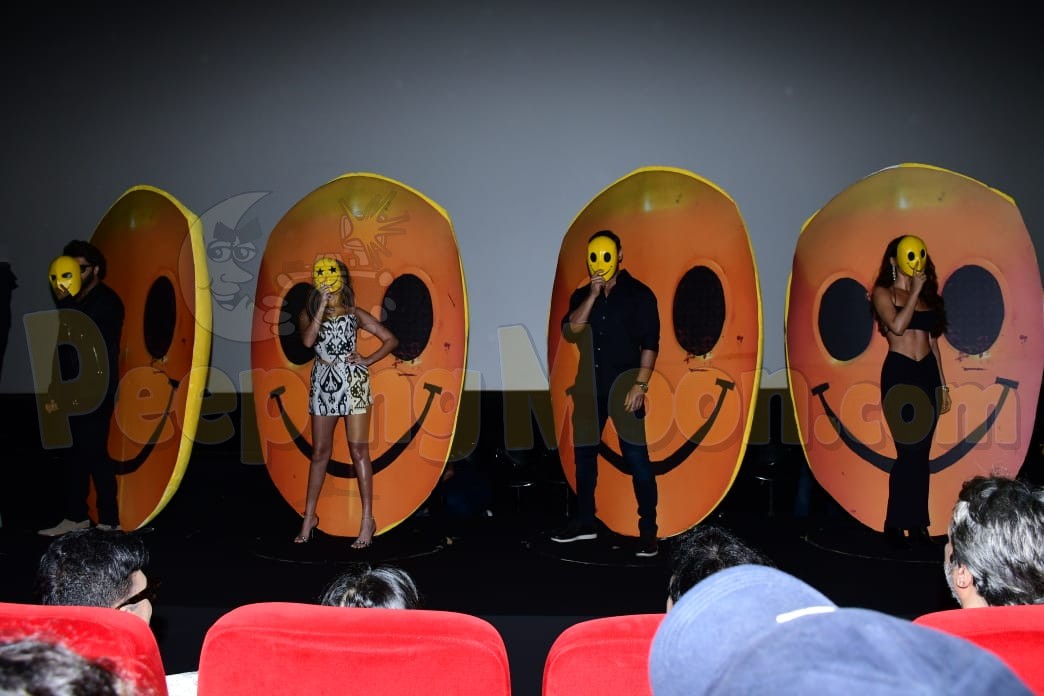 During the event, Arjun, John and Tara donned black outfits while Tara looked pretty in a short white and black dress. They all posed with the yellow signature masks from the film. Ek Villain Returns is directed by Mohit Suri and produced by Ekta Kapoor, Bhushan Kumar and Krishan Kumar under their production banners Balaji Telefilms and T-Series respectively. 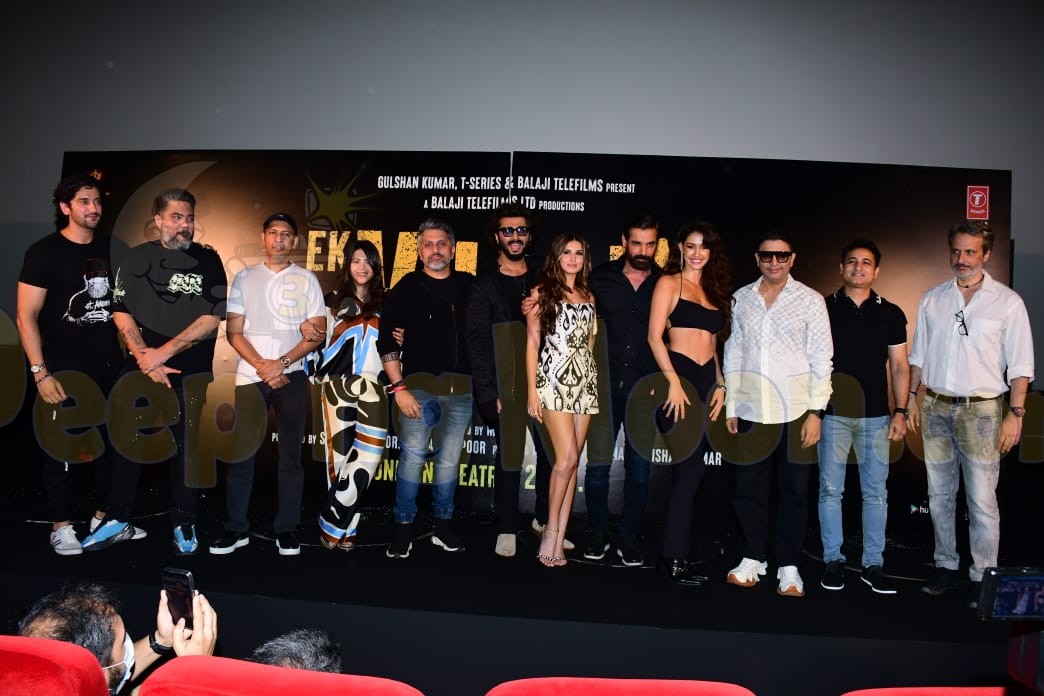 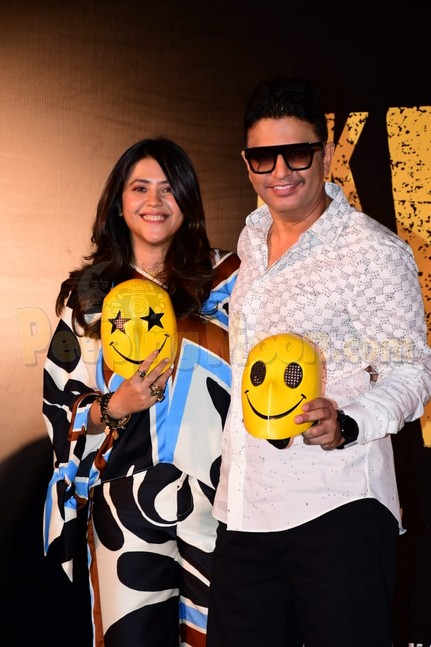 Speaking about the trailer, actor Arjun Kapoor said, “Action is my absolute favourite genre! The script of Ek Villain Returns has easily been one of the most powerful and gripping action thrillers that I have come across and Mohit Suri has brought it alive on canvas in an even bigger way! A lot of hard work has gone into this film and we hope you enjoy it!” 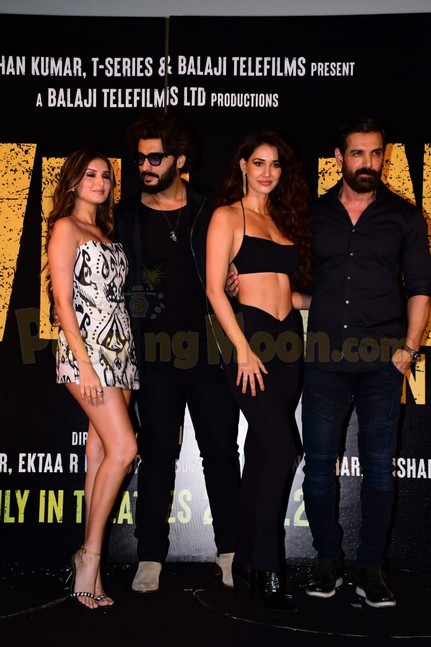 Talking about the film, actress Disha Patani said, “Most of my films have been action thrillers but when I say that you haven’t seen anything like Ek Villain Returns, I mean it! We have done our best to keep you on the edge of your seat and the trailer is only a sneak-peek into what’s to come your way! Beware – you have been warned!” 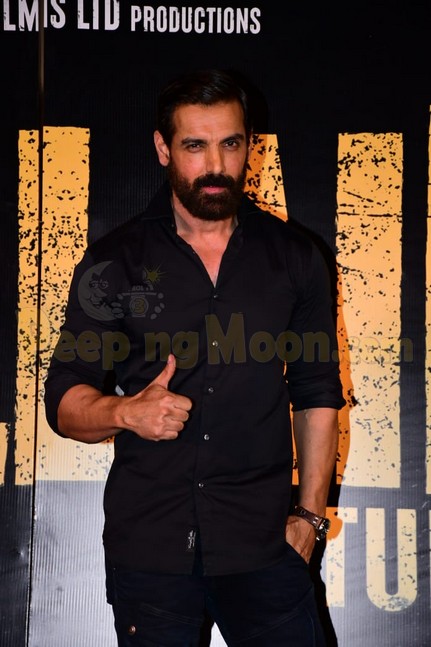 Speaking about Ek Villain Returns, actress Tara Sutaria said, “Collectively, the music team, Mohit and I, on Ek Villain Returns, have tried to create music that is the highlight of the film. Everybody that has watched the film and the trailer so far feels the same and we can't wait to share it with you very soon!" 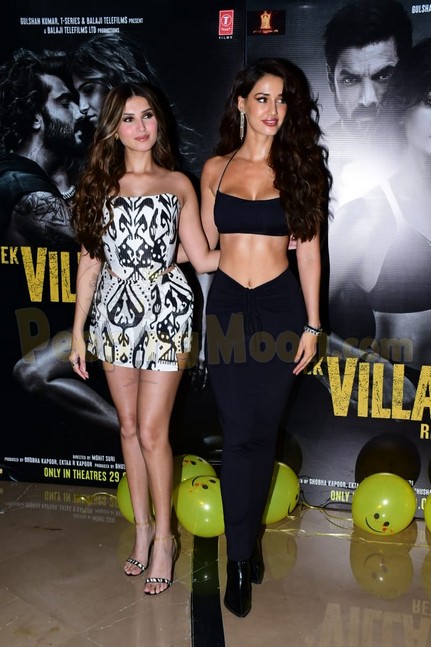 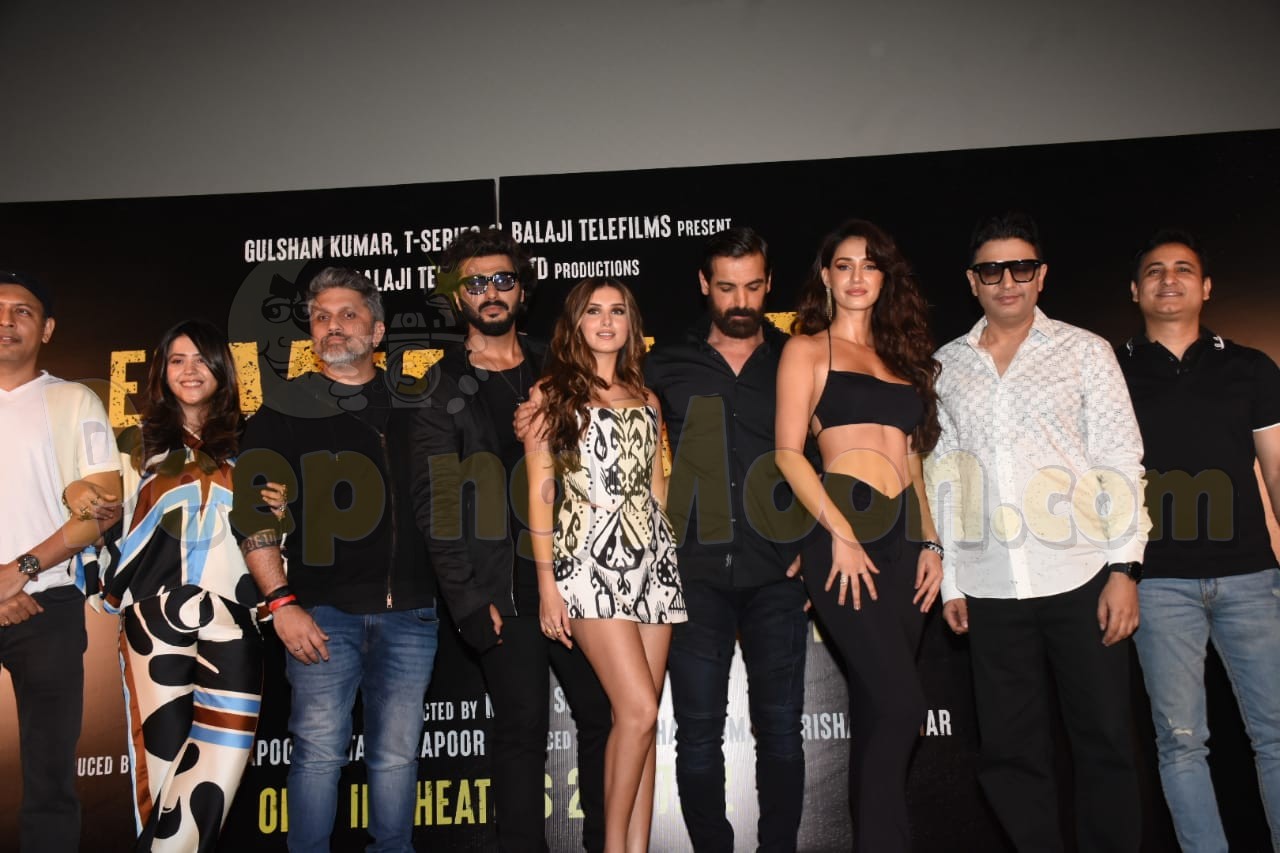 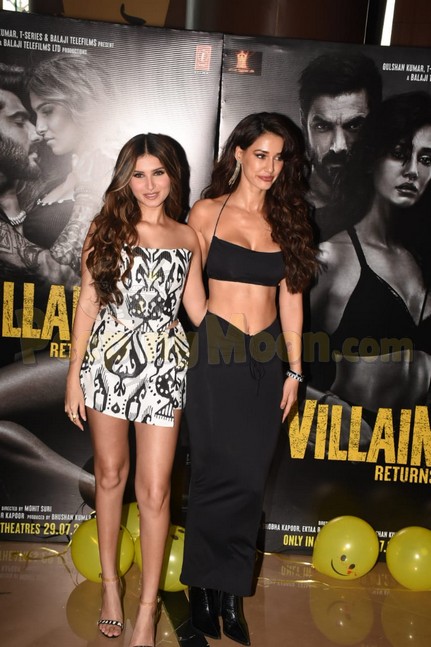 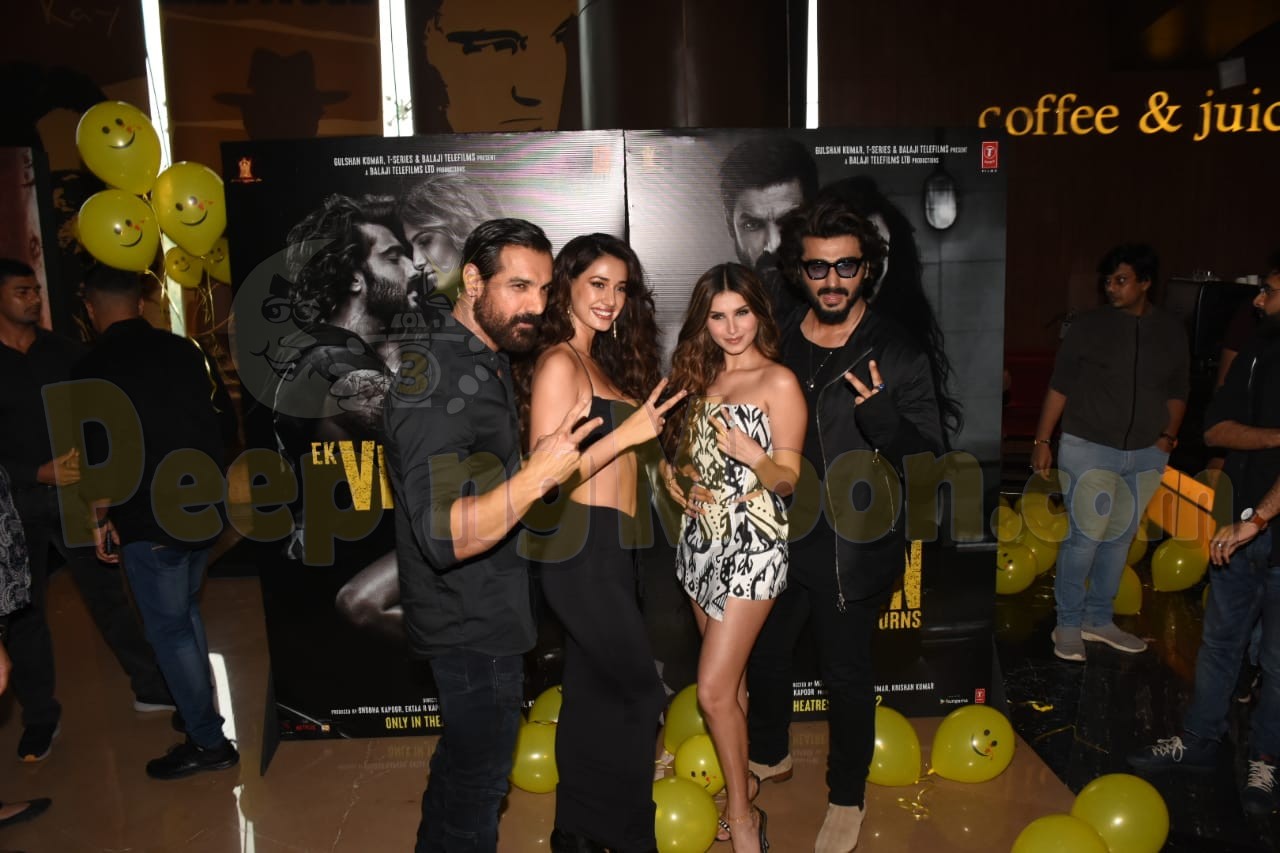 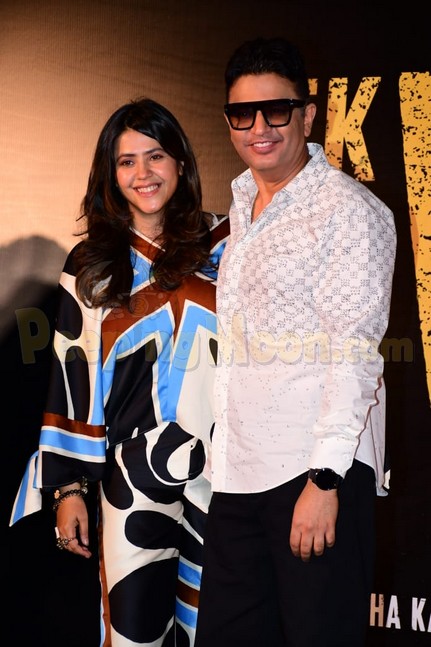 The film releases on July 29 in theatres.