The Pataudis and Kapoors are on a vacation. They are currently in the UK for an annual holiday. On Saturday, during their stay in London, Kareena Kapoor Khan, Saif Ali Khan and Taimur Ali Khan attended a concert at night. The actress shared multiple pictures on her Instagram stories.

In the pictures, it can be observed that Kareena and her elder son Taimur were twinning in identical The Rolling Stones T-shirts. Saif was dressed in a black T-shirt and jeans. Sharing a picture with Saif and Taimur, Kareena wrote, "The Rolling Stones Baby." 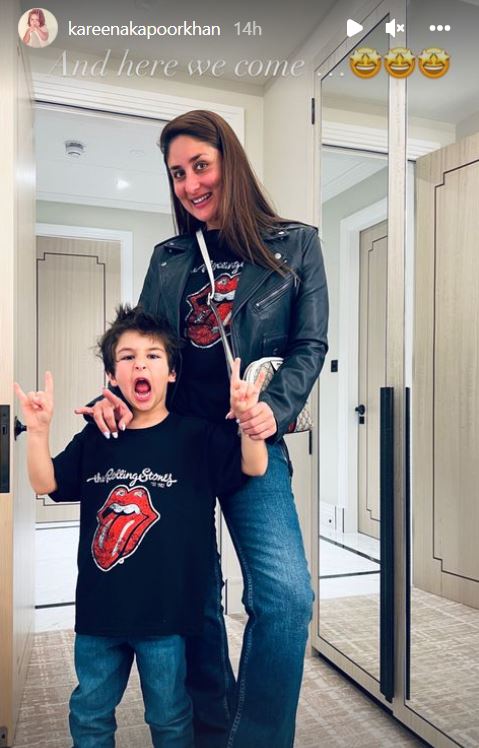 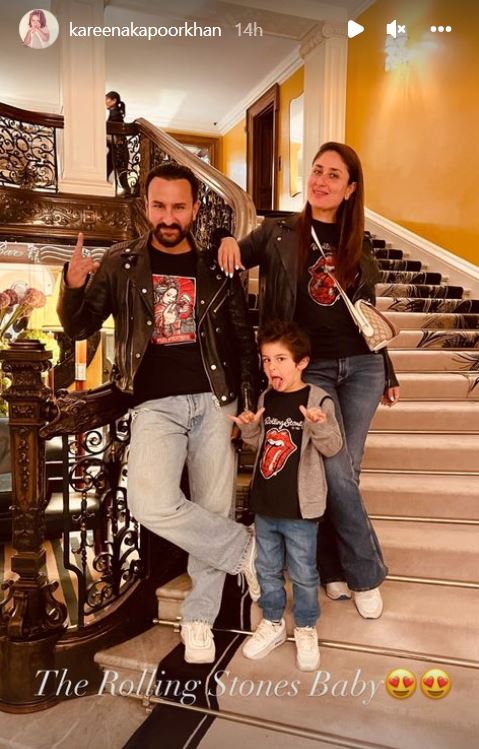 Kareena jetted off to London with her family after wrapping the shoot of her OTT debut. Tentatively, it is titled The Devotion of Suspect X. The project is an adaptation of a novel of the same name by Japanese author Keigo Higashino and Sujoy Ghosh is directing it. The thriller which will premiere on Netflix also stars Vijay Varma and Jaideep Ahlawat.

Apart from Kareena, Saif, Taimur and Jeh, the former's family members like Rima Jain, Armaan Jain and Anissa Malhotra are also in London.