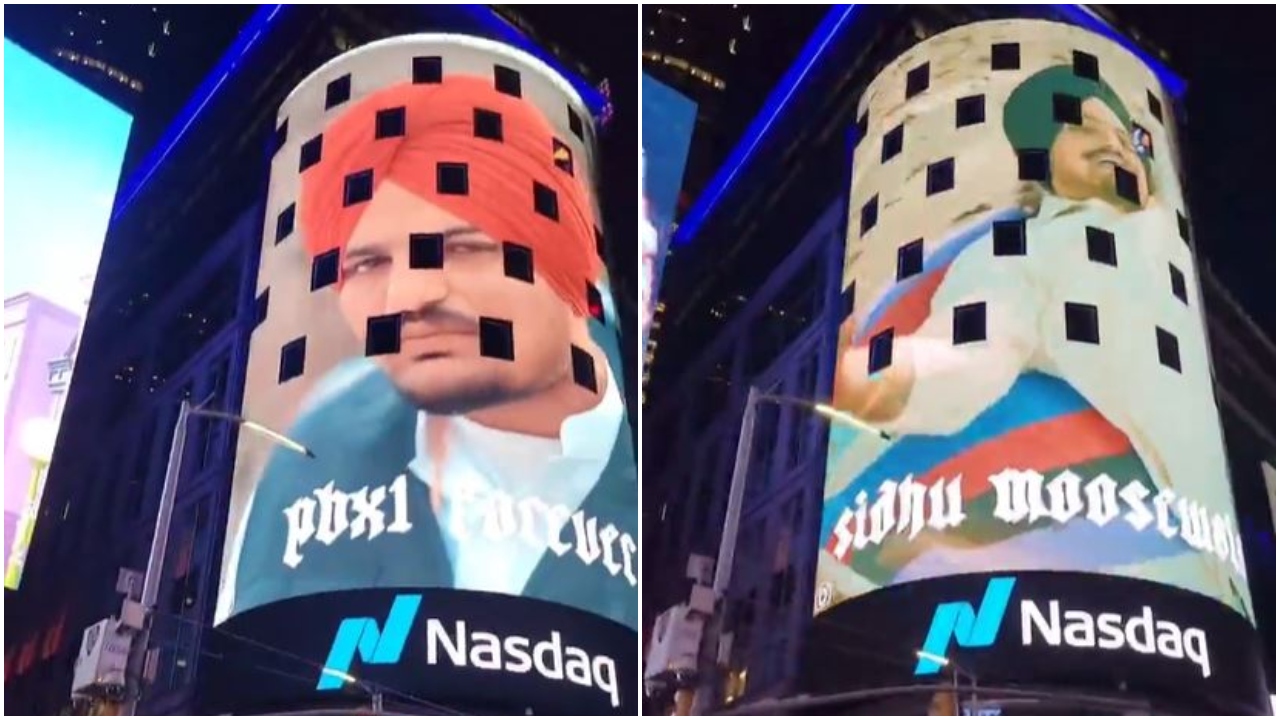 Sidhu Moosewala's birth anniversary was celebrated on June 11. It would have been the singer’s 29th birthday. Fans across the globe remembered him and paid tribute to their favourite singer and rapper. While the day was dedicated to Sidhu's songs and memories, fans gathered to watch his videos at the Times Square in New York.

In New York City, many gathered to watch Sidhu Moosewala’s videos outside the Nasdaq Market Site office, where his songs were played. A video of the same went viral on social media and made fans in India emotional.

Sidhu was assassinated on May 29 in Punjab's Mansa district. Reportedly, 30 bullets were fired at the singer, rapper and politician.