Advertisement
HomeBOLLYWOODENTERTAINMENT NEWSRanbir Kapoor clicked on the sets of an ad shoot with mom Neetu Kapoor, fans can’t keep calm to see them together onscreen

Ranbir Kapoor clicked on the sets of an ad shoot with mom Neetu Kapoor, fans can’t keep calm to see them together onscreen 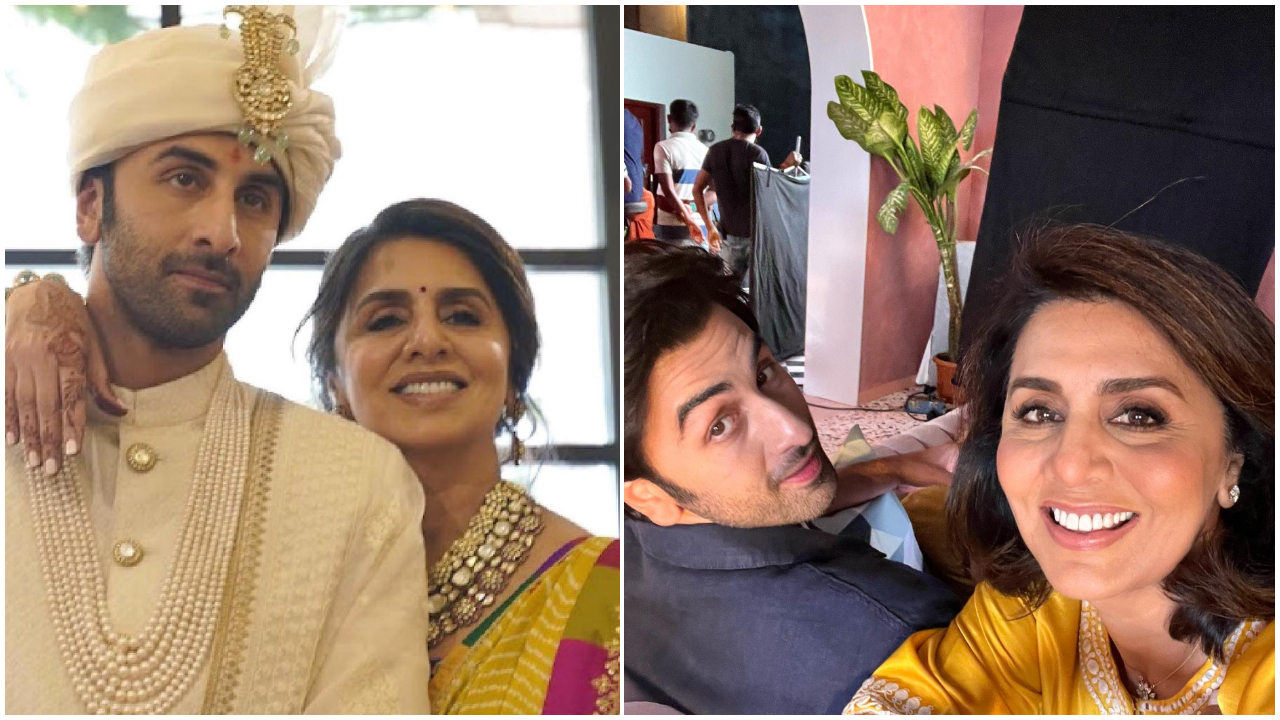 Ranbir Kapoor and Neetu Kapoor are teaming up once again but this time it’s not for a film but a brand endorsement. The actor has been spotted with his mother for the first time post his wedding with Alia Bhatt on Tuesday on the sets of the commercials. The pictures were shared by a paparazzo account and swiftly went viral on social media with netizens calling them the “best mom-son duo”.

A paparazzo account shared the photos of Neetu and Ranbir from the sets of the advertisement where they can be seen sitting at a table together in what looks like a kitchen. Neetu can be seen with a book in her hand while a glass of juice is in front of her while Ranbir can be seen reading from a booklet with a cup in his hands. Neetu is seen dressed in a yellow kurta while Ranbir looks dapper in a white T-shirt with black stripes and a blue shirt. The paparazzo account had tagged a vitamin supplement brand with their post hinting that the actors are shooting for its commercial.

The pictures appeared from the same ad shoot that Neetu had earlier shared on Instagram just days before Ranbir’s wedding with Alia. She had captioned it, “Ad shoot with my “jaane Jigar “ (heartbeat).”

This is the first time the mother-son is collaborating for an advertisement. However, they shared screen space in the 2013 film Besharam which unfortunately had tanked at the box office. The film also starred Ranbir’s late father and Neetu’s husband Rishi Kapoor.