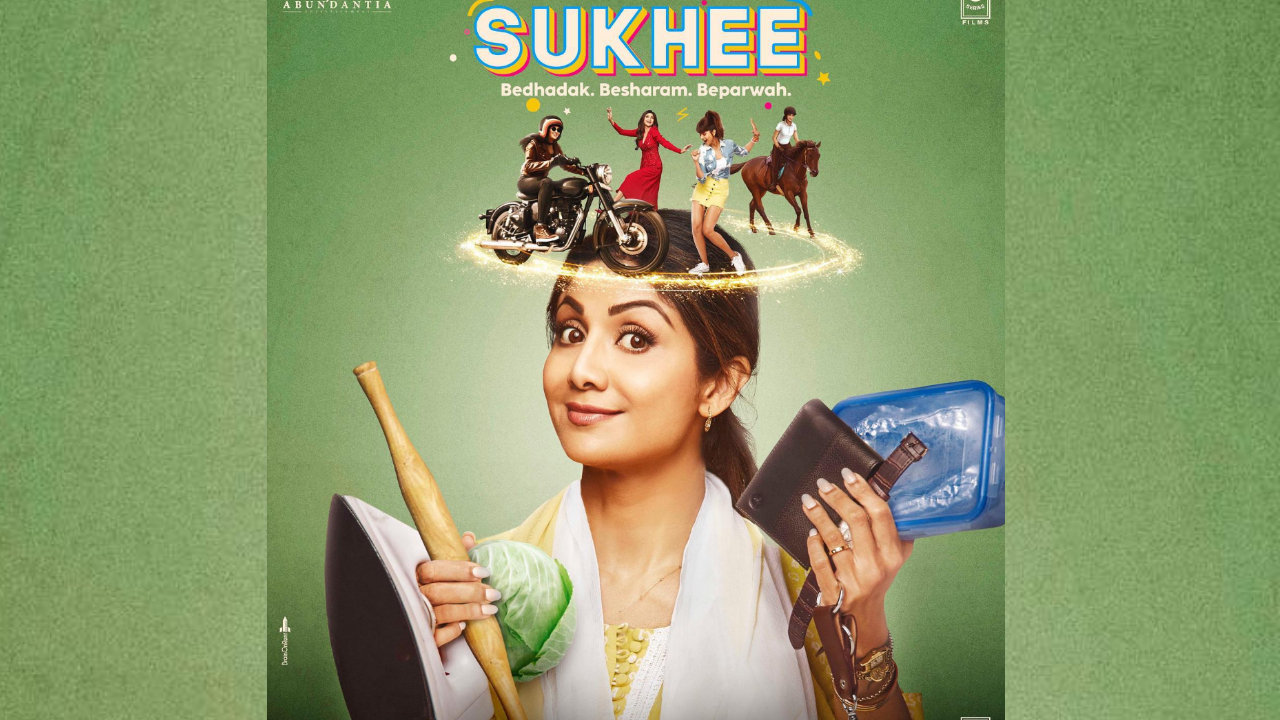 Shilpa Shetty is back with a bang! The actress took to social media to announce her new film titled Sukhee today. She shared the first poster of the film in which she plays the titular character of Sukhee.

Thrilled to announce my next, In & As #Sukhee with @Abundantia_Ent & @TSeries!

The poster shows Shilpa in a salwar kameez holding several things in her hands like a rolling pin, a cabbage, an iron, a wallet, a watch and a tiffin box. However, it also shows her in several different avatars like horse riding, riding a motorbike and dancing.

Sukhee is directed by Sonal Joshi and produced by Bhushan Kumar, Krishan Kumar, Vikram Malhotra and Shikhaa Sharma under their production banners of T-Series and Abundantia Entertainment respectively.