Advertisement
HomeBOLLYWOODENTERTAINMENT NEWSBappi Lahiri began his musical career at 3 as a child prodigy but credited Lata Mangeshkar for his success; deets inside!

Bappi Lahiri began his musical career at 3 as a child prodigy but credited Lata Mangeshkar for his success; deets inside! 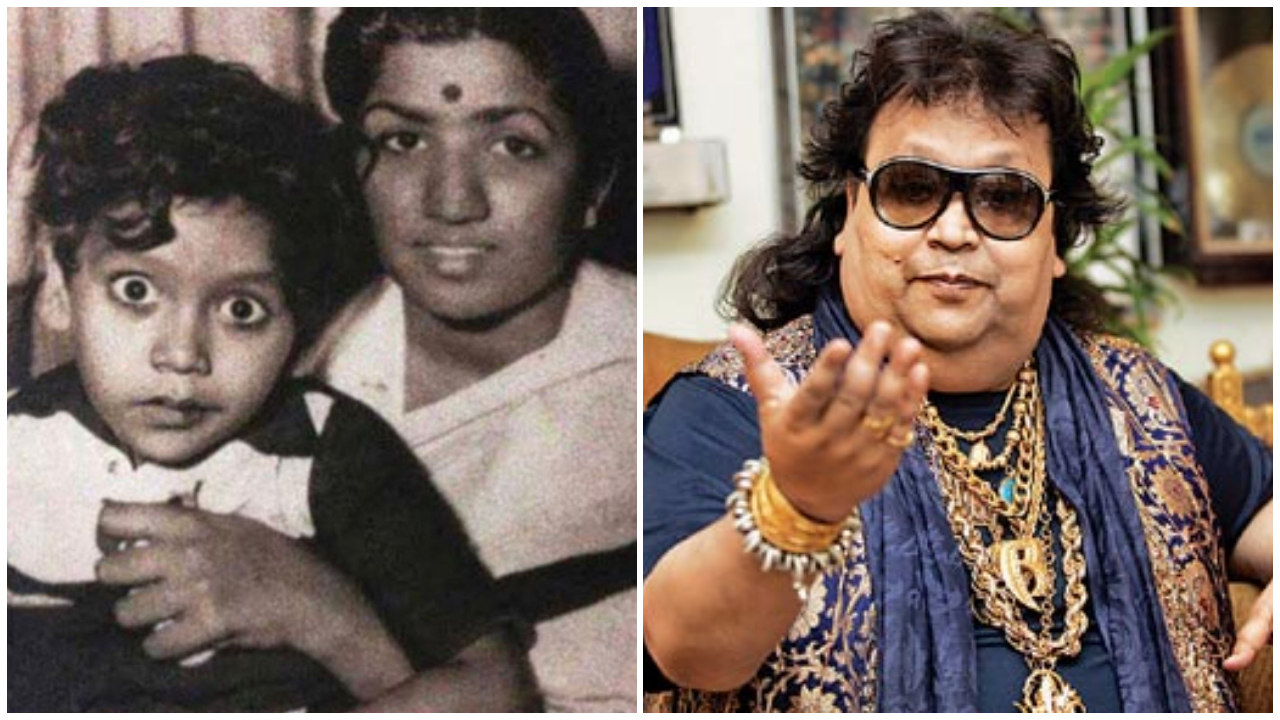 Bappi Lahiri passed away at the age of 69 leaving his fans and friends in deep shock. The veteran music composer breathed his last on the night of February 15. Bappi Da played a huge and impactful role in uplifting Indian music and introduced synthesized disco music in Hindi films creating a genre in itself. However, his tryst with music was thanks to his renowned parents Aparesh Lahiri and Bansuri Lahiri, both were Bengali singers and musicians in classical music and Shyama Sangeet and received early tutelage from them, Kishore Kumar and Lata Mangeshkar.

Bappi Da’s life had several musical influences. His maternal uncle was Kishore Kumar with whom he collaborated on several hit numbers. His musical journey started when he was only 3 years old as he began to play table at that tender age. Initially he was trained by his parents.

Known as the King of Disco of Disco King, Bappi Da credited Lata Mangeshkar for his success in Bollywood. The two had collaborated on several songs including Kaliyon Kaa Chaman, Gori hai Kalaiyaan, O Saiyaan Deewane, and many others. In throwback interview Bappi Lahiri had shared how he first met Lata Mangeshkar and how she helped him in his career. He said, “I was 4 when in the Eden Garden locality of Kolkata where we lived, Lataji came home and blessed me. I still have a picture of me sitting in her lap. She sang many Bangla songs for my father (Aparesh Lahiri) who was a well-known composer in Kolkata. From then on she has supported me. She sang my first composition in a Bengali film Daadu. If she hadn’t sung for me, I’d have been swept away by the competition.”

He also revealed that his first hit was sung by Lata Mangeshkar and said, “My first big Bollywood hit score was Aamir Khan’s father Tahir Hussain’s Zakhmee. In that Lataji sang Abhi abhi thi dushmani and Aao tujhe chand pe le jaaon. Both big hits. That film also had the Asha-Kishore duet Jalta hai jiya mera bhigi-bhigi raaton mein which was a rage. Then there were melodies in the films Chalte Chalte and Aap Ki Khatir (which had the chartbuster Bambai se aaya mera dost) which are hummed to this day. That’s how it all began for me.”

With Bappi Lahiri’s passing an era has ended.