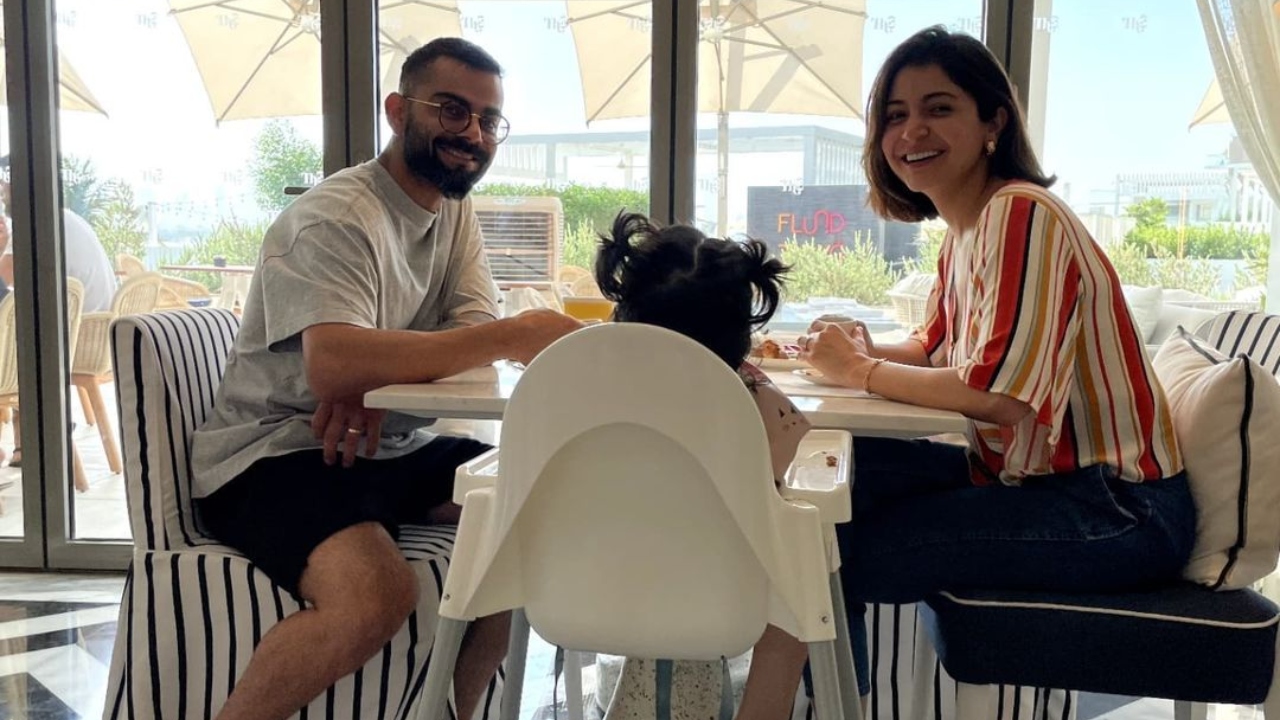 Fans were left delighted when Anushka Sharma and Virat Kohli's daughter Vamika made a brief appearance during the ongoing India-South Africa series on Sunday. Pictures and videos from the stadium went viral on social media and people couldn't stop gushing over the adorable 1-year-old child.

Hours after Vamika's first pictures and videos went viral, Anushka and Virat issued a joint statement on Instagram. They wrote, "Hi guys! We realise that our daughter's images were captured at the stadium yesterday and widely shared thereafter. We want to inform everyone that we were caught off guard and didn't know that the camera was on us. Our stance and request on the matter stays the same. We would really appreciate if Vamika's images are not clicked/published for reasons we have explained earlier." 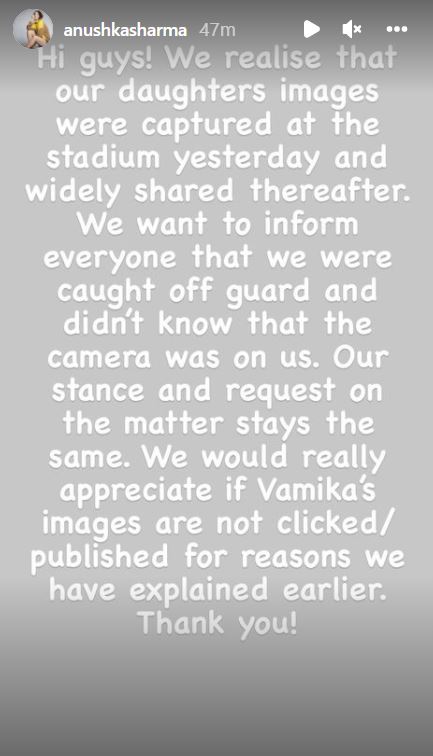 Anushka and Virat never revealed Vamika's face since her birth. They even requested the paparazzi to refrain from clicking or posting her pictures on any public platform. Respecting the family's privacy, the media never used her images.