Abhishek Kapoor-directed Chandigarh Kare Aashiqui is releasing in theatres on December 10. Starring Ayushmann Khurrana and Vaani Kapoor, the film revolves around a mind-bending love story of the protagonists. With just a week left for its release, the team is leaving no stone unturned in taking the film to different corners of the country. On Thursday, Ayushmann, Vaani and Abhishek recently visited a college in Delhi to promote Chandigarh Kare Aashiqui.

Pictures of Team Chandigarh Kare Aashiqui at the college were shared. Ayushmann, who plays the role of a fitness junkie Manu in the film, wore casuals for the visit. Vaani a.k.a Maanvi opted for a printed corset top and white pants. Director Abhishek wore a white tee and a red jacket over blue pants. 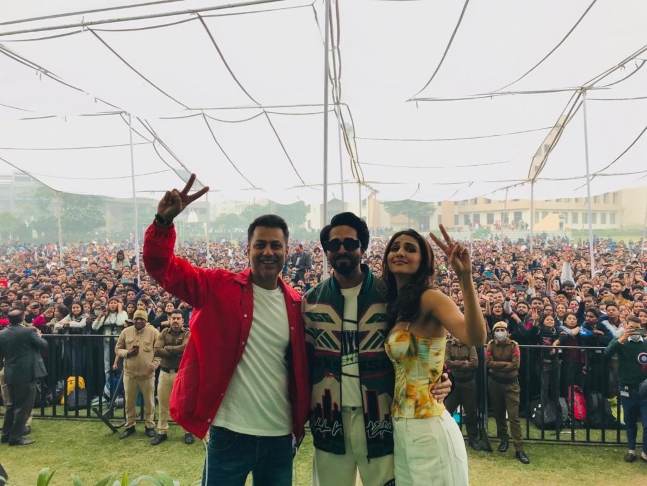 Chandigarh Kare Aashiqui is produced by T-Series and Guy In The Sky Pictures.